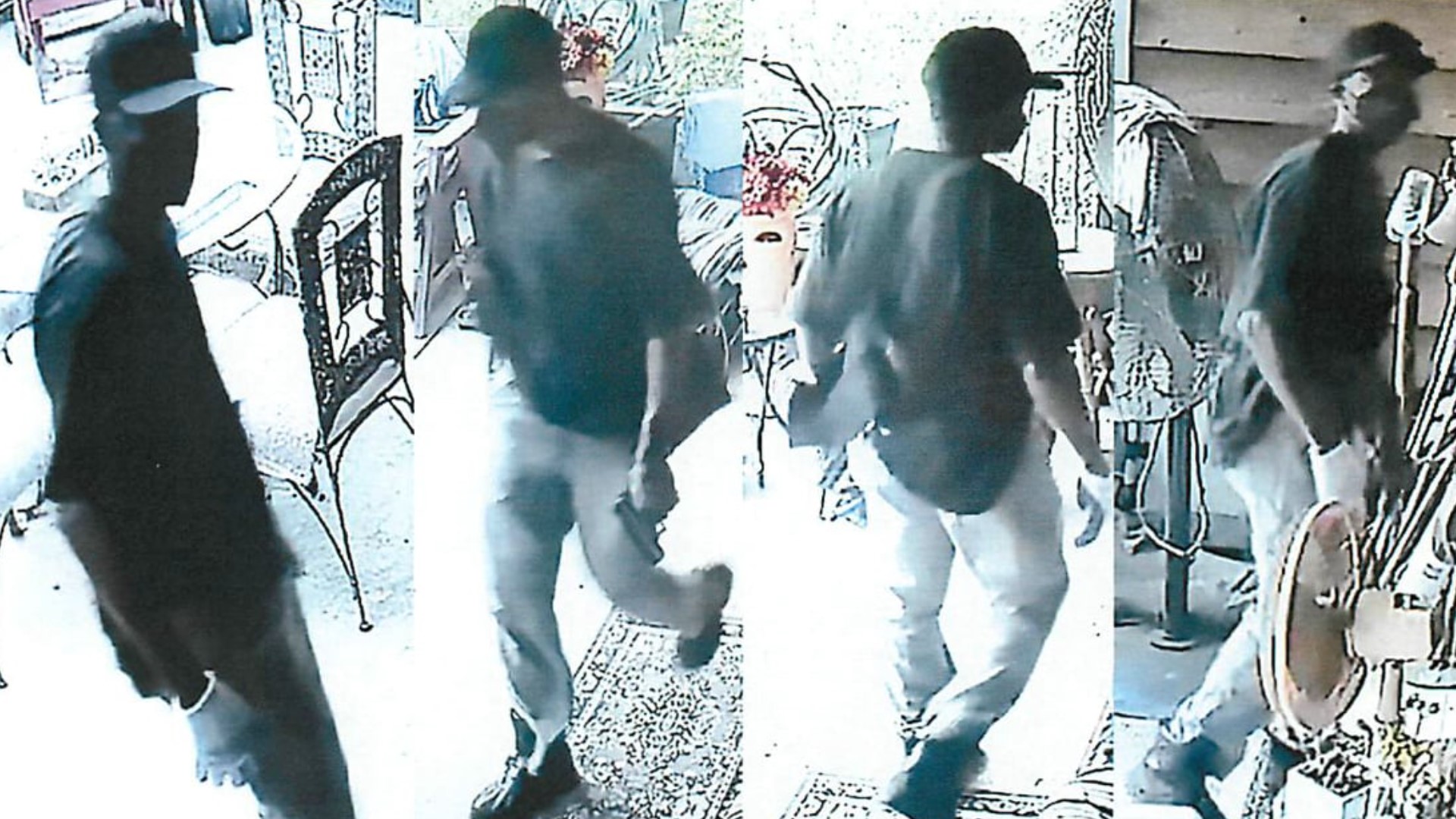 DRY BRANCH, Ga. — Twiggs County Sheriff Darren Mitchum confirmed to 13WMAZ late Monday night that a man was in custody in connection with the double homicide.

Investigators say they saw a vehicle Monday afternoon on Vinson Avenue in Macon that matched information they received about a car in the area of the double homicide.

They spoke to Rowland and saw that he matched the suspect seen on surveillance footage released earlier Monday. He was detained, and a release says investigators executed a search warrant on his home and car.

They say they found evidence linking him to the double homicide. The release does not say what that evidence is.

State Department of Corrections records show that Rowland served two prison terms: One from 1990-1999 for two armed robberies in Bibb County, and the other from 2001-2012 on charges that included four forgeries and assault on a police officer.

The Twiggs County Sheriff’s Office is asking for your help in solving the killings of Fred and Peggy White. They’re the couple found dead near their homes Saturday morning.

Investigators held a news conference Monday to announce a $10,000 reward for information leading to the identity and arrest of their suspected killer(s).

They then played home surveillance footage taken from the back porch of the White’s home on Riggins Mill Road in Dry Branch.

Sheriff Darren Mitchum said the man in the five seconds of video is who investigators believe is the killer.

Later that morning around 9 a.m. deputies received a call from the couple’s daughter. She said her parents’ home had been burglarized.

About a half hour later, a hunter found Peggy White’s body in a truck about a quarter-mile away. Her husband, Fred, was found about 200 yards away on the edge of some woods nearby.

Investigators found guns and money were missing from the White’s home. Mitchum says he knows the couple well and the case is personal for him.

He also says they believe the couple was targeted and the killings were not random. They spent Monday interviewing people who knew the couple and so far, no suspects have been identified.

Anyone with information can call Macon Regional Crimestoppers at 1-877-68CRIME.