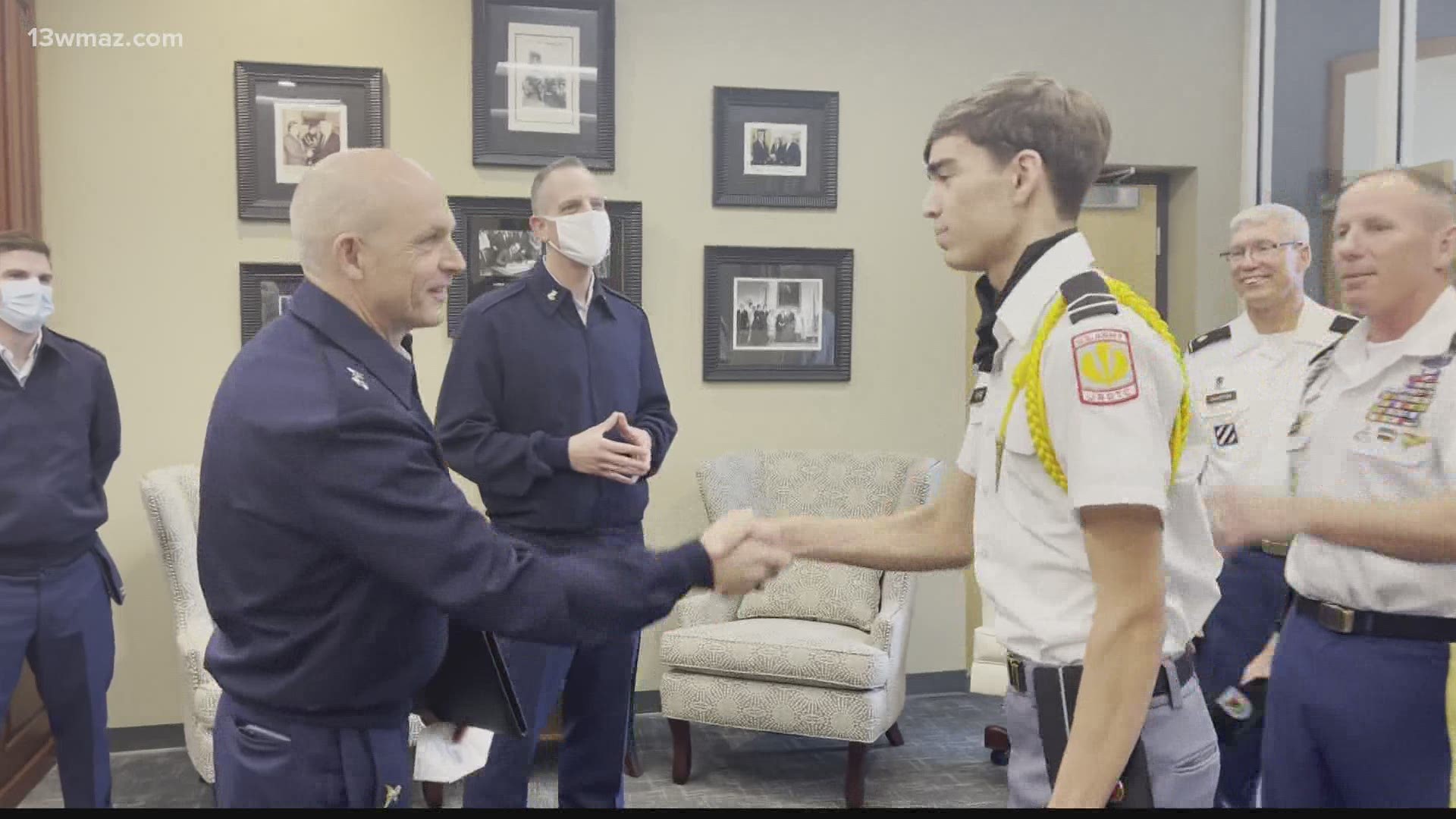 Since Kelly serves as the superintendent of the academy, he oversees the their recruitment, education, development, and graduation.

Admiral Kelly says it's important for each cadet to know they have the full support of the Coast Guard.

"It's important to show these young women and men that what they're going to potentially do in the United States Coast Guard is critically important to our nation's security," Kelly said. "During this time of COVID, it's important for me as a superintendent to reach out to them and let them know that we support them, and we look forward to having them join us in their journey starting on the 28th of June of this year."

The admiral says Georgia Military College is the environment the Coast Guard is looking for to instill military values in each student.