U.S. Department of Justice wants to phase out private prisons

Today the United States Department of Justice Announced that they plan to start phasing out the use of privately owned and contracted prisons, like the McRae Correctional Institution in Central Georgia. 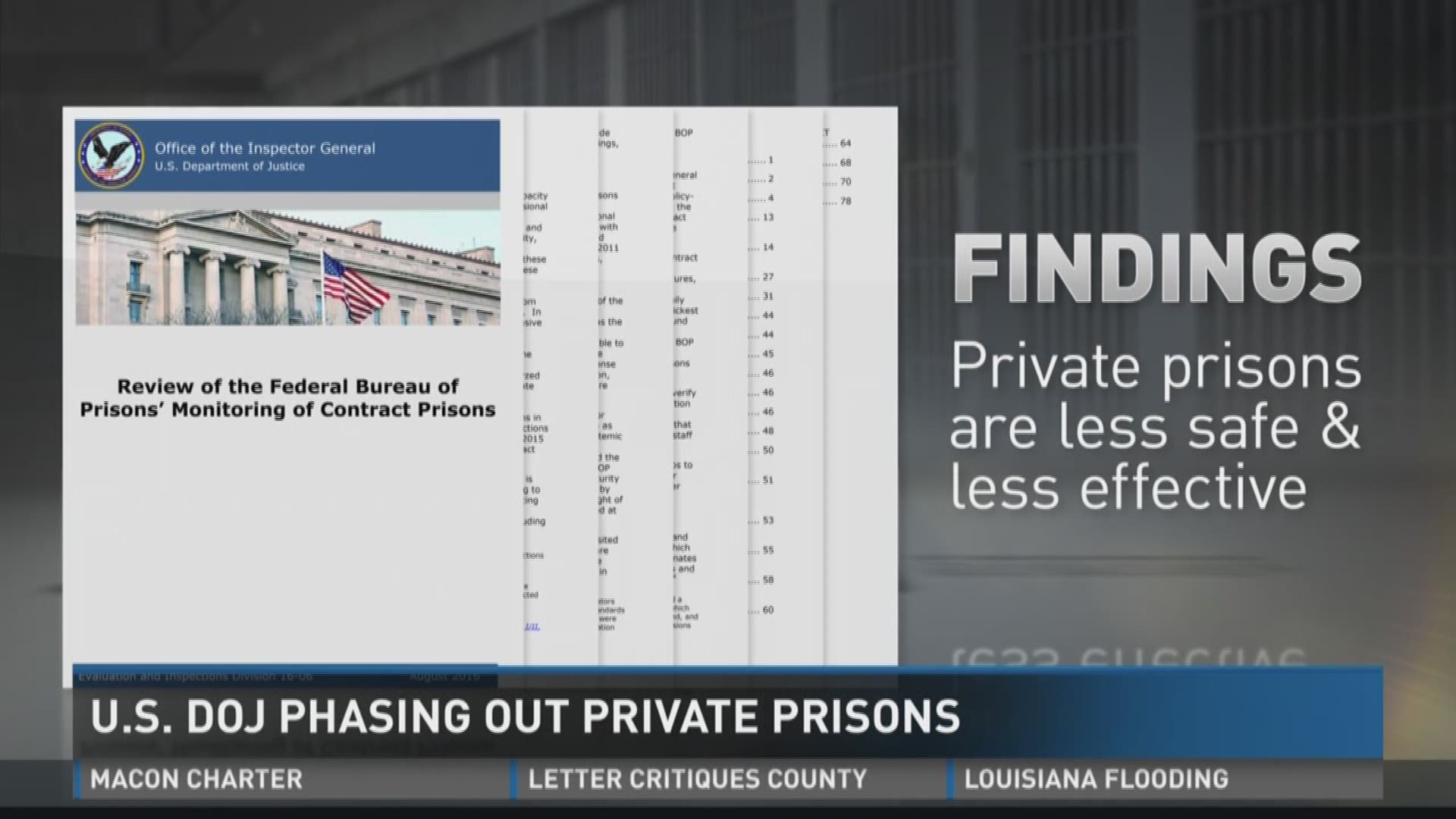 Thursday, the United States Department of Justice Announced that they plan to start phasing out the use of privately-owned and contracted prisons.

The announcement comes after the results of a study completed by the Office of the U.S. Inspector General. The OIG performed a review of how the Federal Bureau of Prisons monitors contracted, or private, prisons.

According to the Inspector General's report, in 1997 the Federal BOP began contracting with privately operated institutions to alleviate overcrowding and adhere to congressional mandates.

The Inspector General's report says that in the majority of the categories they examined, private prisons have more safety and security incidents per person than do federal prisons.

According to a blog post from the U.S. Department of Justice, their goal is to ensure consistency in safety, security, and rehabilitation services of inmates by operating their own prison facilities, and getting rid of private prisons.

The DOJ has instructed the Federal BOP to decline to renew contracts with these private facilities as they reach the end of their terms or reduce the contract in a manner consistent with the law.

The Inspector General's report says there were an estimated 22,660 federal inmates housed in private prisons in 2015. In the previous fiscal year the Federal BOP spent $639 million on private facilities.

The report also says the prisons who have contracts with the Federal BOP are operated by 3 private corporations-- one being Corrections Corporation of America--- which has a facility in Central Georgia.

"The economic impact of McRae Facility, CCA closing, would be devastating to McRae-Helena, they employ roughly 350 people, and tax base is almost a million dollars a year, and we're operating under a budget of roughly $4 million, so you can imagine what taking away from that tax base would be," says Young.

We reached out to McRae Correctional Institution to ask when their contract will end, but could not get ahold of their media relations representative Thursday.

Young also says he and his staff fully support the local CCA facility and will do anything on their end to help the employees who work there.