For us here in the South, the partial 'ring of fire' eclipse occurred during sunrise, so it wasn't really visible 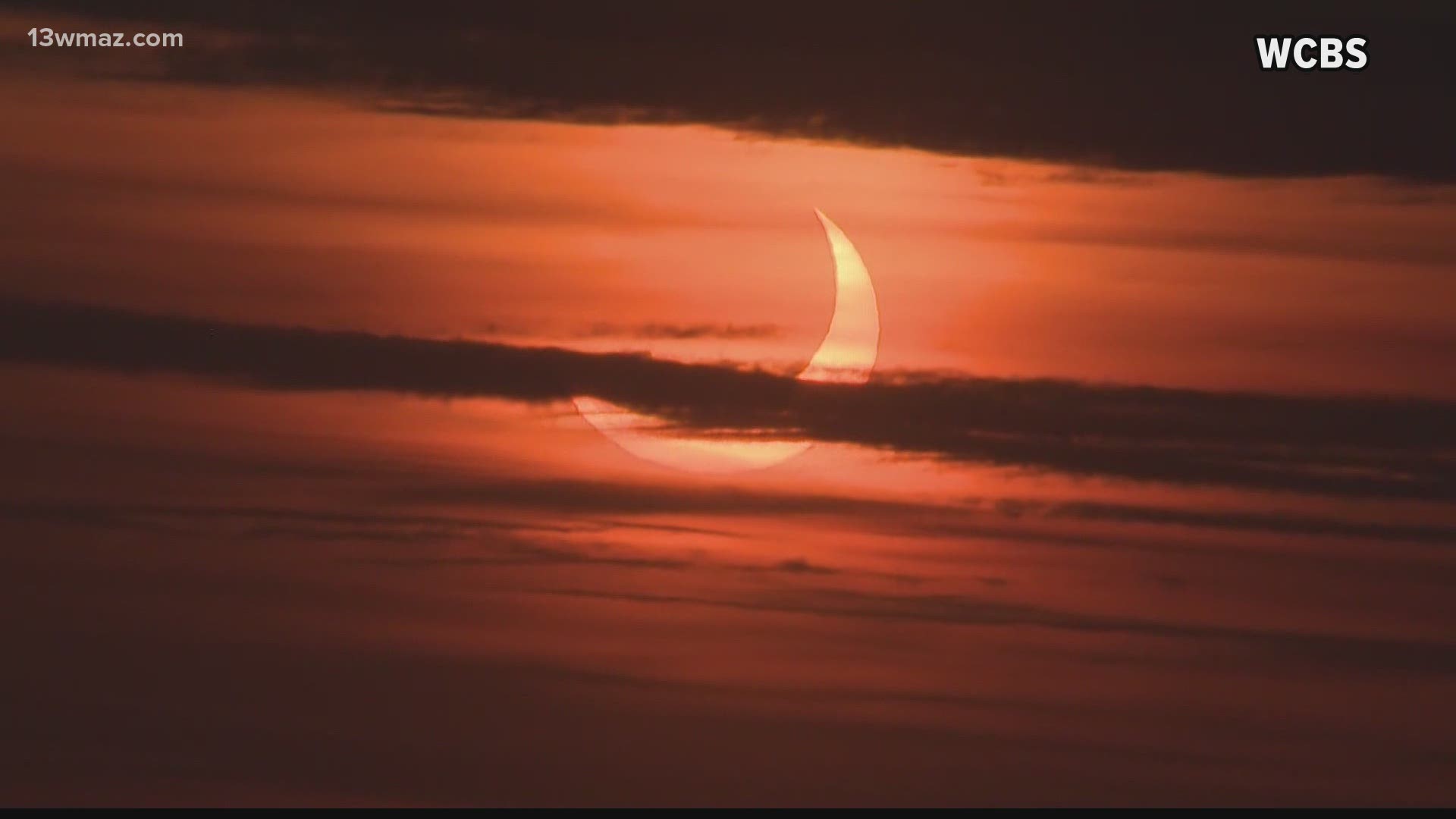 MACON, Ga. — The first solar eclipse since 2017 was visible across portions of the United States and Canada Thursday morning.

As the sun rose in the northeastern United States, a solar eclipse was visible in locations like Point Pleasant, NJ, New York City, and even more so in northern Canada.

This eclipse was a bit different from what you may remember in August 2017. That was when we had the total solar eclipse traverse the continental United States, creating a spectacle from coast to coast.

The eclipse that was visible Thursday morning was what’s called an annular eclipse, which is when the moon doesn’t cover the entire sun, creating a ring-shaped object.

It's different from 2017 when we had a total solar eclipse where the moon covered the entire disk of the sun.

Only portions of the northeast United States were able to see parts of this eclipse. For us here in the South, the eclipse occurred during sunrise, so even in the Carolinas where they had 20% coverage, they really couldn’t see it.

The maximum coverage area of the moon over the sun occurred over portions of Canada, Greenland, and Russia.

The eclipse may not have been as cool as the one in 2017, but don't worry. There's another total eclipse in April 2024 that will span from the Rio Grande Valley, through Dallas, St. Louis, Niagara Falls, and into northern Maine. So get your calendars out and pencil in a trip to the path of totality!

Yes, there is a spike in interest in 1983 song 'Total Eclipse of the Heart' whenever there’s a solar eclipse