USS Midway commemorates the 75th anniversary of the end of WWII

Three Navy veterans were on board to participate in the ceremony that included the laying of a wreath. 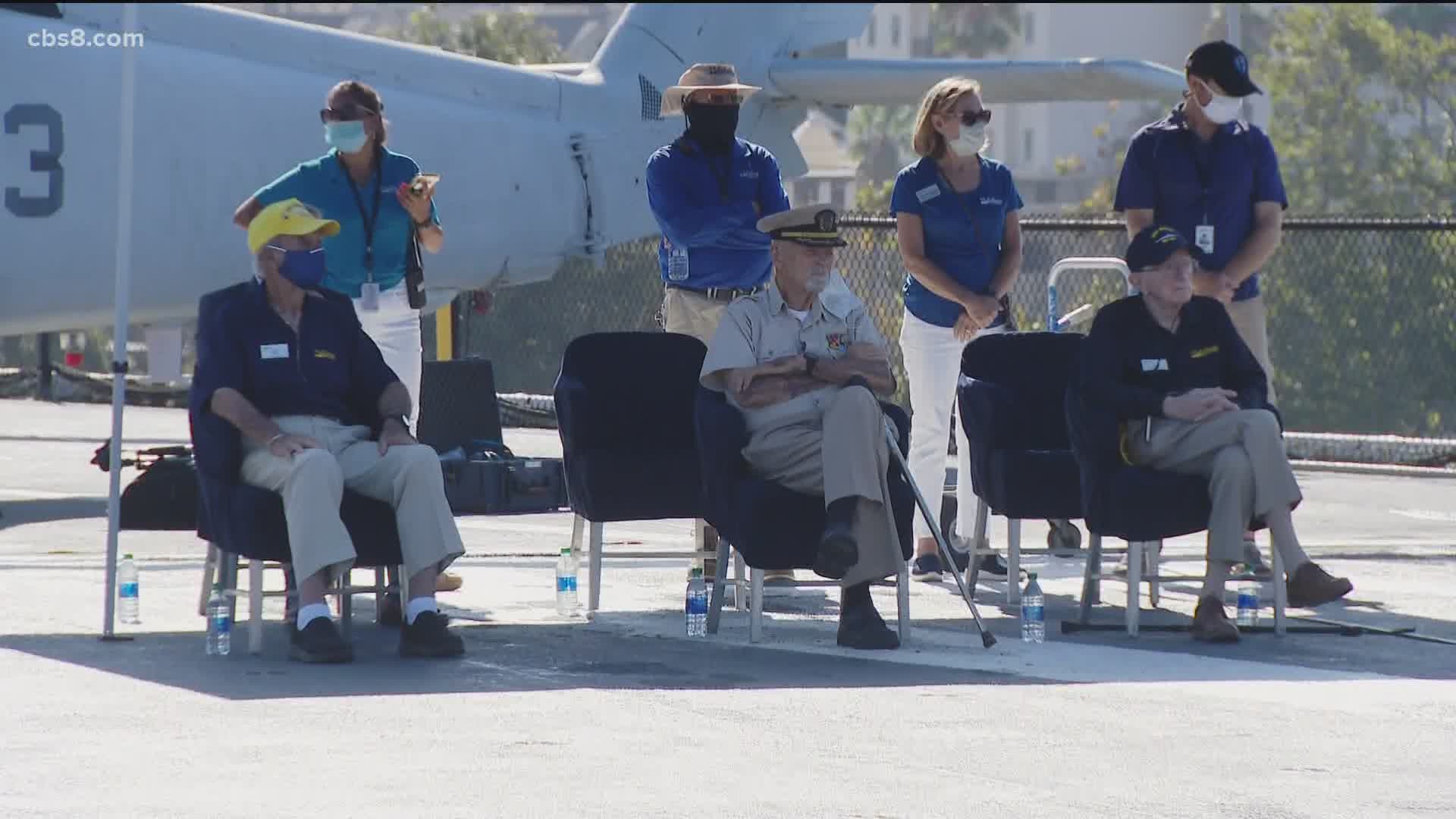 SAN DIEGO — The USS Midway Museum along with Honor Flight San Diego and the Spirit of ‘45 conducted an outdoor flight-deck ceremony commemorating the 75th anniversary of the end of World War II.

The ceremony paid tribute to America’s Greatest Generation for their service and sacrifice.

Former Naval aviators Al Hansen and Don Hubbard along with Navy vet Jack Scott were on board and participated in the ceremony. Hanson and Hubbard both flew in the Pacific Theater and Jack Scott helped support the D-Day mission on the beaches of Normandy.

During the ceremony, each of these three American heroes, who are now in their 90s, reflected on their service during the war and how they felt when hostilities finally ended.

Seventy-five years after Japan’s surrender, Al Hansen told the next generations, “There seems to be a great deal of unrest in the country, and I would like for the unrest to come to an end and for people to be kind to one another.”

Friday’s commemoration ended with a wreath-laying ceremony for all of the veterans who are no longer here.

LIVE NOW: 75th Anniversary of the End of WWII Ceremony & Announcements Aboard Midway.