"The things described in the Facebook post were not how they unfolded," said Warner Robins Police Lt Mike Wright 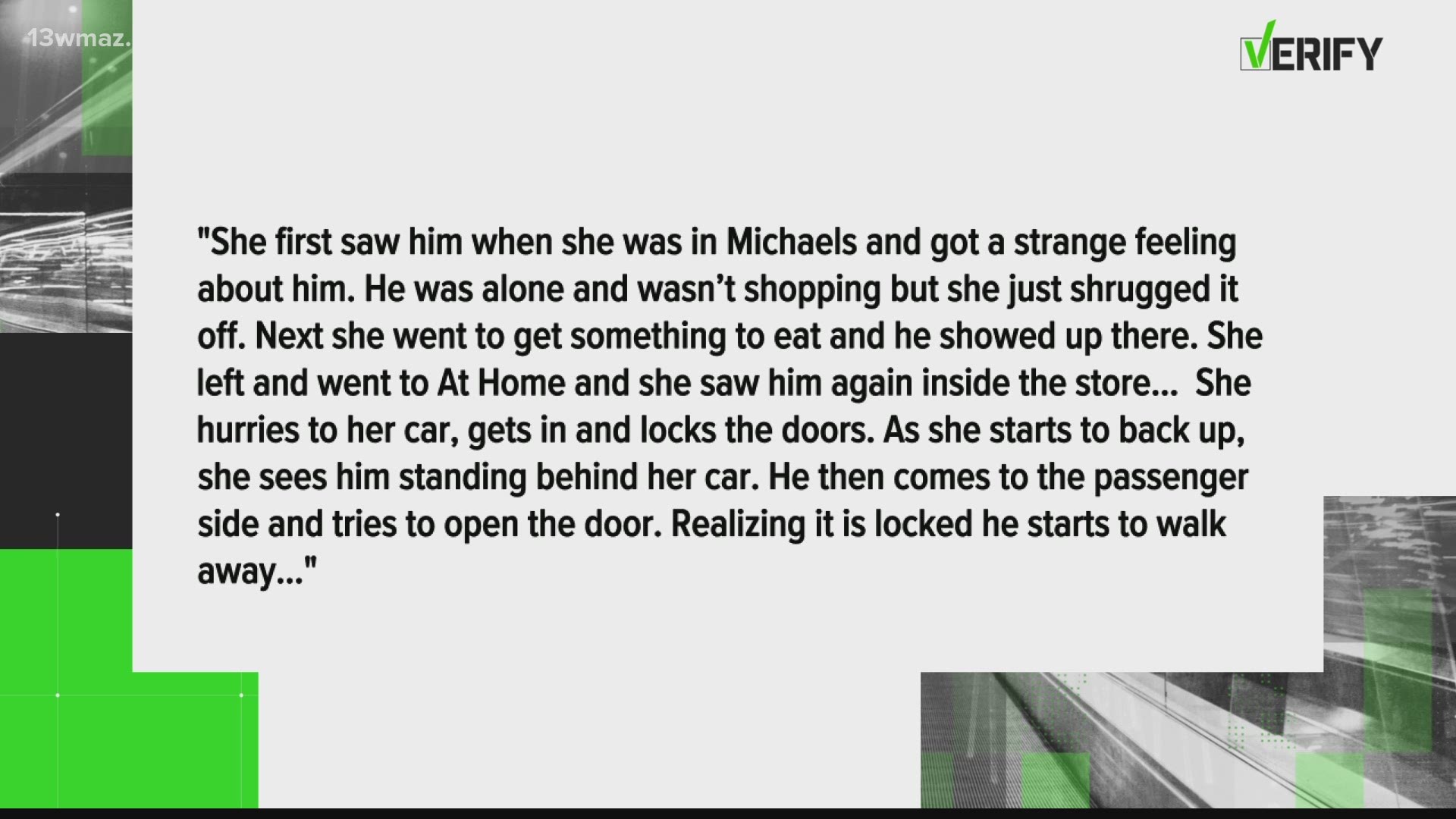 WARNER ROBINS, Ga. — A Facebook post about an alleged stalking incident in Warner Robins has been shared thousands of times.

It recounts the shopping trip of an unnamed women who was allegedly stalked from store to store by an unnamed man.

Not exactly. Warner Robins Police Lt. Mark Wright says, "the things described in the Facebook post were not how they unfolded."

The Facebook post tells the story of an unnamed woman's shopping trip from the craft store Michaels, to an unnamed location for lunch, then to At Home -- a home goods store.

The post says that the woman first saw the man at Michaels, where she "got a strange feeling about him."

It continues saying that she saw him again where she ate lunch and again at At Home, where the post says he tried to enter her car through the passenger side door.

According to Lt. Wright, who was briefed by the detective involved with the case, the alleged stalker never approached or spoke to the woman.

Lt. Wright also says the Facebook post is "not true" when it says the "man [went] to the passenger side and tries to open the door. Realizing it is locked, he starts to walk away."

Lt. Wright says that the man never touched the car and never tried to open the door.

Warner Robins Police Chief John Wagner says they are awaiting footage from At Home of the incident.