According to Gov. Brian Kemp's order, indoor gatherings of 50 people or more are not allowed unless all CDC guidelines are in place and followed 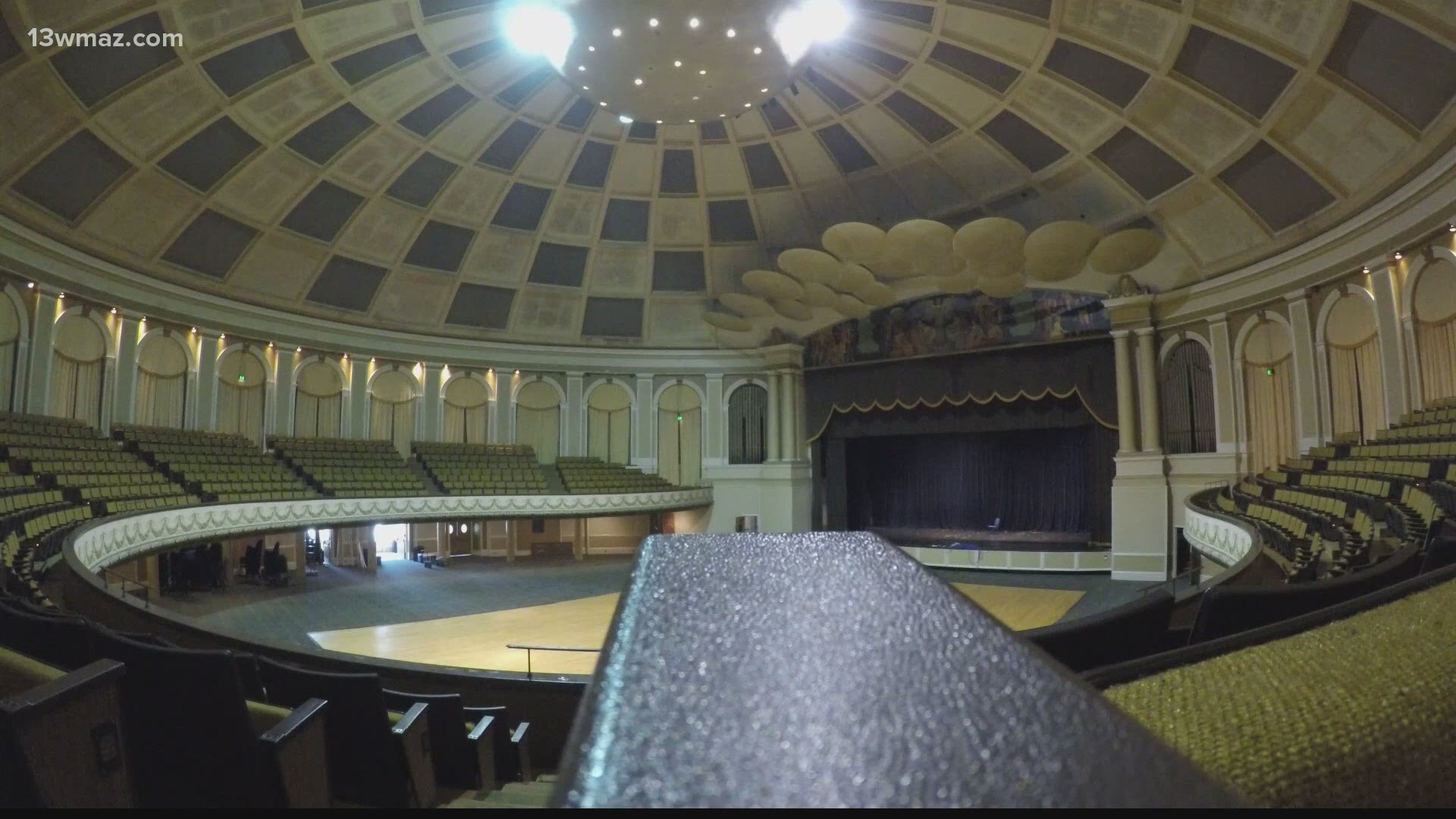 It'll be the first major indoor concert in the county since March, but is it allowed?

John Berry has performed at the Grand Opera House for the past 24 years, but this year, he'll be at the Macon City Auditorium to give the audience more space to spread out.

According to County Spokesperson Chris Floore, the indoor concert is allowed.

The state's guidelines say you cannot have a gathering of more than 50 people, unless you can guarantee all CDC guidelines will be followed.

"If we couldn't find a way to make it happen safely, then I don't believe the concert would be going forward," says Nikki Vincent, Director of Rentals and Patron Services at The Grand Opera House.

She has been a big part in moving the event from the Grand Opera House to the city auditorium.

Vincent says they will follow all of the CDC guidelines, like wearing masks and spacing out seating, to keep everyone safe.

"Making sure there is appropriate space in between each party. Front, back, side-to-side -- you're gonna have your own little bubble with your family unit."

She says The Grand had their last big indoor concert in March. They went dark until August.

Up until now, many venues in the city have been sticking to outdoor concerts.

The Grand Opera House hosts their "Broadway Does" series from their parking lot and Friday's Allman Betts Band concert will be a drive-in at the Macon Coliseum.

Vincent says they've had a few small movie screenings inside, but they are being extremely careful and skipping four seats and one row in between groups.

"We're looking forward to the day where we can say, 'Yeah, we're sold out,' and that 'sold out' looks like 1,000 bodies in the opera house, but realistically we don't know when that is going to happen."

So we can verify that yes, indoor concerts are allowed under Kemp's executive order, but only if the guidelines can and will be followed.

The city auditorium can hold 2,500 people, but only 500 will be allowed inside to see John Berry.

That holiday concert is on December 19th.