VERIFY: Is this what a 12-week-old fetus looks like?

11Alive reached out to medical experts verify the facts. 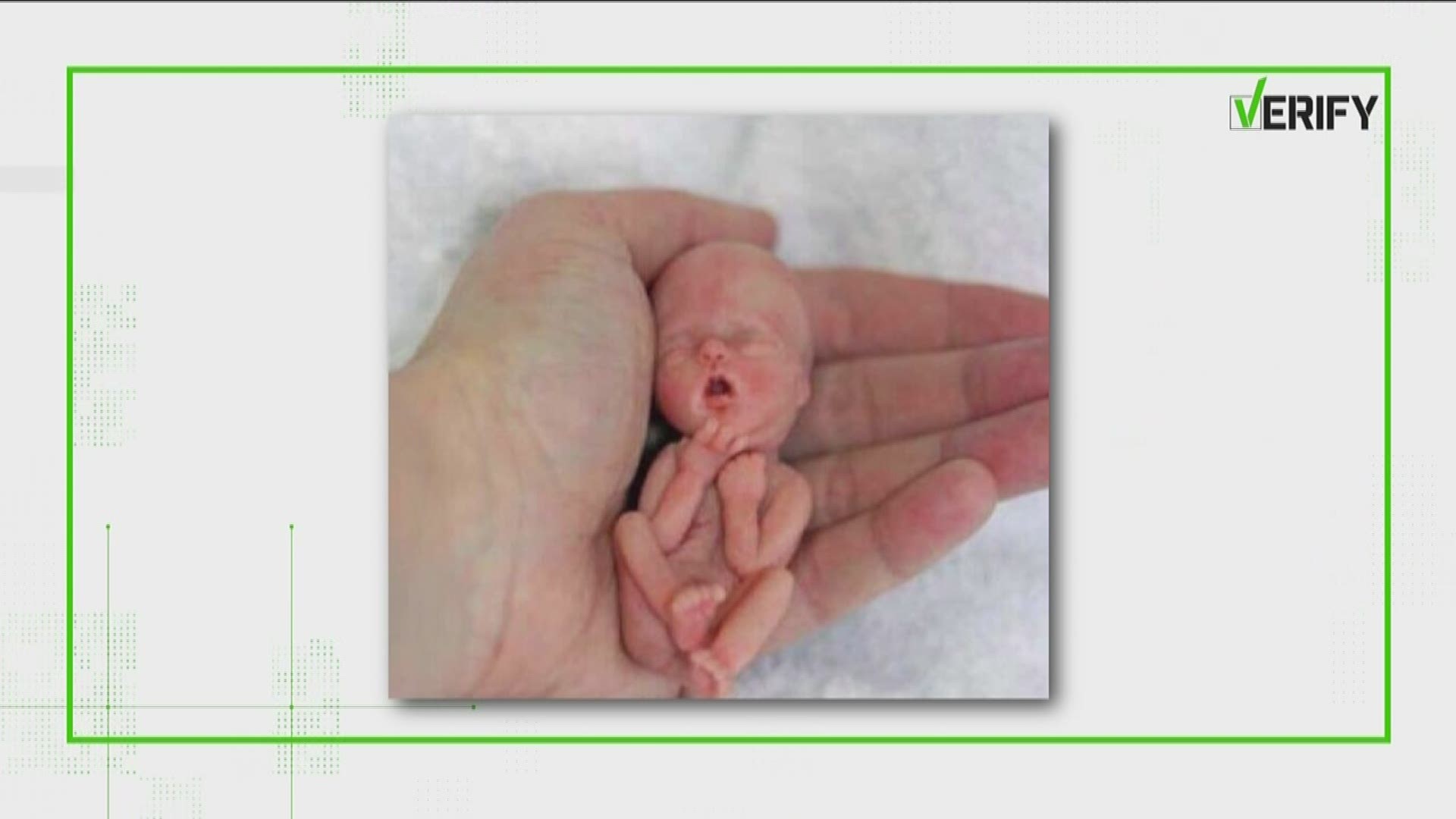 The law prohibits abortions after a fetal heartbeat is detected. That can be as early as six weeks, before many women know they're pregnant.

The photo that's circulating online shows a baby that fits in the palm of a hand. Some claim it's what a 12-week-old fetus looks like.

11Alive reached out to medical experts verify the facts.

Dr. Sarah Horvath with the American College of Obstetricians and Gynecologists said this isn't what a fetus would look like if a woman was three months pregnant.

She pointed out several differences. Dr. Horvath said they eyes and eyelids aren't full formed until the third trimester, which is after seven months of pregnancy.

Dr. Horvath also said fingers and toes are not fully formed at 12 weeks, they've only just begun to grow. And at five months, the doctor said the skin is so thin, you can actually see through it - to the internal organs. The fetus would be the size of a plum.

So does the viral photo show a 12-week-old fetus? We have verified this is false.

Verify: Are there really six donuts in a soda?

Yes, food and medication can cause false positives on drug tests

Yes, Walmart Does Sell $25 Insulin Without Prescription Or Insurance