Veterans who were based in Thailand during the Vietnam War are sending orange envelopes to Congress to fight their lack of health coverage from the VA. 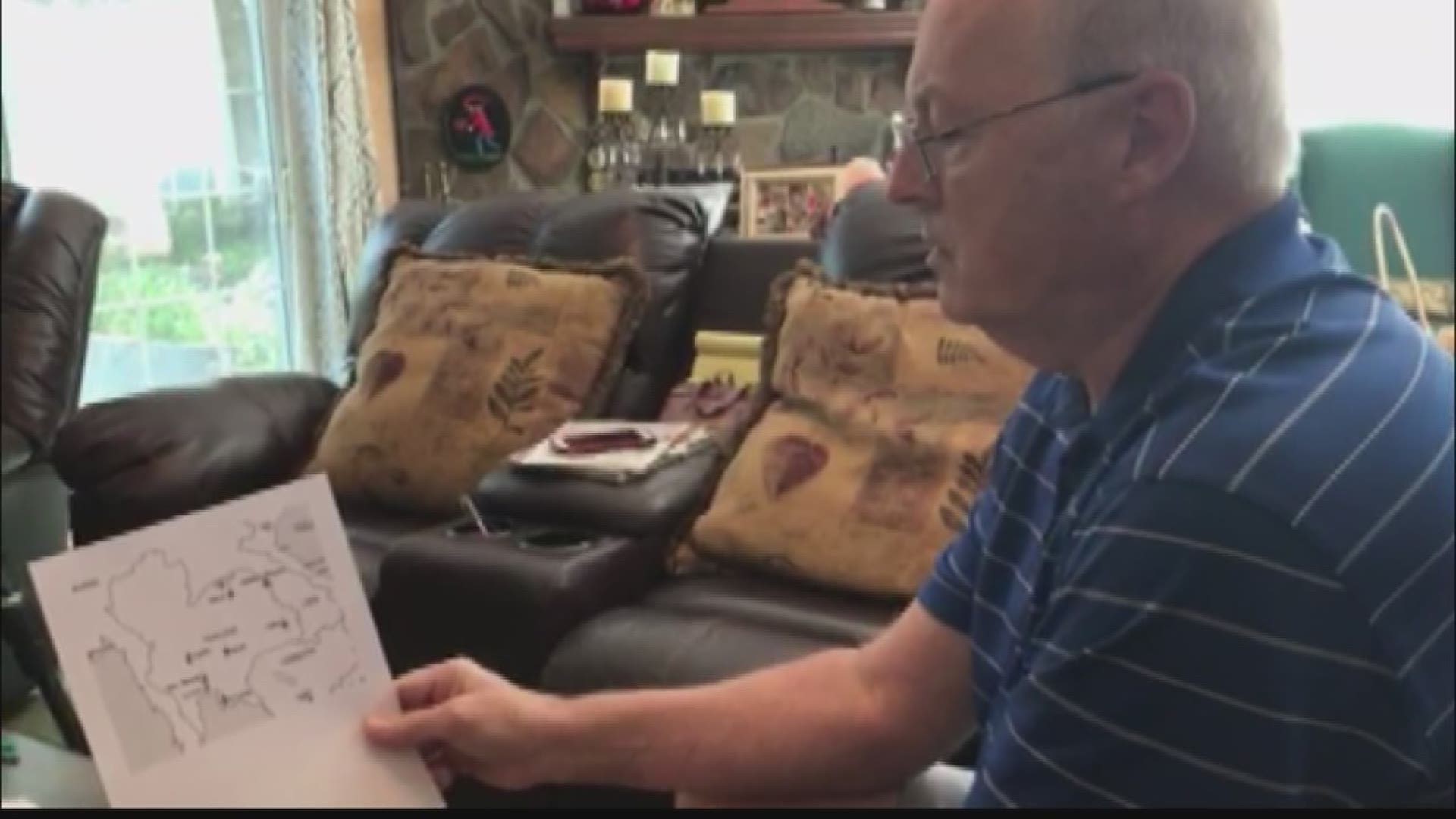 WARNER ROBINS, Ga. — Vietnam War-era veterans from all over the United States started "Operation Orange Envelope" to get Congress' attention.

They want the Department of Veterans Affairs to recognize service members stationed in Thailand were exposed to the toxic chemicals in Agent Orange.

Dana Upshaw served in the US Air Force for 21 years and spent one year in Thailand during the Vietnam War.

He says now, he is feeling the effects of Agent Orange.

During the war, the US defoliated jungles using chemicals known as rainbow defoliants, with Agent Orange being the most powerful.

Herbicidal warfare was used to destroy plants which provide food and enemy cover.

Years later, servicemen and women learned those chemicals were contaminated with toxins.

Upshaw said he was shocked when he found out, but he said it explains a lot, like the heart attack he had in the '90s, his type 2 diabetes, poor vision, and hearing loss.

The Department of Veterans Affairs says in order to claim disability benefits and health care for the after effects of Agent Orange, you must have served in Vietnam or "on or near" the perimeter of a base in Thailand.

Upshaw connected with other Thailand veterans on Facebook, and together, they decided it was time to ask the VA to widen those parameters.

He said so far, they have sent 6,000 letters in orange envelopes to Congress asking for their support and co-sponsorship of H.R. 2201, a bill that would modify the presumption of service connection for veterans who were exposed to toxic herbicides while serving in Thailand during the Vietnam War.

Upshaw was stationed at Ubon during his time in Thailand. The VA says unless your duties were "on or near" the perimeter of any one of these bases, you will not qualify for disability benefits.

Upshaw questions what they count as being "near" the perimeter. He said he worked 150 feet from the perimeter fence.

In the letter to Congress, the Vice President and President Trump, it outlines the ways the toxic chemicals could be spread through the country. It argues the VA's restriction fails to recognize over time the herbicides were spread by vehicle and foot traffic, moving supplies, aircraft and helicopter atmospheric turbulence, winds, animals, flowing rainwater, etc.

He said his claim is currently pending and the VA said he should have an answer by April 2020.

Upshaw said he knows of plenty of other veterans in his same situation who have been waiting years for the VA to make a decision on their case, and, more often than not, they are denied.

He said it's not right that a large portion of Thailand veterans are being excluded from this health coverage.

"The right thing to do is give us the presumption of service connection. If we were there, we were exposed," he said.

Upshaw said he hopes these orange envelopes are enough to get Congress's attention and make a difference.