Voters say they were in and out of polling locations in minutes. It was reported to be a smooth process 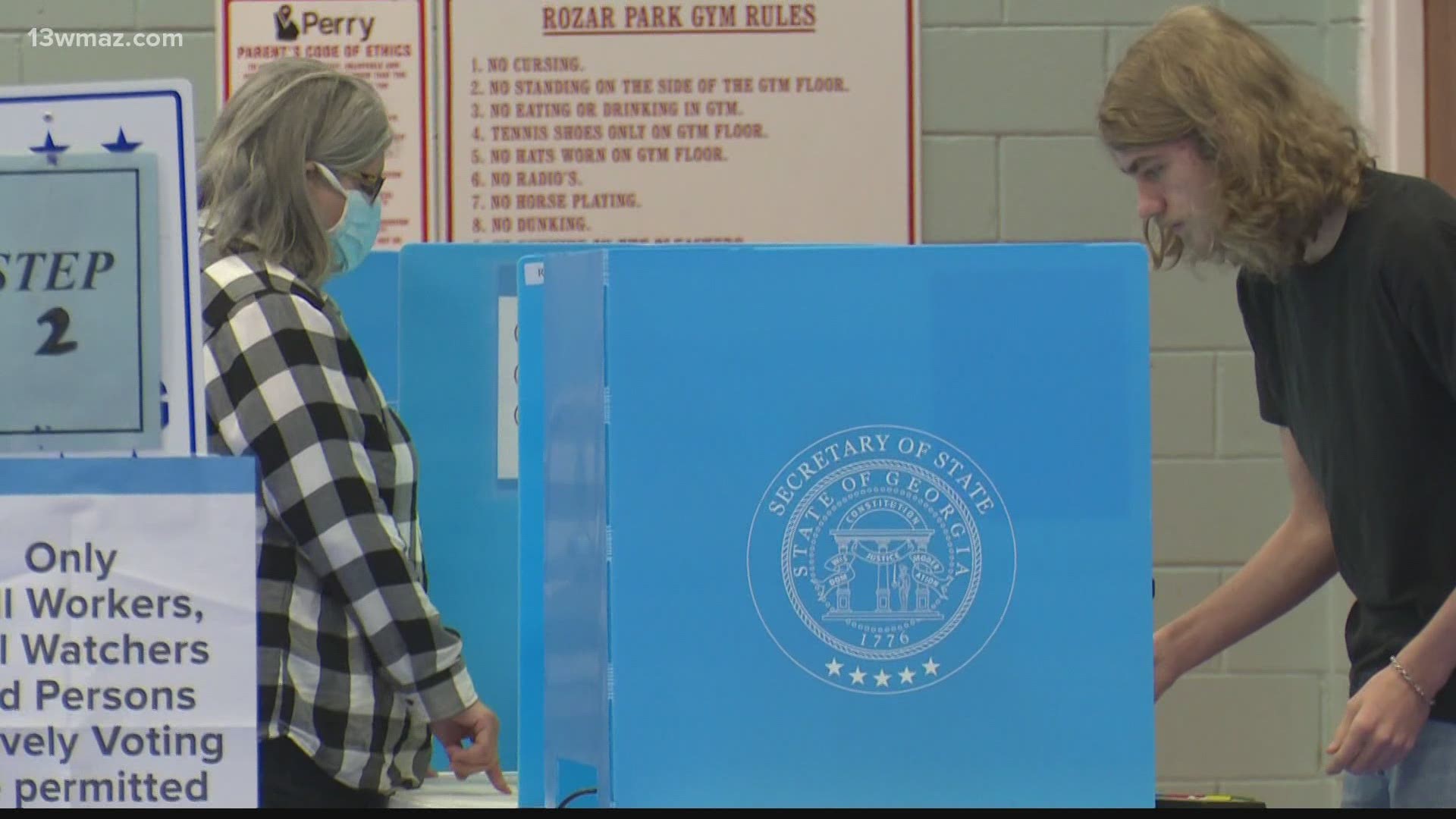 MACON, Ga. — Voters made their way to the polls Tuesday to make a decision on the Georgia Senate runoff.

In Bibb County, voters say they were in and out of polling locations in minutes. It was reported to be a smooth process, and now the real work begins for the Macon-Bibb Board of Elections workers.

Mike Kaplan with the board says with polls closing, they are getting the absentee ballots and early votes counted first, then they'll work on Tuesday's votes precinct by precinct. Kaplan says they credit the more than 40,000 people who voted early in the runoff for the short wait times.

Houston County has also reported a smooth Election Day, with no long wait times once they opened the doors Tuesday morning

Around 6 p.m., people were still making their way in to help to decide who has control of the U.S. Senate. People at the Rozar Park precinct said the voting process only took a few minutes.

Andy Holland with the Houston County Board of Elections says they hope to have all their ballots counted before they go home Tuesday night except for any provisional ballots.

Sharon Holmes from Perry says she waited until the last day to vote, but better late than never, especially in such an important election.

"I try to pick the one that I think will work better for me. Don't complain if you don't get out and try to help change. That's my thing. I want things to change. I want them to be different, and sometimes you have to pick a different person to make it different," Holmes said.

Holland says they received a little over 17,000 absentee ballots back.