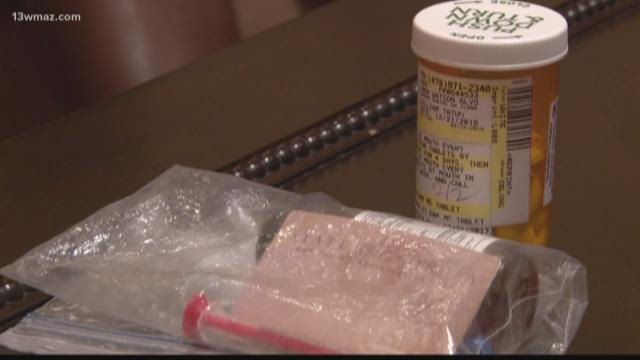 In just one year with the Warner Robins Demons, defensive back CJ Harris earned a spot as a preferred walk-on with his dream college.

But it almost didn't happen for the high school senior.

He says in his sophomore year, he had more than a dozen seizures. He didn't know when they'd happen and they started to get in the way of his sports and school work. Traditional medicine wasn't working for him.

Running out of options, he turned to cannabis oil.

"I started using it January of last year and I never had a seizure since," he said.

"It's time for Congress to act, they need to stop sitting around on this issue. They need to stand up, and speak up for young men like CJ Harris," said Representative Clark at the capital.

And back home in Warner Robins, the Republican argued the change in federal law makes sense.

"Marijuana is more illegal than cocaine," said Clark. "Are you telling me that cocaine is less dangerous than marijuana?"

CJ agrees that access to the drug needs to be expanded, but in his own life, with Auburn to look forward to, he says he's "just thankful that everything worked out at the end."

And if Representative Clark has his way, there will be more following in CJ's footsteps.