A family can move into the house for up to a year before transitioning to a home of their own. 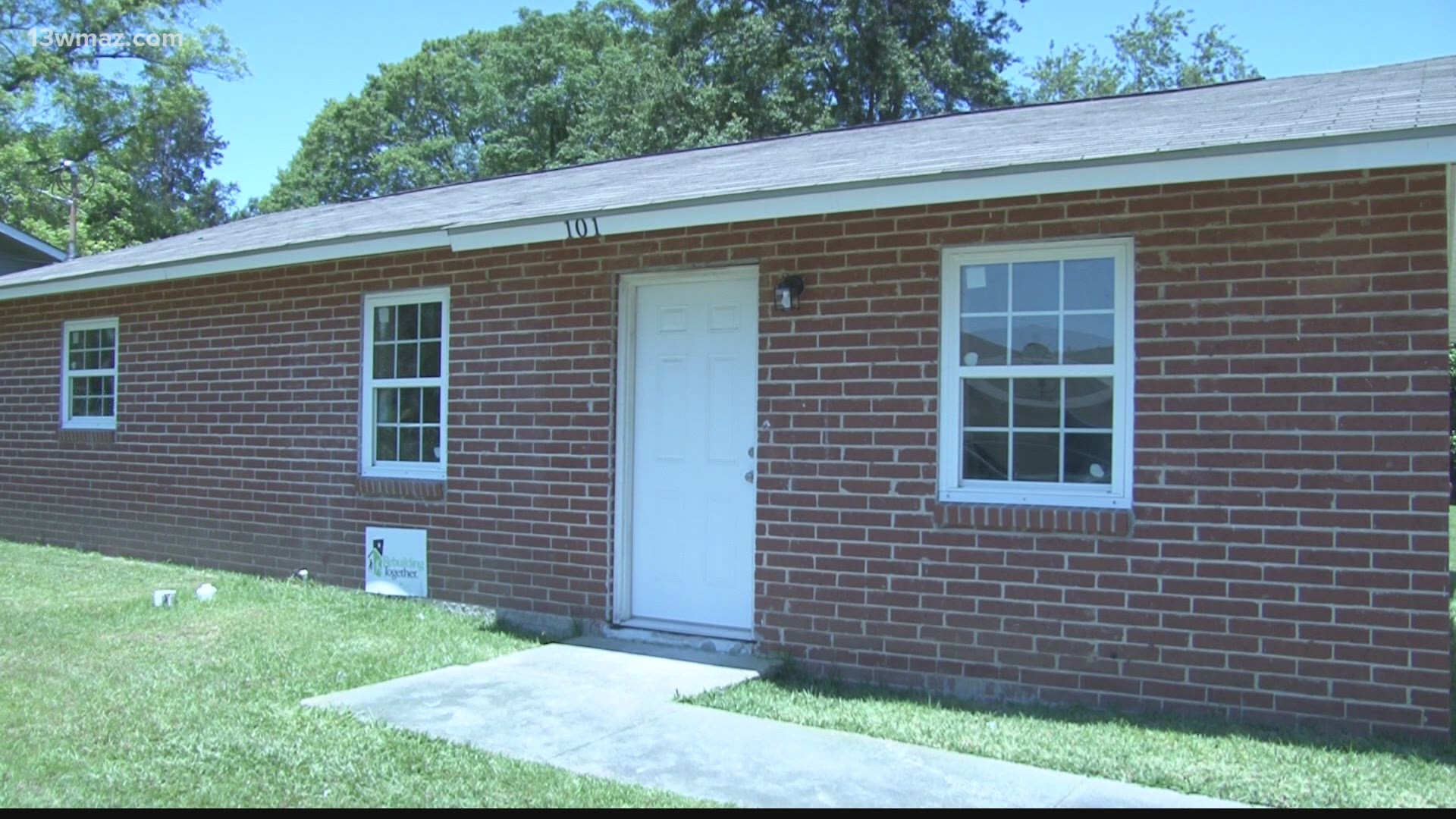 House of Promise 1 is a three-bedroom, one-bathroom house that sits on Driftwood Terrace. A family can move into the house for up to a year before transitioning to a home of their own.

“Why not empower families to accumulate wealth by owning their own home? And really we hope to inspire more low income families and younger families to put home ownership on their radar,” said Clarke.

“If you work together in the community, you can get things done,” said Stephens.

Stephens says they received two grants for the project -- $10,000 from a foundation in Alabama and $28,000 from the City of Warner Robins.

Clarke says there isn't an open application process for the house; they're working directly with lenders.

“Because we want people who are already in the process of trying to buy a home that perhaps have some challenges, and could use some time to get their credit restored or boost their credit rating. To get a better score to get approved for a loan, or to get a better interest rate, and so we're going to work directly with lenders to refer potential homeowners to us,” said Clarke.

“So, hopefully over the next 10, 20, 30 years. We can have helped, at least, 20 to 30 families, so that's why it's a home ownership pipeline. We want to help families become homeowners, over and over and over again,” he said.

Clarke says the current plan is to be done with renovations by the end of May to have a family moved in by July.