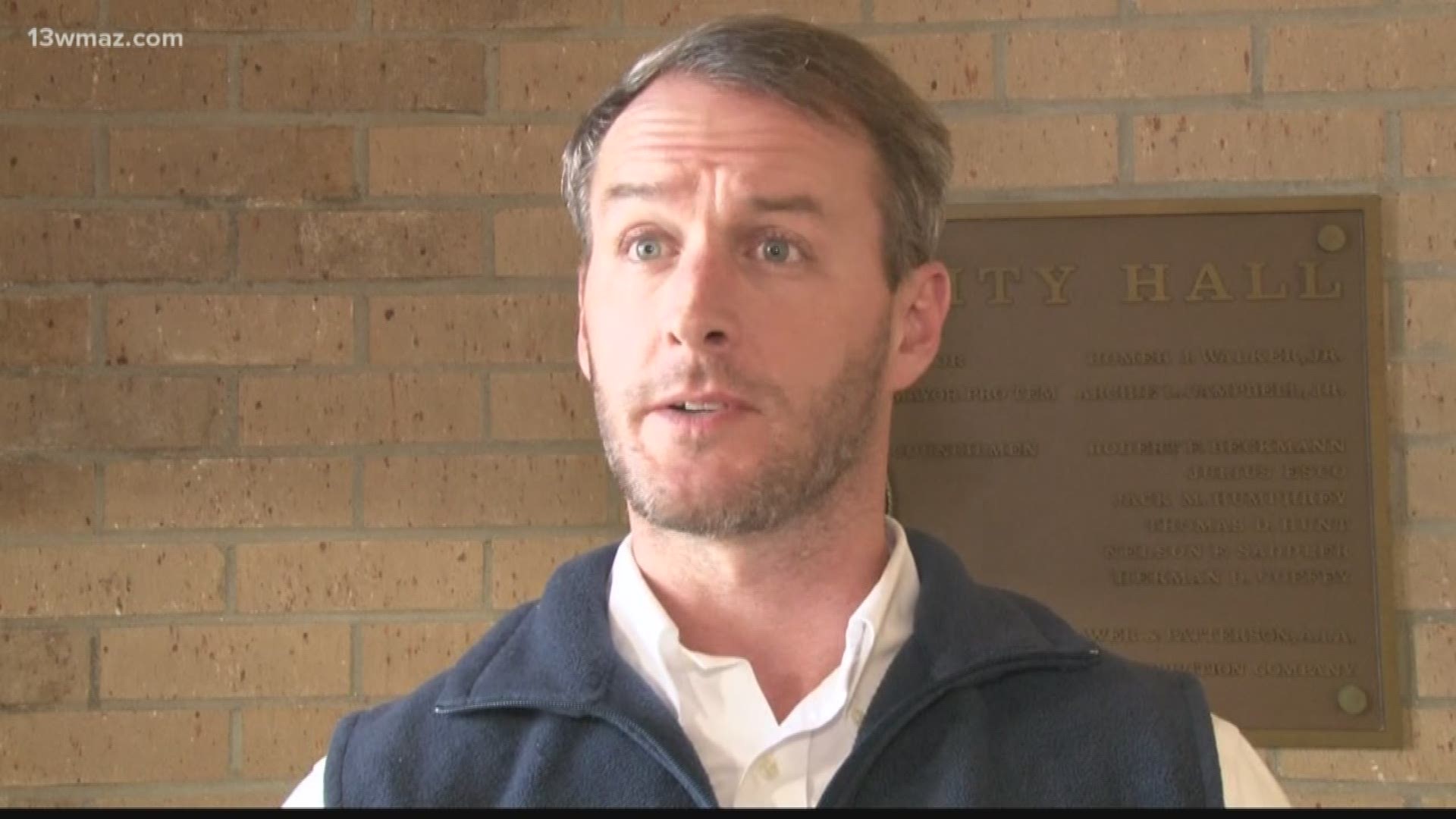 MACON, Ga. — A Warner Robins city council candidate was arrested Monday – the day before the election -- on charges of forgery and giving a false statement.

According to Houston County jail records, Eric Langston was arrested at 12:25 p.m. and bonded out less than an hour later at 1:13 p.m.

13WMAZ has obtained the arrest warrants from Houston County Magistrate Court, and they show the charges stem from a document that Langston handed to WMAZ reporter Sarah Hammond for a news story.

"I did not alter or forge any document, whatsoever," Langston told 13WMAZ on Monday following his arrest.

The original story ran on Nov. 22 under the headline: Warner Robins council candidate disputes documents that say he owes back taxes

A follow-up story was done with Langston, in which he handed the alleged forged document to a 13WMAZ reporter, where he claims to not owe any money. That story ran on Nov. 25 under the headline: Warner Robins City Council candidate offers proof he does not owe back taxes

The warrant for the charge of false statement reads:

The accused did knowingly and willfully falsify, conceal, cover up by any trick, scheme, or device a material fact/make a false, fictitious, or fraudulent statement or representation, to wit: When he presented an altered letter purported to have been prepared by the Georgia Department of Revenue which showed a zero balance for the accused's tax balance, when the original letter showed a tax balance of $4,783.74.

The warrant for the charge of forgery reads:

The accused did, with intent to defraud, knowingly make, alter or possessed any writing other than a check, in a fictitious name or in such manner that the writing as made or altered purports to have been made by another person, at another time, with different provisions, or by authority of one who did not give such authority and utters or delivers such writing, to wit: When he delivered a letter that was altered or falsified and purported to have been issued by the Department of Revenue to Sarah Hammond. 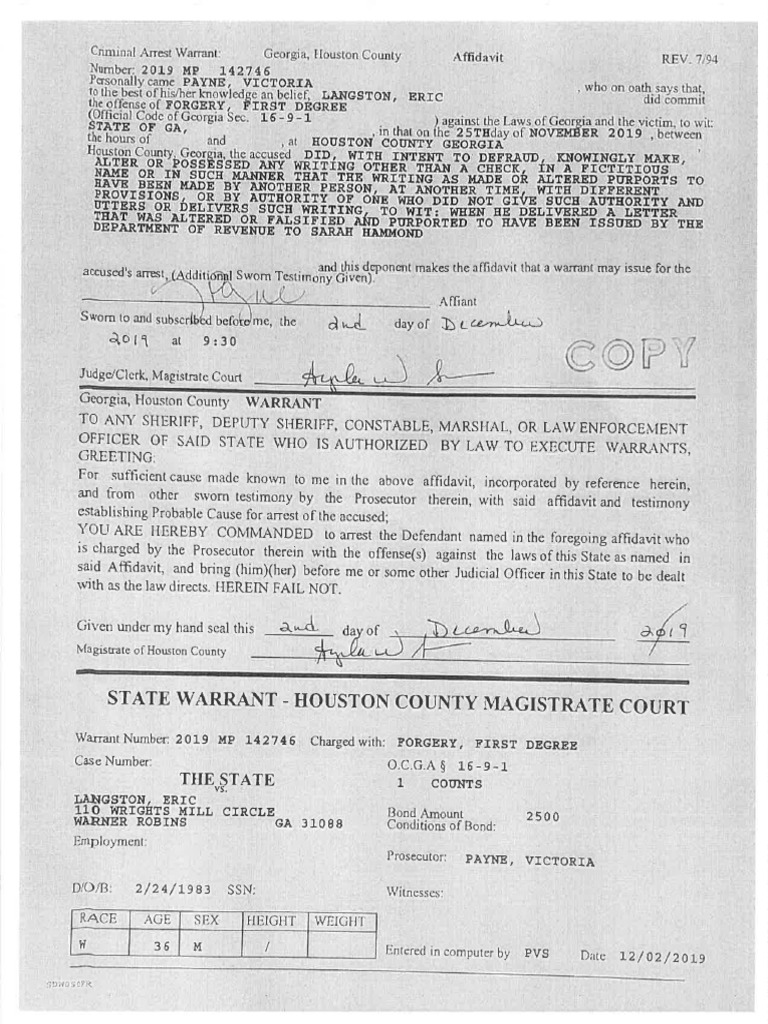 Houston County Eric Langston arrest warrants
A Warner Robins city council candidate was arrested Monday - the day before the election -- on charges of forgery and giving a false statement. 13WMAZ has obtained the arrest warrants from Houston County Magistrate Court, and they show the charges stem from a document that Langston handed to WMAZ reporter Sarah Hammond for a news story.

Warner Robins Post 2 candidate Eric Langston held a news conference hours after his arrest. In it, he declared his innocence and questioned the timing of the arrest.

"I’m shocked that this is coming out right now on the eve of election day. I'm not really sure what to say. I'm just confused. I thought these were all cleared up with previous documentation I provided," says Langston.

"This has been an enormous emotional roller coaster over the last several hours. I'm looking forward to getting this cleaned up as soon as possible." says Langston. "I'm just encouraging all of my supporters who are out there, all of my supporters who haven't voted, to get out there and cast their ballot. There's still an election tomorrow and I still believe that I'm the best candidate for the job."

Langston is set to meet Charles Bibb in a runoff election Tuesday for Post 2 on the Warner Robins City Council.

A news release from the mayor's office says, "At this time, Mr. Langston has not been convicted of anything and there is no basis under Georgia law to remove his name from the ballot."