The owners of D&D Burgers Wings N Things say they're ready to serve up burger baskets, wings, and tornado fries. 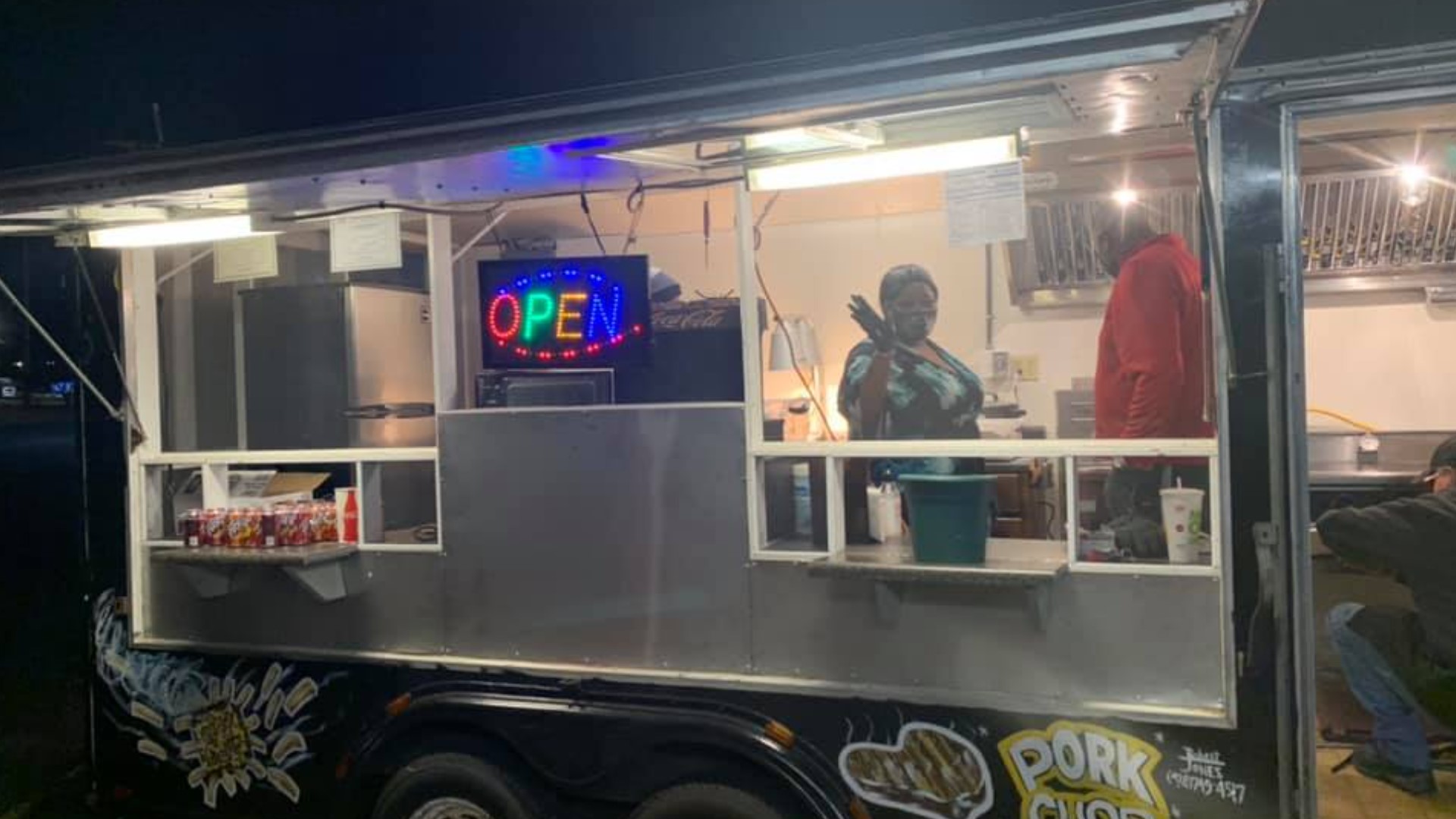 WARNER ROBINS, Ga. — The owners of a new food truck say they’re excited to start serving up burgers, wings, and fries to people in Warner Robins.

Doretha says opening a food truck is her husband’s dream.

They first started out by making food to feed people suffering from homelessness or selling it at their church to give the proceeds to charity.

When the pandemic hit and they saw a food truck for sale one day, they decided to take the opportunity to get started working on their goal.

That’s how she and David decided to open the business. Its name, ‘D&D’, stands for the couple’s first initials.

Doretha says those stand for her and David as well.

“The King burger is a jalapeno burger and it’s with double patties on a bun, and the Queen patty is a single burger,” she said.

She says those burgers and hot dogs make D&D stand out from the other food trucks, along with the tornado fries -- a loaded fry basket with shrimp, chicken, ground beef, jalapeno peppers, and melted cheese.

Doretha says it feels “great” for her and David to fulfill their dream.

“We are happy, and we are very excited about D&D burgers,” she said.

She says people can catch the D&D Burgers Wings N Things food truck at 1758 Watson Boulevard after they have their grand opening next week.

The couple hopes to start pulling up at Robins Air Force Base and at Frito Lay soon. In the long-term future, David and Doretha want to turn D&D into a restaurant.

“We’re looking to be something great here in the city of Warner Robins,” she said.