'We got to get it done this time': Warner Robins Demons seniors hungry for GHSA 5A title 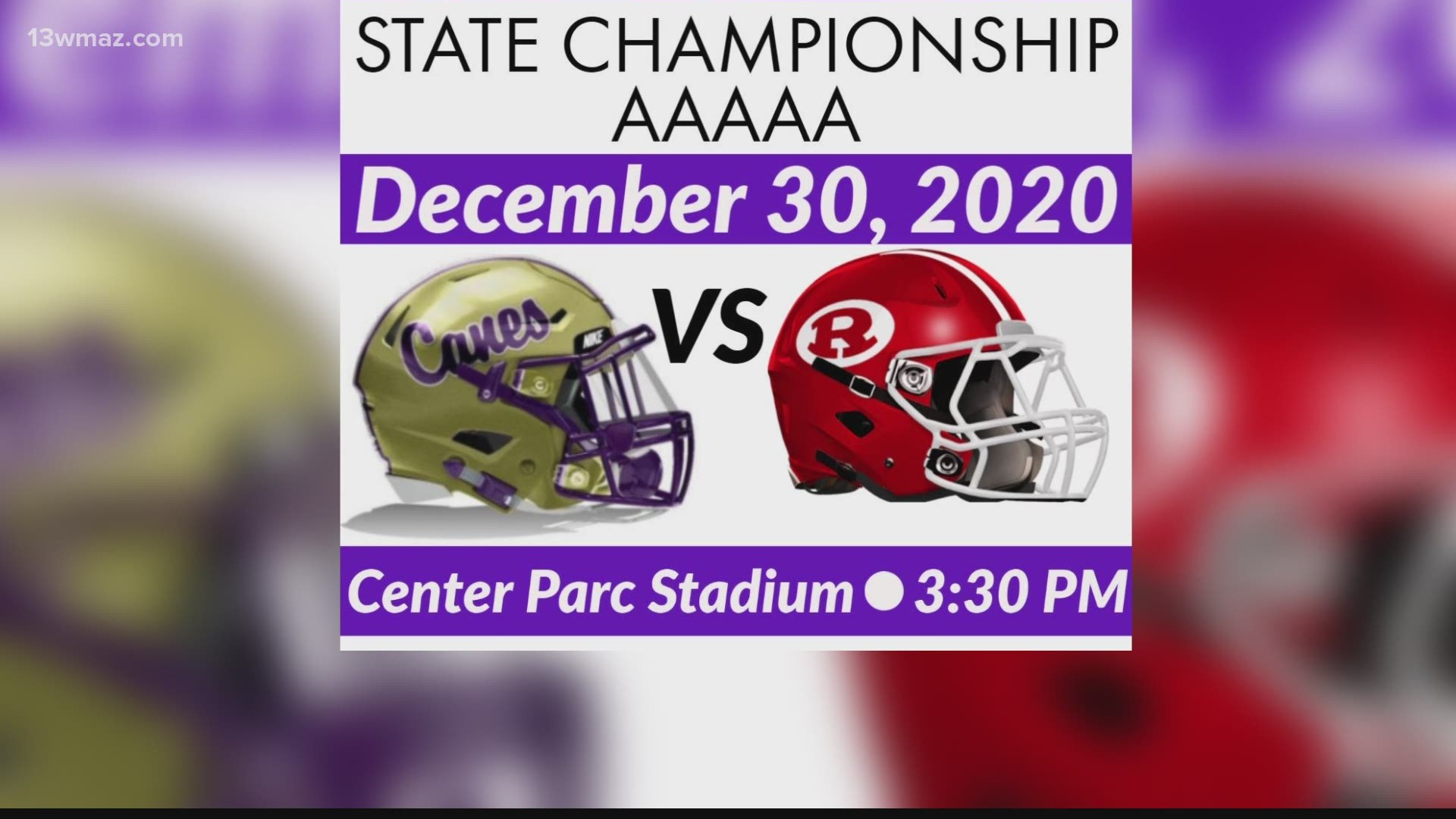 WARNER ROBINS, Ga. — They say it’s the most wonderful time of the year, and it’s also a familiar one for members and fans of the Warner Robins Demons.

They’re preparing for their fourth consecutive championship appearance on Wednesday against Cartersville.

The Demons are coming off a program record clip of entering their 59th game since 2017. This season they will only play 14 games because of a canceled game due to COVID-19 protocols with Coffee County.

Four seniors playing have an even more unique piece of history. Before coming to high school, they played for county championships in middle school and won back-to-back in 2015 and 2016 with the Bonaire Jaguars.

Linebackers Ahmad Walker and Barrett Batten, as well as defensive linemen Santana Willis and Javar Jordan say this year it's time to finish a prep career on a winning note.

“[It’s our] fourth time being here. We got to get it done this time. We ain't losing. Just go ahead and put it like that, we're going to get us one this year,” said Jordan.

“It’s good to finally be here and finish out my last season on top,” said Batten.

“It makes me feel great. I just give the glory to God and it's just a winning tradition. I don't like to lose, I just like winning,” said Walker.

“It’s unreal. My sophomore year I was cheering my teammates on from the bench. My junior year stepped up and had better playing time on the defensive side of the ball, and senior season I solidified my position. I'm going to do whatever it takes to help my team win,” said Willis.

The Demons’ senior class record is amazing. They’re 51-7 with three 5A runner-up appearances.

Come Wednesday, they’re looking for win #52 and their first state championship since 2004. It would be the program’s fifth overall.

And over across the sidelines with Cartersville is a Central Georgia connection.

Former Houston County football player and graduate Joshua Flowers is now the tight ends coach for the Hurricanes, which makes for a homecoming of sorts when the two teams collide at old Turner Field (the home stadium for Georgia State).

That game will be played Wednesday, Dec. 30 at 3:30 p.m.  We'll have highlights, scores and more for you then.