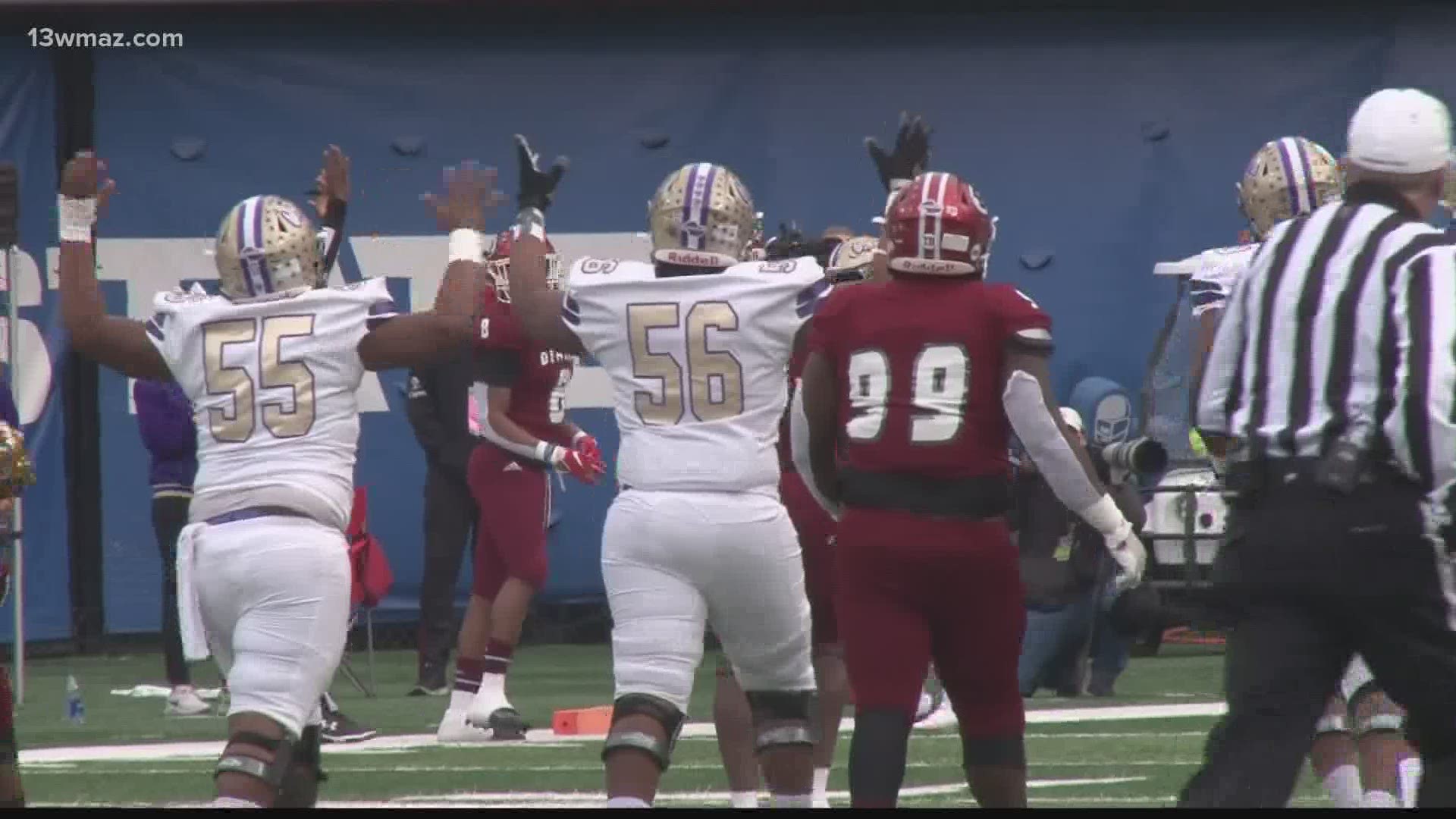 They are the new GHSA 5A title holders after a staggering 62-28 win (yeah, you read that score right) against the Cartersville Hurricanes in Atlanta Wednesday evening.

Wednesday’s title game marked a program record 59th straight game since 2017 and was a perfect closer to a season marked by the COVID-19 pandemic.

It was the team’s fourth consecutive championship appearance, so in addition to being a HUGE accomplishment for the entire team, it’s likely that win is even sweeter for the senior players.

Earlier this week, 13WMAZ caught up with four seniors who have been playing together since their middle school days with the Bonaire Jaguars.

With the championship win, the senior class is finishing their prep careers with an incredible 52-7 record. It’s also the program’s first championship win since 2004 and fifth overall.

'We got to get it done this time': Warner Robins Demons seniors hungry for GHSA 5A title