Robert Wood's lawsuit says other city officials have lied about him, harassed him and tried to push him into retirement 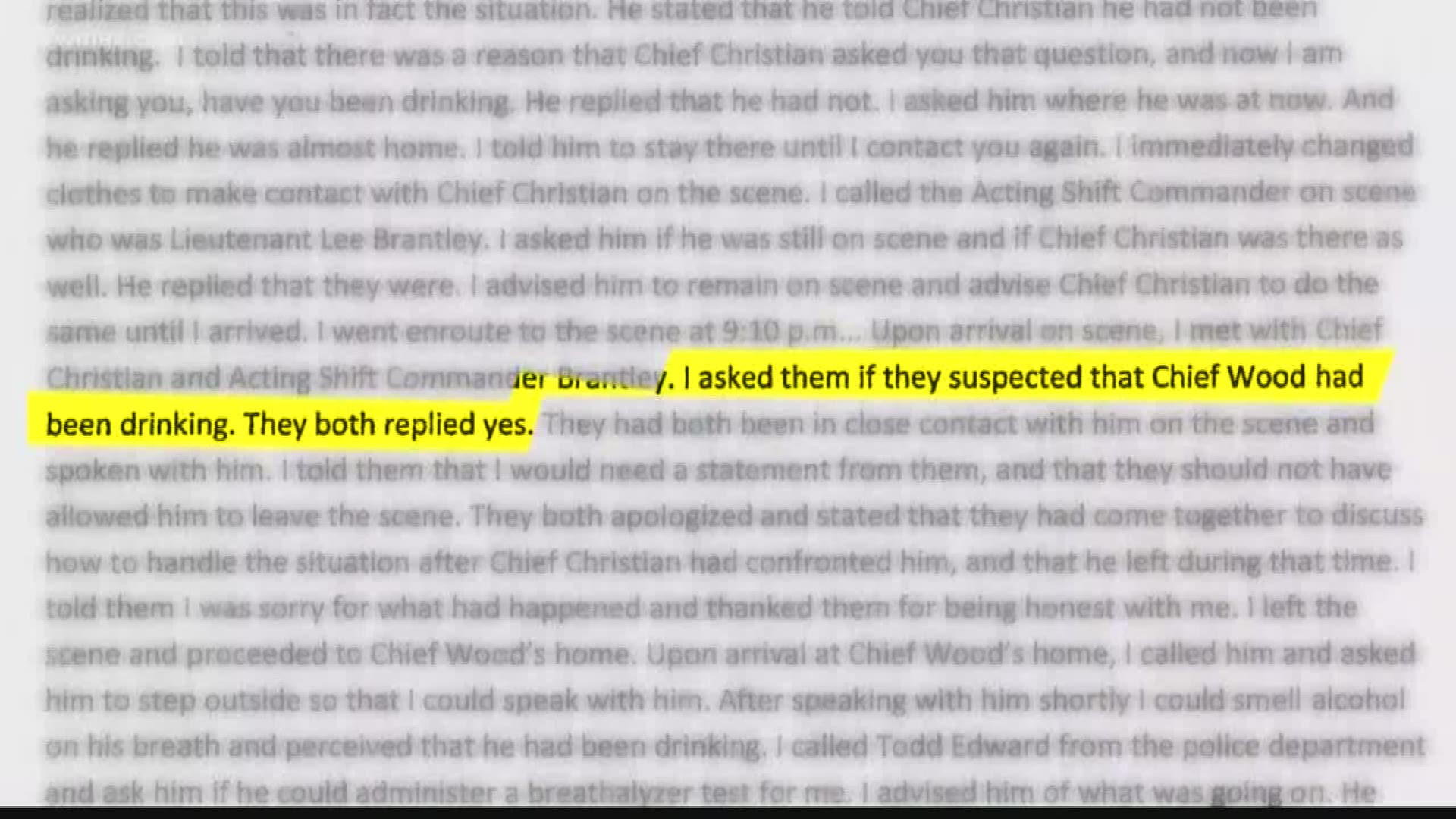 WARNER ROBINS, Ga. — Editor's Note: The video in this story is from the original report in August 2018.

Warner Robins' deputy fire chief says other city officials have lied about him, harassed him and tried to push him into retirement.

Robert Wood served a 10-day suspension without pay last year after the city accused him of driving under the influence at a July 2018 fire.

Wood, who's 56, filed a federal age-discrimination lawsuit last week claiming that city officials trumped up that DUI incident to force him to resign.

Last August, 13WMAZ reported that city records showed that two firefighters believed Woods had been drinking when he arrived at the July 5 house fire on Windsor Drive.

According to Fire Chief Ross Moulton, one firefighter confronted Wood and he left the scene.

A field breathalyzer at his house that night later confirmed that Wood had been drinking, Moulton said.

The chief also told reporters that Wood was getting help from the city's Employment Assistance Program.

It says Wood has been a Warner Robins firefighter for 37 years and always got good or above-average ratings in that time.

"Unfortunately, his employers, supervisors and management believe that he is too old to perform his job," the suit says. "They have created a pretext to force (Wood) to resign his position."

The lawsuit says at the July 5, 2018 fire, an assistant fire chief asked Wood if he'd been drinking. Wood said he had not, left the fire and went home.

Later that night, the suit says, Chief Moulton came to Wood's home and asked him to take a breathalyzer.

Wood, who was in bed watching TV, told the chief that he'd had a drink at home after the fire.

An off-duty Warner Robins police officer, the suit says, gave Wood the breathalyzer "in the street, in front of his home, highly visible to neighbors and traffic."

Weeks later, after Wood served his suspension, Mayor Randy Toms and Moulton both talked about the alleged DUI to the media.

Other officers in the department repeatedly told Wood to retire or asked if he was going to retire, the lawsuit says. He called that harassment aimed at forcing him out.

When asked Tuesday if Wood was actually driving under the influence on the night of the fire, his lawyer James Voyles declined to answer -- until the city is served with the lawsuit.

Mayor Randy Toms, meanwhile called the lawsuit "a shocker.” He declined to comment further because he hadn't seen the lawsuit. Toms did confirm Wood still works as deputy fire chief.

Wood is seeking damages from the city. No trial date has been set.