'We always survive': Warner Robins family picking up the pieces after their house burned down

No one was hurt, but Randy Williams and his family all left the house with no phones, wallets or extra clothes. 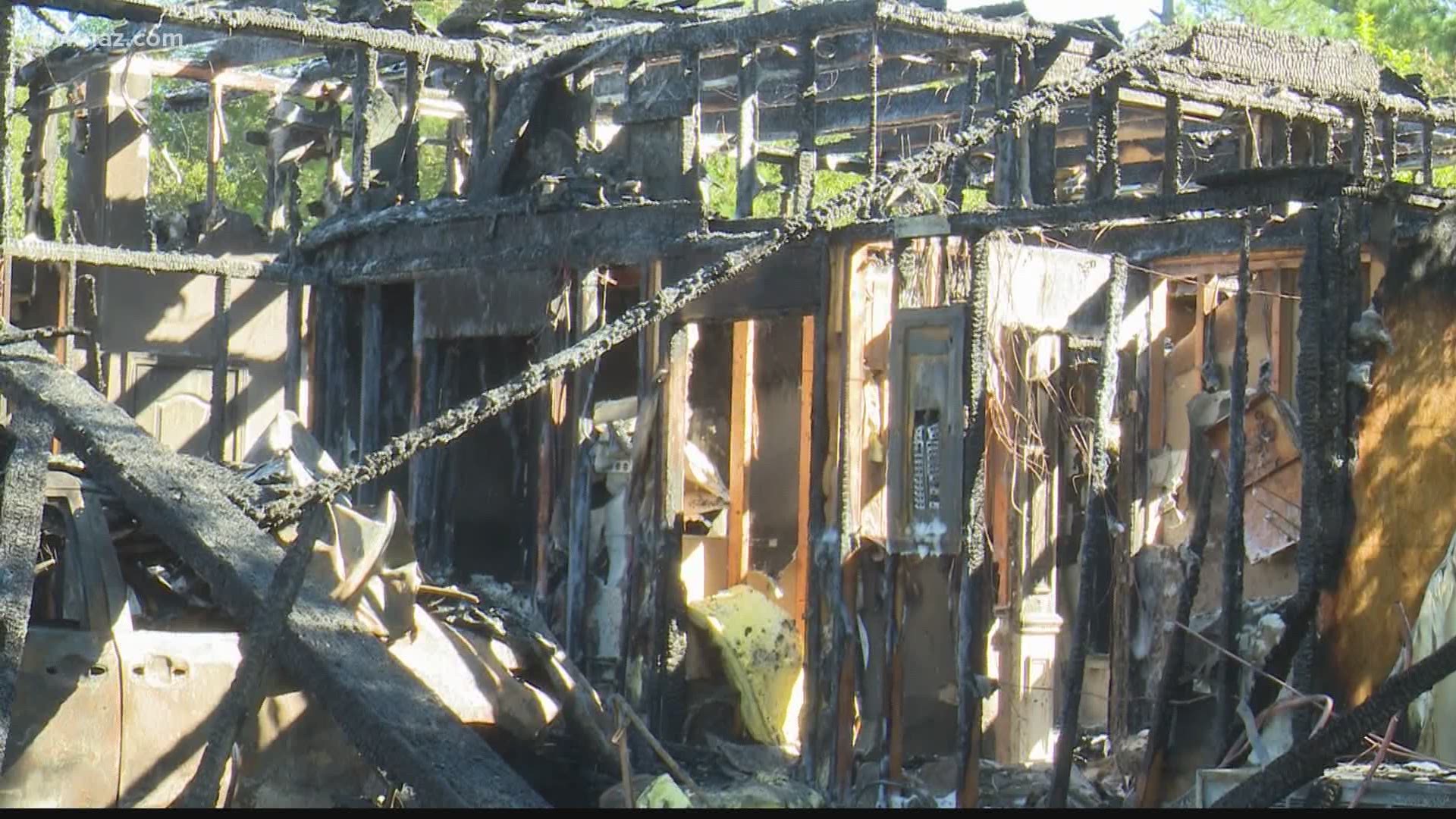 WARNER ROBINS, Ga. — A Warner Robins family is without a home after theirs burned down early Thursday morning.

It took the Warner Robins Fire Department about 45 minutes to knock down most of the flames and around two more hours to put out hot spots on Ennis Avenue, and the house is a complete loss.

The call came in around 1 a.m. Thursday morning.

Randy Williams says his daughter was the first one to see the fire in their garage.

When she started screaming, Williams thought someone was breaking in.

Once he realized what was actually happening, he got himself, his wife, and their three kids out through the front door, leaving their phones, driver's licenses, and clothes behind.

He says he even saw the tires on his car explode.

Warner Robins Deputy Fire Chief Bobby Wood says the cause of the fire is under investigation.

Ladonna Stern lives next door and says she heard explosions and couldn't believe what she was seeing.

"The house was engulfed in flames by then, and so by the time the firefighters got here, you could hear a third explosion, and the roof of the house, it just disappeared and it was just flames."

Neighbor Teshana Page says she was focused on getting the three kids away from the fire.

"Flames were coming out and when I walked out the door, they were running outside," she says. "I said, 'Y'all come in my yard. Come in my house because that car is gonna explode,' and when they got in the house, the car exploded."

Wood also says a scuba tank in the home got so hot it exploded, shot through the attic, and across the street into Nadia Ford's house.

Ford says when the tank broke down their front door, she thought someone was shooting at the house.

She says she is just glad it didn't go through her daughter's bedroom window.

One of the few things that didn't burn or shatter was the Airborne Division Eagle logo on his back windshield.

It means "we always survive."

Williams says he has slept in the rain and in the jungle, so he can handle this.

It's his children he's worried about.

His daughter is enrolled in virtual learning in the Houston County School System, but he says her laptop was one of the other things that survived. It's only missing the power cord.

Williams also found a single picture of his daughter and his wife's nursing diploma.

The Red Cross is putting Williams and his family up in a hotel until Saturday.

Friends and neighbors are working on a way to gather donations for the family.

A GoFundMe account has been setup for the family. You can donate to them here.

RELATED: Warner Robins home at a complete loss after fire on Ennis Avenue