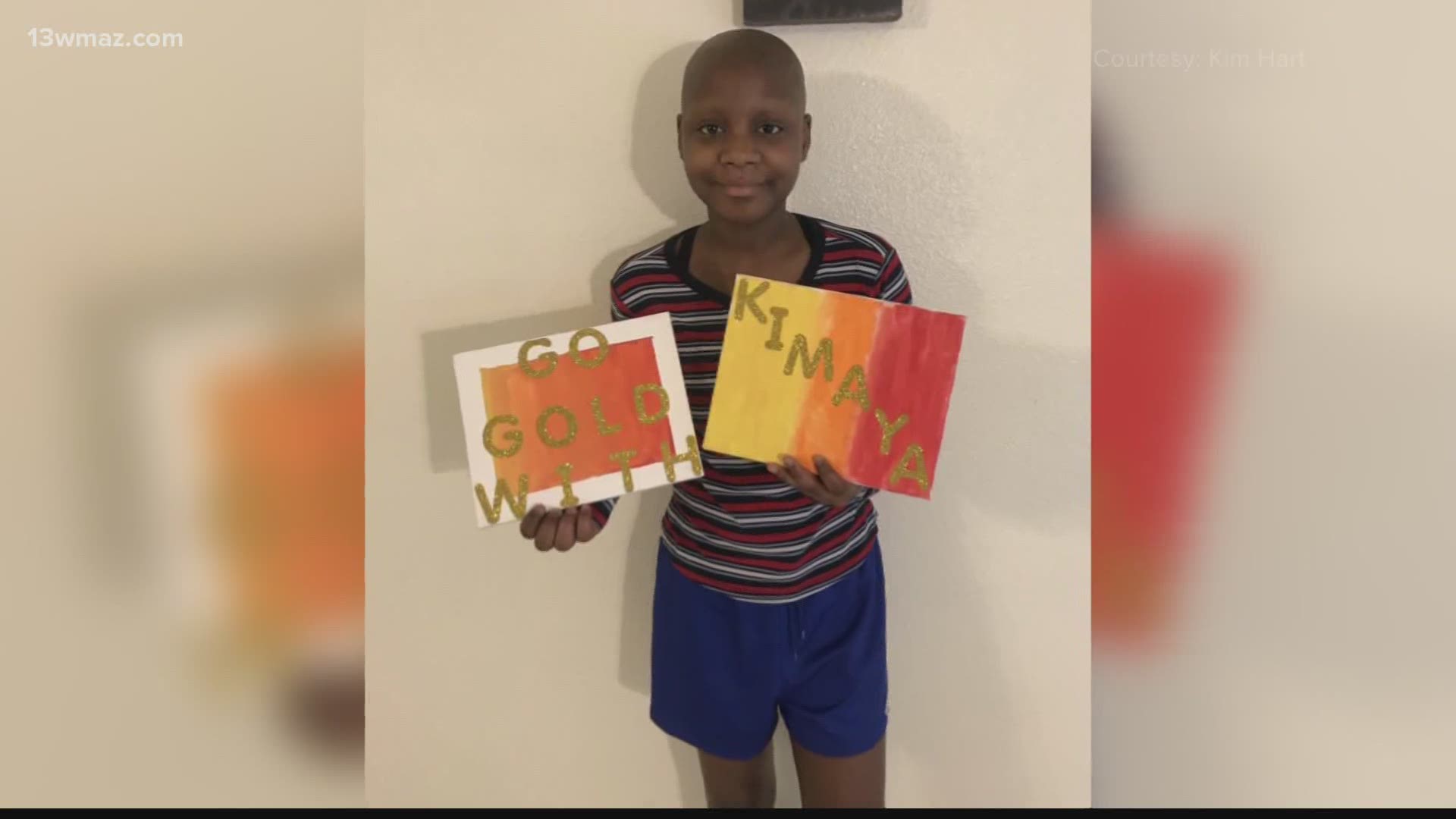 WARNER ROBINS, Ga. — A 12-year-old girl in Warner Robins was diagnosed with a rare form of cancer back in June -- Stage 3 Immature Teratoma.

Kimaya Hart is a 7th grader and her doctors at Navicent's Pediatric Cancer unit only found one similar case.

Her mother, Kim Hart, said it's been hard for the family. She worked as an agency nurse in nursing homes, but when Kamaya was diagnosed, she had to leave her job.

"I have literally been out of work since her diagnosis, so worrying about making sure we have somewhere to stay. I'm worried about transportation, making sure that I can make my car payments. And just basically, for us to get by," said Kim.

Kimaya just finished her chemotherapy and Kim says her daughter is a strong fighter.

"Her chemotherapy ended over a week ago. But after another CT scan has been done, they found that is still on her liver, so she is preparing to see her surgeons next week," said Kim. "She is a very strong warrior. And she still will have a smile on her face and I can appreciate that and thank God for that."

Kimaya has a Facebook Blog, where she posts her journey. The love and support of her family keeps her going.

If you would like to donate to the family, you can do so on GoFundMe.