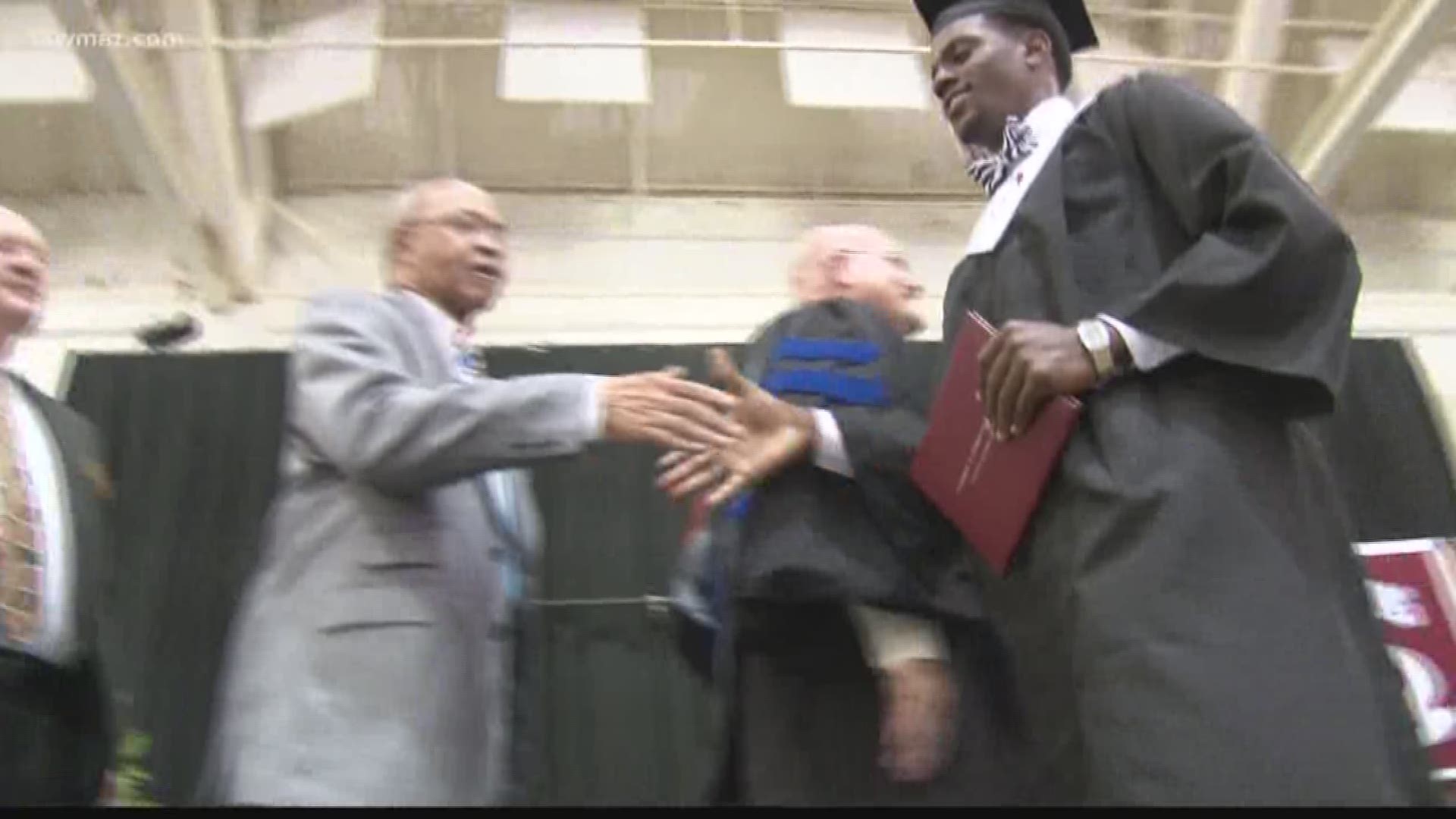 Graduation day should have been the cap to a dream year for Warner Robins high school senior CJ Harris.

Harris has epilepsy and says he controls his seizures with medical cannabis oil.

When we talked to him when he got the offer this winter, he was ecstatic.

"I was like this is my school, I can't pass it down so I just had to go ahead and go ahead and just sign and go to Auburn," said Harris.

But by graduation, those plans were on hold.

State Representative Allen Peake helped the family navigate the medical marijuana landscape in Georgia and said the Harris family told him that part of the reason the offer was taken off the table is because of Harris' epilepsy.

"My understanding from my communications with the Harris family [is] that the rejection from Auburn has been because of his medical condition and the fact that he has epilepsy and the fear that maybe he could have a seizure, I guess, during a football game," said Peake.

However, Peake says the family also told him the NCAA expressed concerns about Harris' ability to pass a drug test.

"The message from the NCAA was very clear though that you can't play at any NCAA school because if you are taking medical cannabis oil, you're gonna have to pass the drug test and you would fail the drug test for marijuana," said Peake.

Now, Peake is calling on the NCAA to change its rules.

"The attitude and culture in our country regarding medical cannabis is changing daily," he said, "and so the NCAA is going to have to catch up."

Over the phone, CJ's father Curtis Harris said the goal is to get his son back on the football field. He says the family is considering enrolling CJ in a prep school and reclassifying him for the class of 2019.

According to an email from Auburn's assistant director, Kirk Sampson, "He was not medically cleared by Auburn because of his pre-existing condition. It had nothing to do with anything he was taking to control his seizures."