Veterans, city officials and community members came together to commemorate those who've dedicated their lives to military service 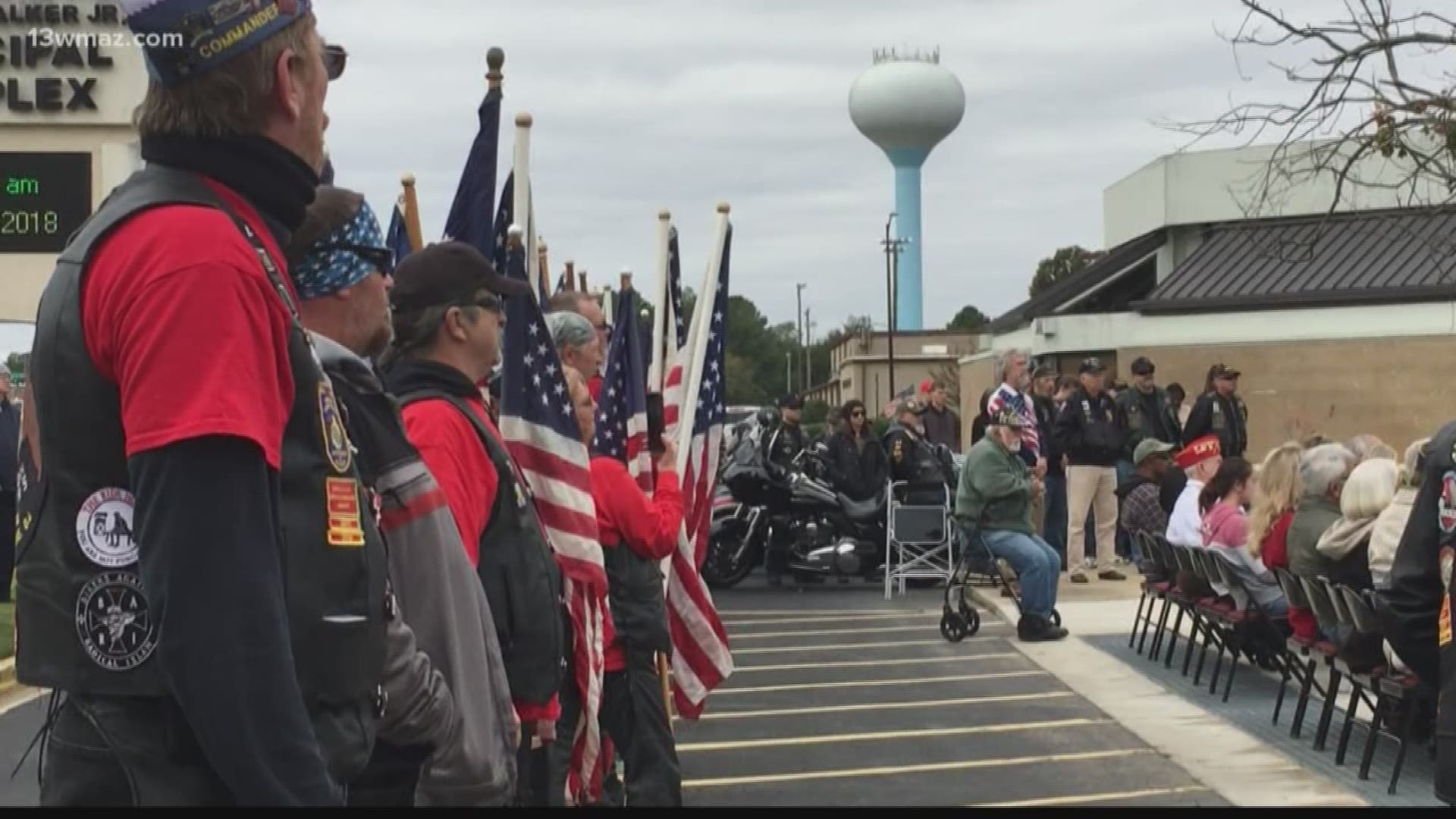 The City of Warner Robins partnered with Veterans of Foreign Wars to honor United States military veterans on Sunday.

"I want to thank you for the sacrifice you and your family have made so that my family can enjoy our freedom. God bless you and God bless America," Toms said.

Many veterans showed up to the event, including Julio Rodriguez.

William C. Lawson was also drafted. He said the military allowed him to travel the world.

"I was in the Air Force for six years and the Army for 16 years, and I've been all over. Germany, Japan, Korea, Hawaii and all over the States," Lawson said.

"[I'm] almost 80 years old. I started my military career in 1956, and I retired here at Warner Robins after 31 years and six days military service," Mobley said.

He said he wouldn't miss this ceremony for the world.

"The big thing for me on Veterans Day now is this ceremony here. I haven't missed once since 1981," Mobley said.

City leaders said the ceremony also honored those who are currently serving.

Rodriguez got emotional when he thought how proud he was of his grandson following in his footsteps.

"I have a grandson, he's 17 and he's serving. There's no other country like America and for him to step up, it's an honor," Rodriguez said.