The couple got married in May 1949 and have been at each other's side ever since. 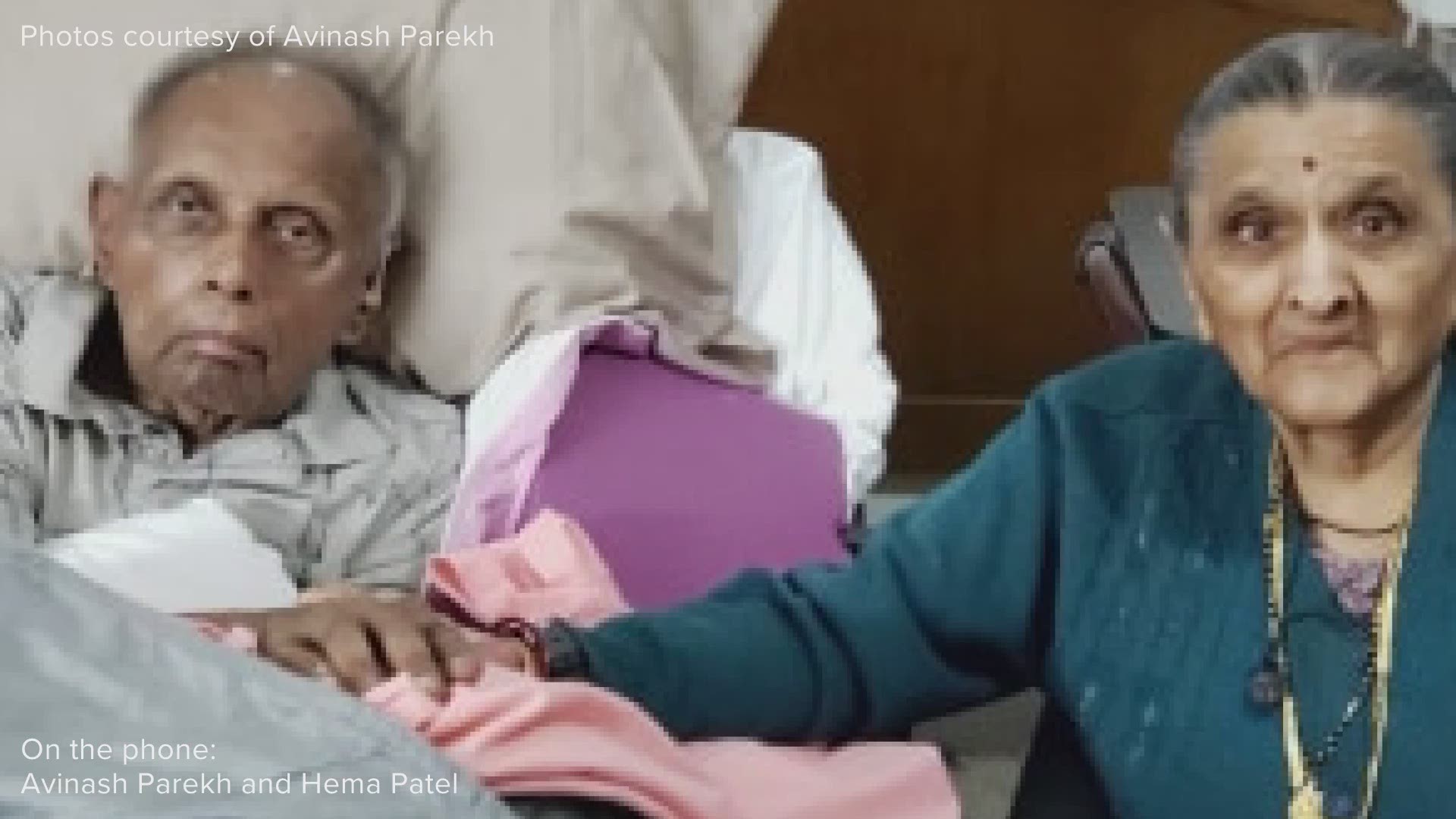 WARNER ROBINS, Ga. — After eight months in-and-out of the hospital battling a life-threatening illness, a Warner Robins man is finally getting to celebrate his 71st anniversary with the love of his life.

Chhotubhai M. Parekh and Madhukanta C. Parekh married on May 29, 1949, and they’ve been together ever since.

Chhotubhai, who also goes by Mr. CM, has been in-and-out of hospitals and nursing homes for months, according to his grandson Avinash Parekh.

The family wants to keep his health information private, but Avinash says his grandfather was battling a life-threatening illness.

“My grandfather has been fighting for his life and it’s kind of been a back-and-forth thing for both of them over the years,” Avinash said.

“One doctor said we should have given up three years ago, but he has fought,” the couple’s granddaughter, Hema Patel, said.

Due to COVID-19, Madhukanta, or Madhu, couldn’t see her husband while he was recovering in the hospital, but she would talk and pray with him over FaceTime almost every single day, Hema says.

“I think that speaks a lot to their love,” Hema said.

Last year they couldn’t celebrate either, because Madhu was in the hospital after a fall.

This year their anniversary was extra special because Mr. CM was sent home for recovery just in time to celebrate with his wife.

“They’re still fighting for each other,” Hema said.

The Parekhs are originally from India. Avinash says the couple has lived in multiple countries throughout their lives – including Kenya and England – and moved to the United States back in 1983.

Mr. CM worked as a jeweler and a goldsmith throughout much of his life, then helped his son run a small independent motel in Warner Robins when he came to the U.S.

Their grandchildren say that the couple has helped raise several generations of their family. Mr. CM and Madhu have two children, six grandchildren, and two great-grandchildren.

“Their love is so strong,” said Avinash. “Sometimes we couldn’t advocate, but God was advocating for our grandfather."

Madhu is 86 and Mr. CM turns 89 this month. They’ve been at each other’s side for most of their lives.

Hema and Avinash say it’s inspiring to see their grandparents’ marriage thrive after all these years.

“In talking with them all these years, they’ve always wanted us to be happy and to be successful,” Avinash said. “My grandparents have just been extremely happy with being able to see the family succeed and being able to see their great-grandchildren has been such a blessing.”