Cry Havoc runs Fridays and Saturdays -- from September 3 through 18. 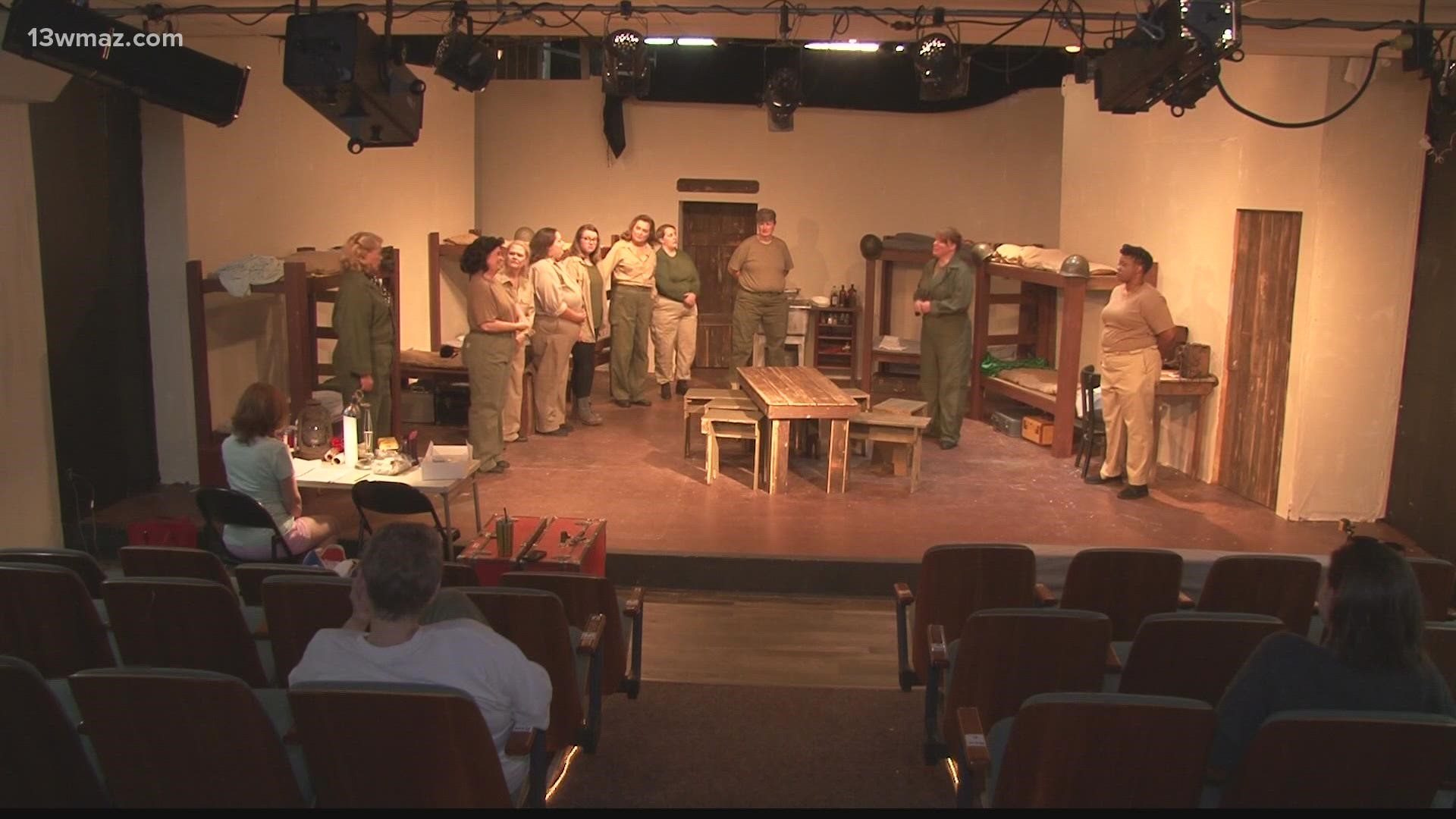 WARNER ROBINS, Ga. — Warner Robins Little Theatre is getting ready for their season's first production. It's a show that was scheduled for last season, but the pandemic put things on hold.

The show is titled Cry Havoc. Leslie Campillo is a cast member and producer of the show.

“It's fun to be someone you're not,” said Campillo.

She says practice has been a breath of fresh air -- she's been working from home since March 2020.

“I miss that human contact, that interaction. So, the theatre gives that to me. I can come down here, talk to people. We're all like-minded. We work hard, we have a good time,” said Campillo.

“Well, the pandemic, for the most part, the worst part we felt like it was over... and so when we went into this, we went in full blazes,” said Nix.

As coronavirus case numbers continue to rise and the Delta variant keeps spreading -- they had to make adjustments.

Cry Havoc tells the story of twelve women who helped during World War II -- the nurses on Bataan.

The cast has been preparing for the past three months. Nix says she hopes the audience will see the bigger picture.

“It's like I told the cast from the first day. I said, 'I want the audience to go away crying,' and if I've done my job, then they will,” said Nix.

Campillo says she can't wait to hit the stage.

“This show just means so much to me, and to have such a wonderful, talented cast,” she said.

Normally, a show could seat 95 people, but they are only allowing around 60 people in. They’re asking people wear masks.

For more information on show tickets and dates, click here.