No candidate in the race received over 50% of the vote, so the two top will face off later this month. 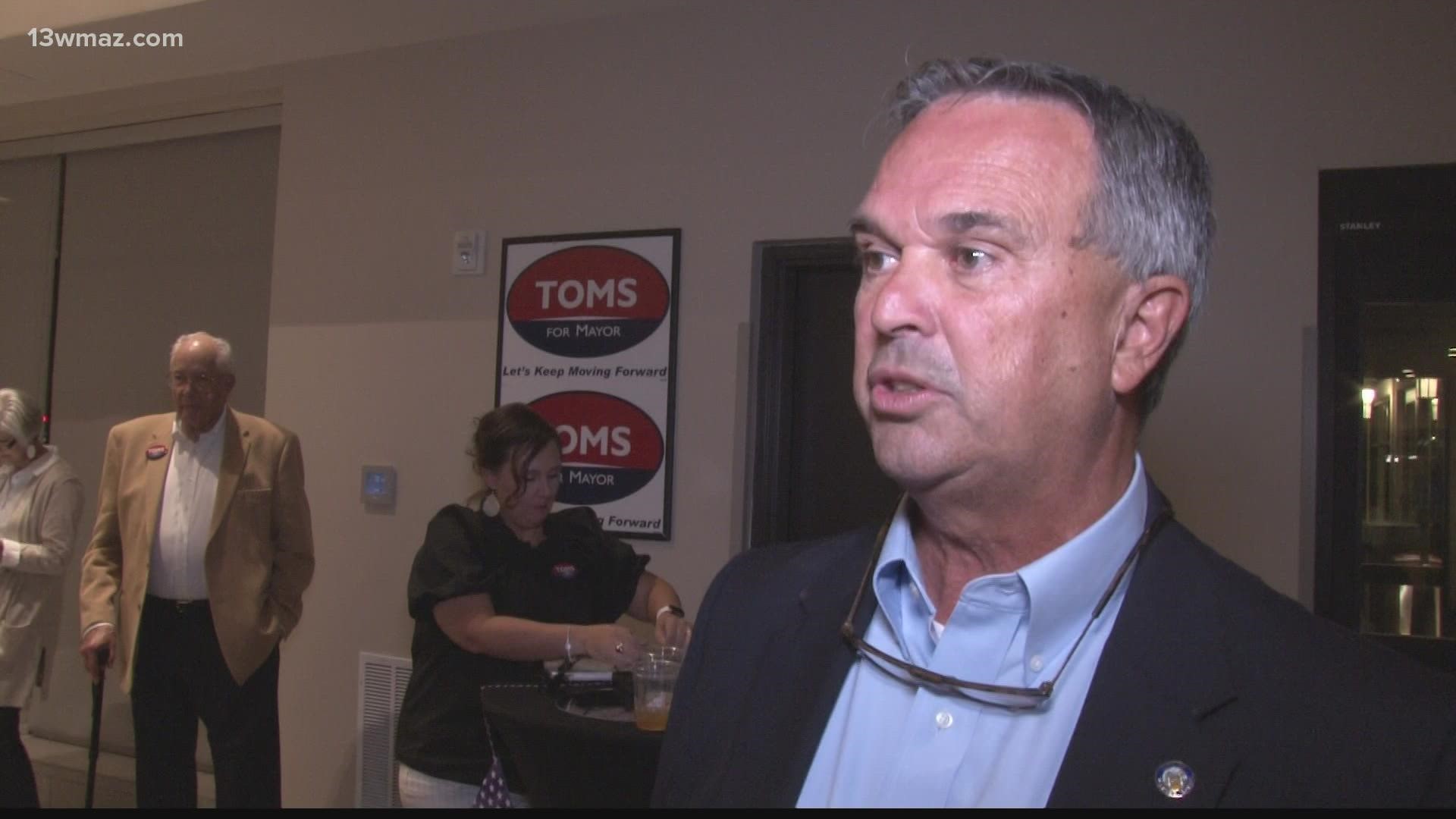 WARNER ROBINS, Ga. — Voters in Warner Robins will be headed back to the polls at the end of November to settle a runoff election for mayor after neither candidate secured a majority of the vote Tuesday.

Incumbent Mayor Randy Toms will be facing off against challenger LaRhonda Patrick on Nov. 30.

In the run up to the election, we sat down with the candidates to get their opinions on a wide range of topics. Here's what Toms and Patrick had to say:

Toms says they’re doing the best they can right now and are still looking to improve.

“Trying to control the growth the best we can. Now, we have had to play catch up a little bit with our infrastructure as far as water, sewer, natural gas in certain areas, especially out at the 96/Houston Lake area and then down in the areas that's Warner Robins down in the Bonaire area down towards 247,” said Toms.

Patrick says city resources could do a better job keeping up with the growth.

"I've already added five in the last eight years, and in this last year's budget, I put 15 more positions in place on the Warner Robins Police Department, and certainly, we do a lot of programs through our Community Development Block Grant funding, and I think maybe it's time to take a look at what is working and what's not working," Toms said.

"We're in the process of putting together an organization to reach out to young people and try to make a difference in them in their lives while they're young,” he said.

LaRhonda Patrick says educating the youth early is the best approach. The same way they learn mandatory subjects in school, she thinks crime should be on that list.

Patrick said, "If our children don't know and our adults don't know, how can we expect them to do better if they don't know better? So, proactive crime prevention, that I have a whole plan and a whole system for this with educating in a creative, fun way, so that children can remember it, and they can carry it with them into adulthood."

"A citizen that's located in a certain community or neighborhood, and that person is the the liaison between the community and the police department," said Patrick.

“I think that if we use the old recreation department wisely and we use the tennis courts wisely in the parks, the park behind it in those areas in Perkins Field… if we use those wisely, we can actually use those as innovative sites to have a better, more productive farmer’s market that can actually be an incubation place for new businesses,” said Randy Toms.

Randy Toms says Kate Hogan, the director of the newly-merged community and economic development department, will help bring the area to life.

“We want to cater to all age ranges in that area and also cater to different community development activities and mom-and-pop-type shops, restaurants and boutiques and stores and businesses,” said LaRhonda Patrick.

LaRhonda Patrick says she wants more than a downtown area – a similar space can be located elsewhere in the city.

“Live, work, play mixed-use communities. It can be in the downtown area, it may be in a city center, which means it's not downtown, but we located another part of our city to kind of have that downtown feel,” said Patrick.