The race will be the first NASCAR Cup Series event to be held on the Atlanta Motor Speedway’s new 28-degree banked track. 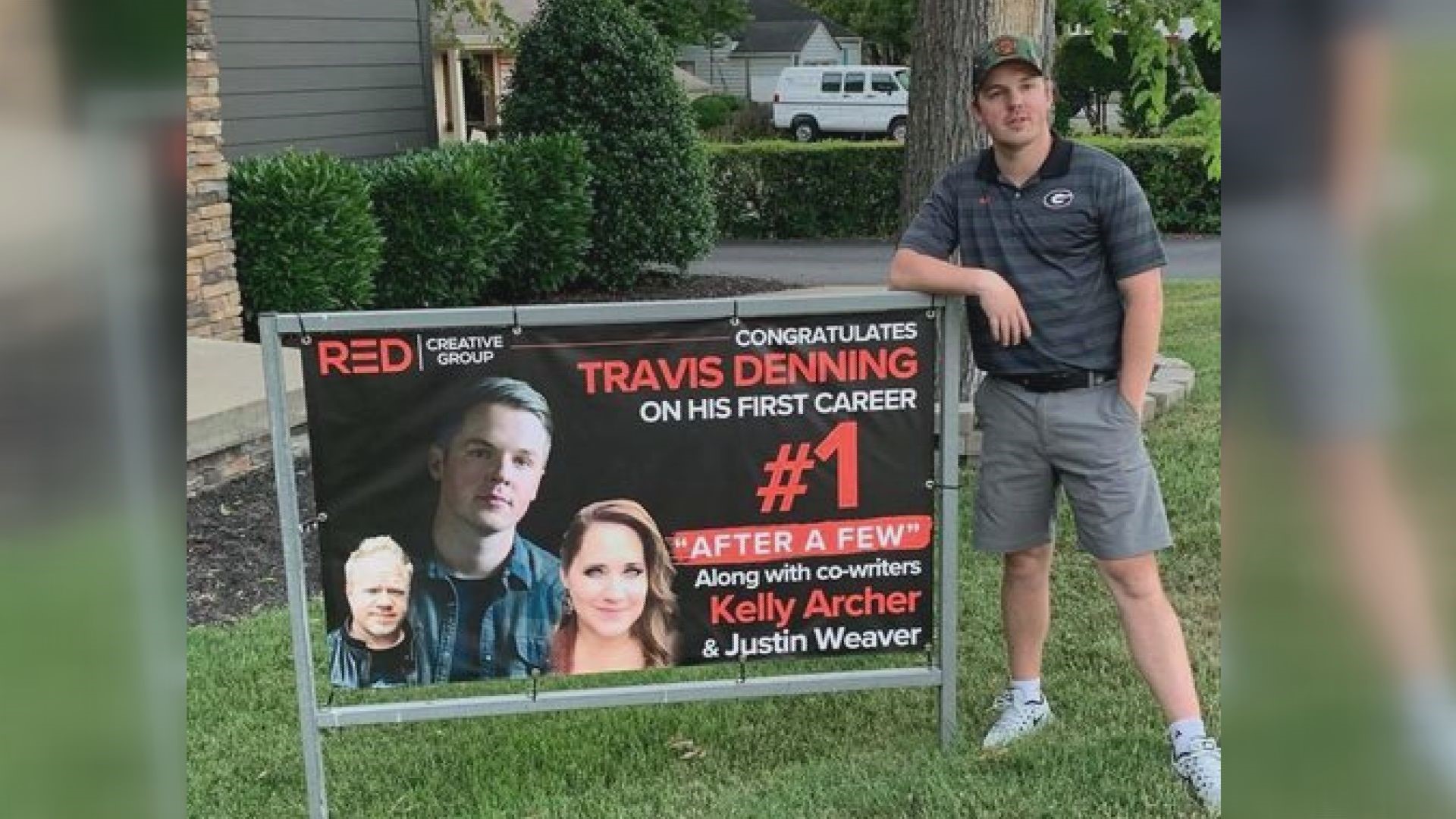 ATLANTA — A Warner Robins native will be providing the entertainment for thousands of NASCAR fans before a race at the Atlanta Motor Speedway in March.

According to a news release from the racetrack, Travis Denning will be headlining a pre-race concert at the Folds of Honors QuikTrip 500 on March 20.

The race starts after the show, and it’ll be the first NASCAR Cup Series event to be held on the speedway’s new 28-degree banked track.

Pre-race track passes with stage-front access to Denning’s show will be available for $49. Insiders Club members will be able to get tickets for $39.

All other ticketholders can view the concert from their grandstand seat.

Tickets for the March 18-20 race weekend are available here.

Denning graduated from Warner Robins High School in 2011, and a few years later, he took his talents north to Nashville.

Several months later, he landed a songwriting deal and went on to co-write several hits for major artists, including 'All Out of Beer' recorded by Central Georgia star Jason Aldean.

13WMAZ caught up with Denning at the end of 2020. Although the pandemic derailed his tour plans, he still saw success.

He released his debut EP 'Beer's Better Cold' and watched his song 'After a Few' climb to the top of country radio and turn Gold (500,000 copies).

He said he was thankful his Central Georgia roots got him there and that he thinks about his old stomping ground when he writes songs.