'When you come out here, you want to take pictures': New rooftop bar opens in Warner Robins

Gracie’s: A Rooftop Bar opened this month and the owner says its trendy atmosphere and sunset views make the space ideal for Instagram-worthy photos. 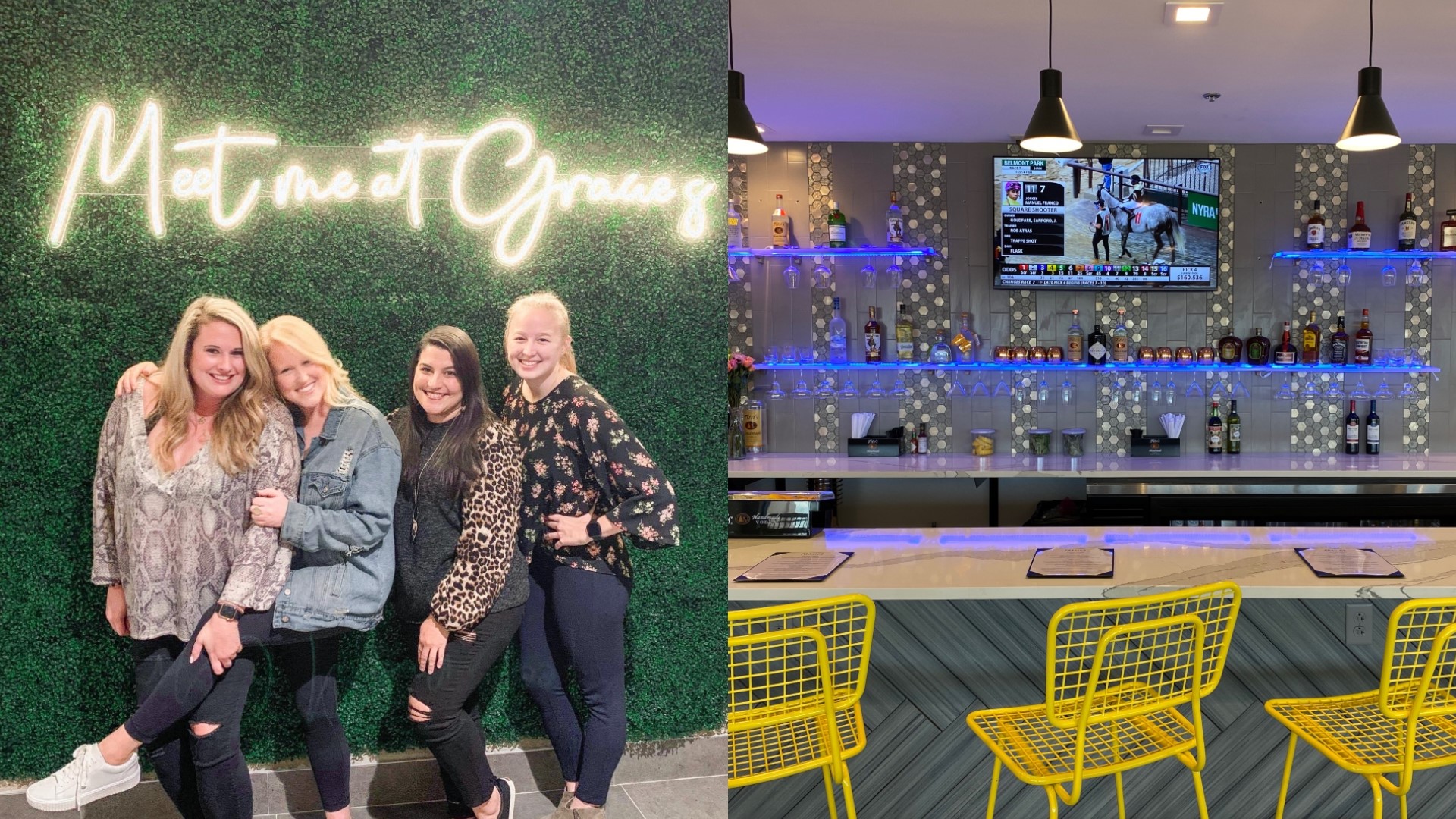 WARNER ROBINS, Ga. — A new rooftop bar is open in Warner Robins and the owner says its upscale trendy atmosphere will make folks feel like they’re outside of the city limits.

Gracie’s: A Rooftop Bar opened this month and it’s located on top of the Best Western Plus at Rigby's Water World.

“It’s very upscale and you feel good when you’re here. The music is really chill, it’s a good vibe whenever you come in,” Rigby said.

The outdoor patio has a fire pit, several televisions, lounge areas, and there’s a full view of Rigby’s Water World and the Kathleen-Warner Robins area around Highway 96.

“It’s a beautiful thing to watch and see at night,” she said. “The sunset is phenomenal. It’s the best view in Warner Robins for a sunset.”

The full bar sits in the indoor seating area, which has TVs and more. There’s also hedge wall with their slogan, ‘Meet me at Gracie’s,’ hung up in neon lights. Rigby says it’s a perfect photo opportunity for Instagram.

“When you come out here, you want to take pictures, you want to show off on Instagram that you’re here,” Rigby said.

The specialty cocktail menu at Gracie’s was crafted in-house.

“Done with love by all of our bartenders and staff,” Rigby said.

Rigby says the Sammy Sipper is a must-try. It’s a twist on a classic old fashioned with muddled blackberries and Maker’s Mark.

They do have a classic old fashioned on the menu too. It has muddled cherries and muddle oranges with Crown Royal, and it’s called the Rigby’s Choice.

“That is my dad’s favorite drink,” Rigby said.

By Thursday, Gracie’s is adding a food menu to the scene. Rigby says folks can expect charcuterie boards, flatbreads and more.

“That’s just the beginning of what we have to offer,” Rigby said.

She says the community has been supportive of the business so far.

“The reception of it has been awesome. Like, this has been like playing house. I feel like I am hosting a party for everyone because it has been so great,” she said.