In 2020, the department grew their narcotics, criminal investigation and traffic units by at least one officer each. They aim to keep growing the patrol unit 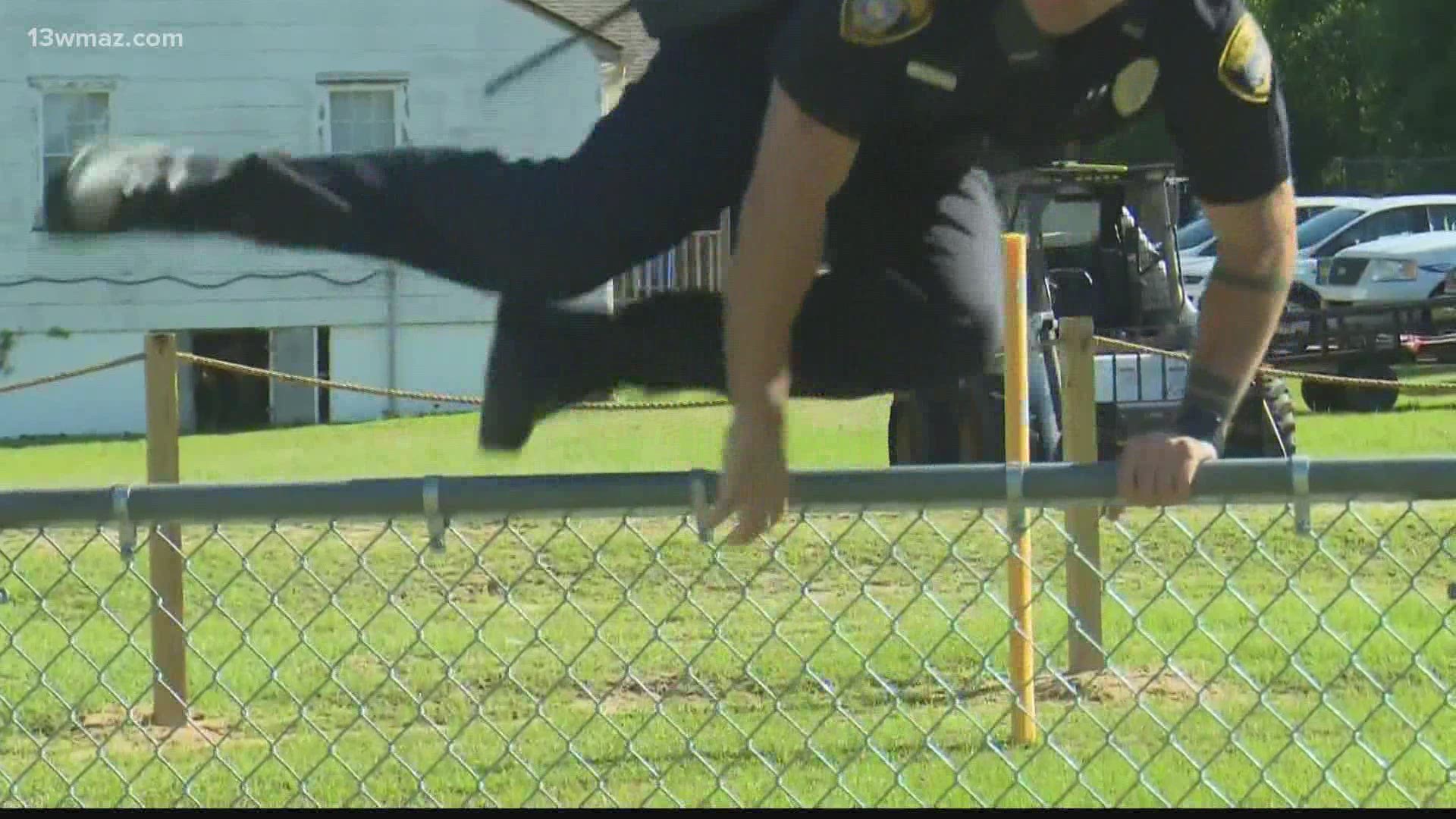 WARNER ROBINS, Ga. — Some Warner Robins police officers were promoted last year, and Chief John Wagner says it is all part of his plan to grow the department.

In 2020, the department grew their narcotics, criminal investigation, and traffic units by at least one officer each.

"We do want to make sure as officers they do have an endgame and they do have the chance to promote and have upward mobility."

But when they promote, it means more spots open up on the bottom.

"I don't want to be robbing Peter to pay Paul. That would be taken out of the patrol division and putting into the specialty units," says Wagner.

To keep those numbers growing and getting officers on the road, they built a new agility course.

It matches the one officers have to pass at the Georgia Public Safety Training Center.

They have to jump over a 4-foot fence, climb through a window, jump over hurdles and drag a 150-pound dummy to safety.

Wagner says building this course to match the one in at the Public Safety Training Center in Forsyth is just one more way to get officers on the road in the city.

"We wanted the test to mirror the state's test. That way, if a person can't pass our test here, then we won't waste all the money, do all the testing and everything and have them fail up there," says Sgt. Kirk Lowry.

He is the one who gets the officers trained and ready to go through the course.

Wagner says right now, they're budgeted for 126 sworn officers and they are down nine, but he says they have five officers at different points in training.

"We're trying to make sure that we're sending an almost-readymade police officer up to mandate."

Wagner says this course is here for people to practice on and make sure they are able to make it all the way through.

Lowry says there will be a hiring assessment on May 17th at 7:30 in the morning.

If you think you have what it takes to become an officer, he says you can reach out to their Human Resources Department and get an application.