Evans sat down for an in-depth interview about his time leading the department. He will officially retire this month. 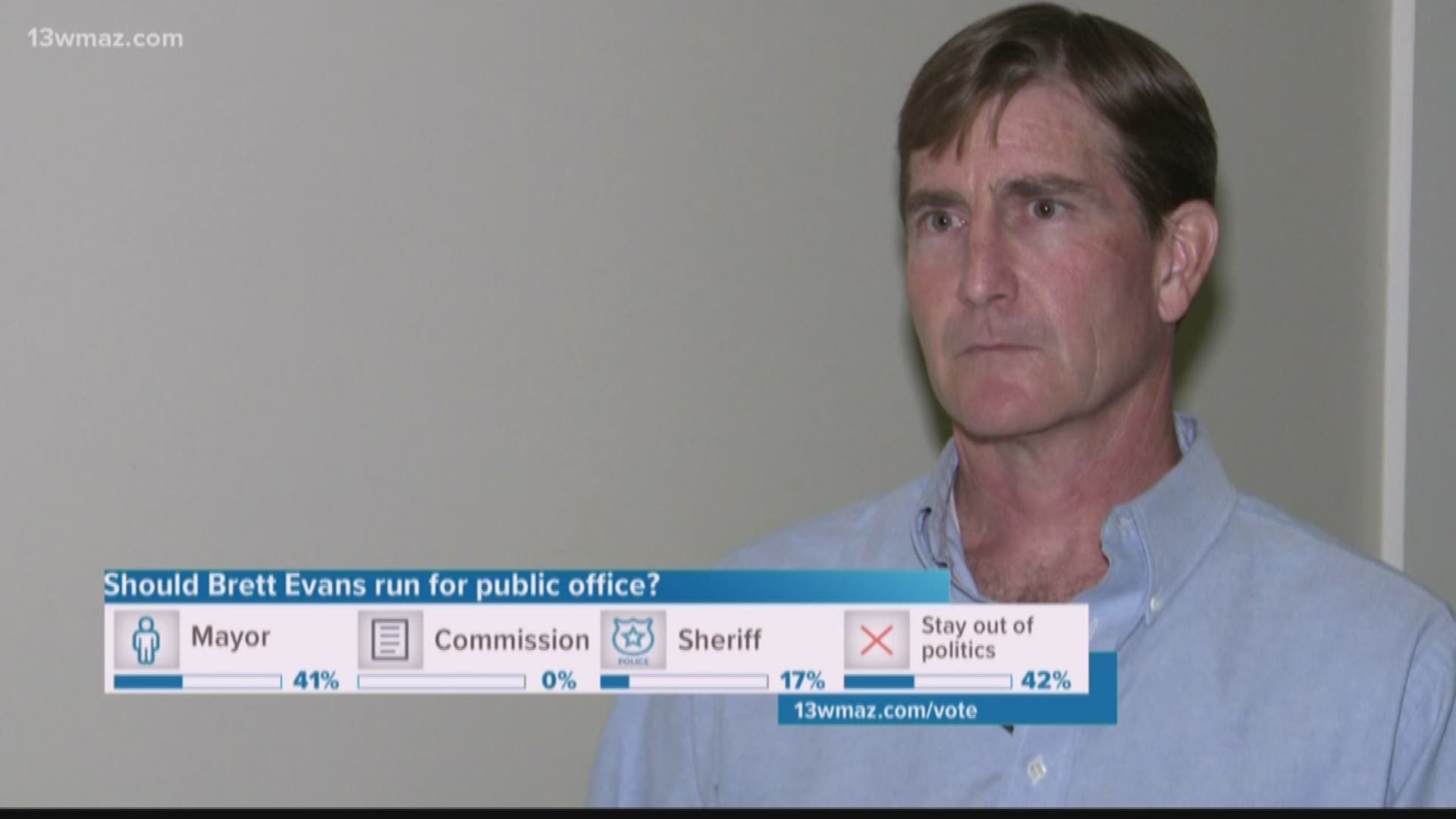 13WMAZ's Zach Merchant sat down with Evans for an in-depth interview covering his time leading the department, his last days in charge, and his plans for the future.

The Chief, who is set to officially retire April 19th, shed light on what happened at the closed session with Warner Robins Mayor and council last month where he was pressured to retire.

Q: Were you told that you can either take a deal and retire and go on administrative leave immediately and retire, or you would be fired?

Q: Was was there anyone at that table, anyone at that closed session who was going against that, who was standing up for you or was this a unanimous decision?

A: There really wasn't anything as far as that kind of discussion taking place. It was--nobody asked me any questions about other any--like I said, these other issues and things that have been brought up nobody asked any questions, they didn't ask for any clarification.

Q: So you got brought into the room and they said here's the deal: 'you go on administrative leave and agree to retire in about 6 or 7 weeks or we're going to go back out into that council chamber and we're going to vote to fire you'?

He also opened the door to a possible run for elected office.

Q: You've been in Warner Robins, very visible, for many many years--are you considering a run for public office?

A: I've had a lot of encouragement let's say that. I've had a lot of encouragement to consider public office, I really have. you know but much like a lot of the tone for the answers in this interview, I don't ever want to sound like the...disgruntled employee. You know that I've just, 'I've got all the answers and if you'd just listen to me we wouldn't be in this mess.' I never want to come across that way. Do I, do I feel like I've got something to offer, I believe that I do.

Q: I want to be clear, you didn't say no to my question.

A: I will never say no to anything when I don't know what tomorrow will hold.

He said he didn't mind that city leadership wanted a new Chief. His issue, he said, was with the way the transition was handled

"I can't judge their decisions I don't know where their push comes from but like I said to them at that table, if you want me to leave at this point, your decision has been made, I can honor that. I don't have a problem with that. Much like I teach my kids, it's not necessarily what you say, it's how you say it. That's what makes the difference...I can't for any life of me figure out how it was anybody's best interest to take somebody that's worked for the city for 32 years, put him on administrative leave like he's done something wrong...they could have given me the opportunity to just retire (and) worked through it for the next couple months..."

Police hiring was an issue that plagued the department for years under Evans leadership, but on Thursday he said while council was asking him to recruit more officers, they weren't helping attract them.

Q: Council is asking for an increase in police staffing for a long time, definitely as long as I've been covering the department and the city and the county, were they giving funds to recruit and advertise?

A: We didn't get any funds from the city we completely self-funded all of the recruiting efforts that we did.

Evans says he was handed an unfunded mandate, but that doesn't change the responsibility.

Q: I want to be clear too do other departments get money for recruiting?

A:  I don't know, I don't know how other people's budgets are set up, but is it solely our responsibility, you know, should we be the ones as a department are we the ones that are solely responsible for recruiting and hiring?