Even though women make up more than half of the U.S. population, they make up less than 13 percent of the nearly 700,000 total officers in the U.S. 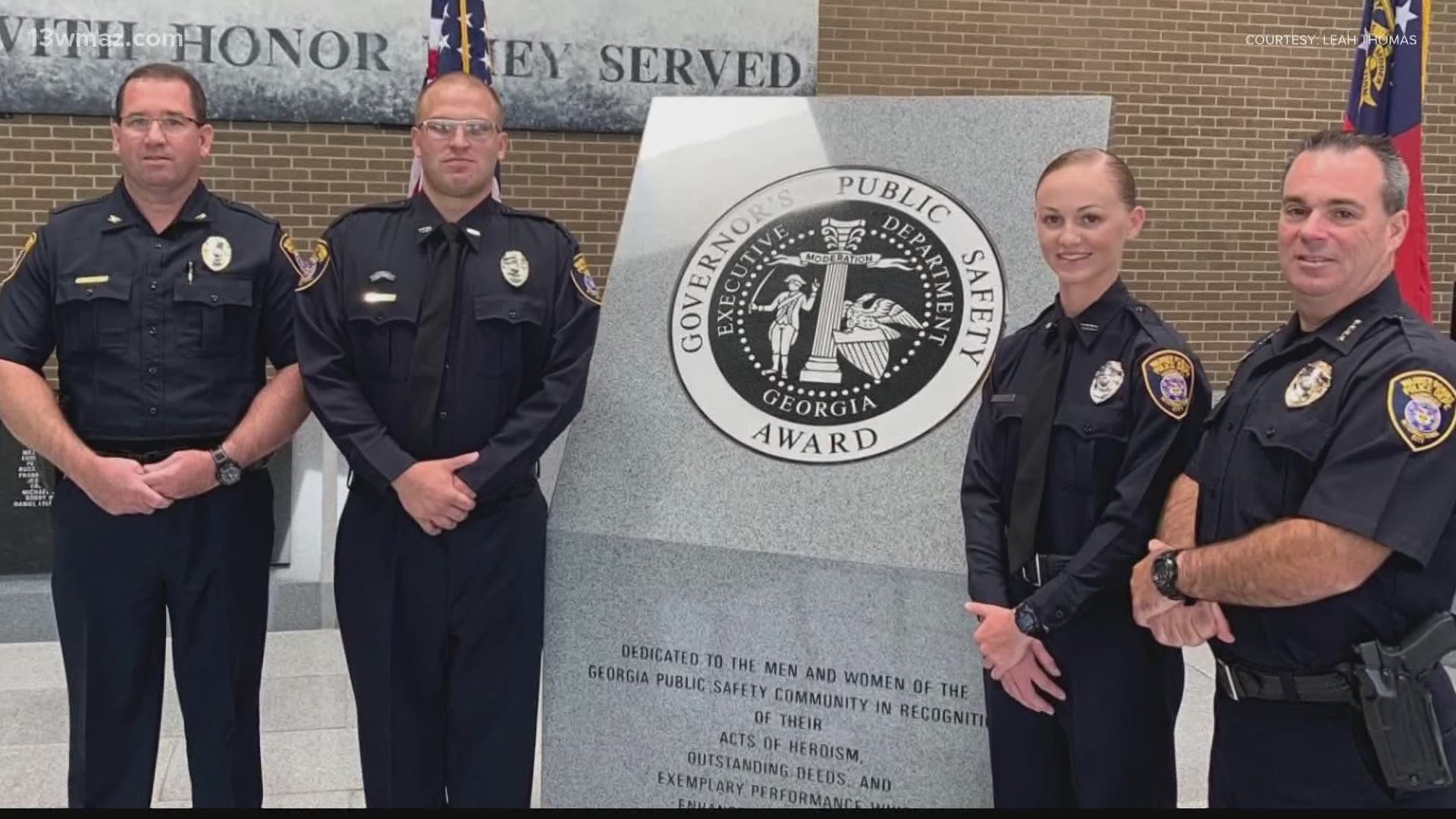 Across the country, about one out of eight law enforcement officers are women.

The Warner Robins Police Department currently has 125 total officers and only 11 of them are women, but according to National Institute of Justice, that is not unusual.

Officer Taylor Kelley was sworn into the Warner Robins Police Department on Tuesday and she says seeing only 10 other women did not come as a shock.

"I wasn't really surprised. I don't think that women will ever be a majority in law enforcement," says Kelley.

Even though women make up more than half of the U.S. population, they make up less than 13 percent of the nearly 700,000 total officers in the U.S.

Out of that 13 percent of female officers, only three percent are police chiefs.

Kelley says because of the risks that come with the job, women might be more reluctant to join and be away from their families.

She says it's something she wrestled with herself.

"You put your life on the line every day and I know that was one big factor I had to consider going in to this, is if I wanted a family."

Officer Leah Thomas was sworn in on June 30th and she thinks the perceived physical aspect might turn some women away.

"I don't know if it's the Academy or if people think we run 15 miles a day and do one thousand push ups. I don't know."

Officer Greg Martin with Warner Robins PD says they have hired most of those 11 officers just in the last three years.

He remembers when they only had two women out on patrol.

He credits some of that to the number of contact sports women are participating in at a younger age.

"It kind of builds that confidence that if they want to go into a career in law enforcement, they're not as intimidated and not as afraid to put hands on if need be," says Martin.

Kelley says female officers bring a lot to the table.

"I would say the motherly nature of women, more compassionate maybe," she says. "Maybe better at deescalating things."

Research shows there's a gender gap when it comes to attitudes about policing and use of force.

The results show female officers are less likely than male officers to agree that aggressive tactics are sometimes necessary.

22 percent of women surveyed said they had physically struggled with a suspect resisting arrest, while 35 percent of men said the same.

Results also showed that female officers are less likely to report that they have ever fired their weapon on duty.

Right down the road in Perry, their police department has 42 officers total and seven of them are women.

In Centerville, they have close to 20 officers, with three women.

Both Thomas and Kelley say they are glad to see this upward trend, at least in their own department.

"I think we're all fully capable of doing the same job," says Thomas.

"I definitely think this is a field for women. I don't think being a woman should hold you back from this profession at all," says Kelley.

"Getting female officers in now is definitely an upward trend for us and hopefully it continues because, like I said, we need that level headedness and that mindset on the road," he says. "Especially with the way things are going nowadays, so the more you can deescalate a situation, as opposed to going hands on, I think is far more beneficial."