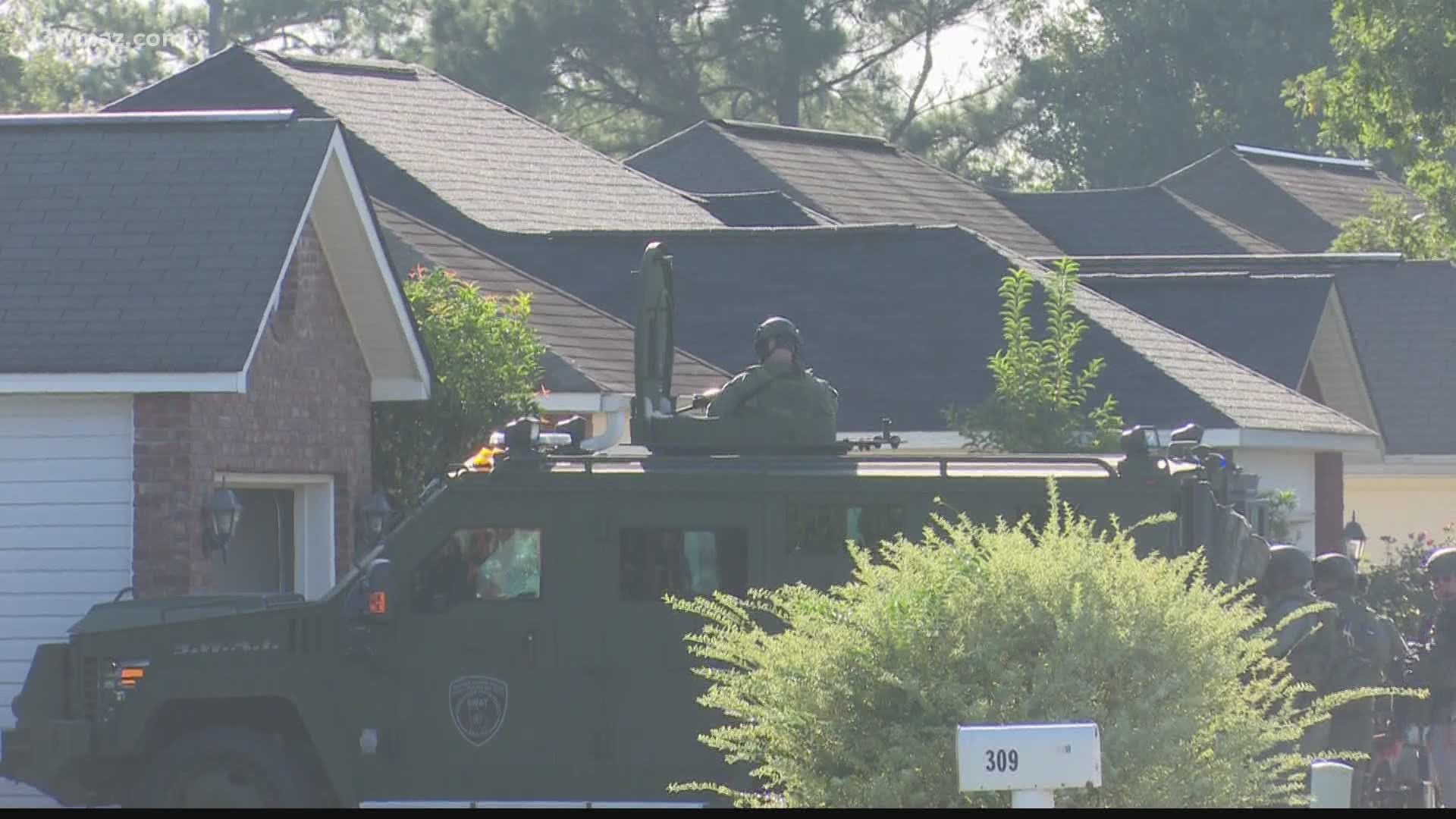 WARNER ROBINS, Ga. — A little before 6 p.m. Thursday, a standoff ended after officers stopped at a home on the 300 block Tyson Glen Drive to do a welfare check. Chief John Wagner with the Warner Robins Police Department says the person inside the home took their own life.

"It's a sad situation," Wagner said.

According to Chief Wagner, a family member of the person living at the address had asked police to stop by after receiving texts from that person. When the officers approached the home, someone inside fired a shot.

"They didn't know if someone was shooting at them or what it was," Wagner said.

Wagner says they believe the gunshot heard during the welfare check was actually when the person committed suicide.

After officers heard the gunshot, Warner Robins called out the SWAT team. Officers blocked off the road and gathered around the home, even sending a robot into the garage.

Meanwhile, some people in the neighborhood were returning home from work and couldn't get home.

"It was shocking to me see the tactical squad putting on their armor, getting ready to come here, to know it was that much going on was very scary," said Janice Clark who lives in the neighborhood.

After over two hours, the standoff ended when the SWAT team got into the home and found the person who Wagner says committed suicide.

"We can make the assumption that it happened the shot was fired when the officers were at the front door. We're making the assumption now, but we'll investigate further," Wagner said.

Chief Wagner asks that people keep the family as well as the officers involved in their thoughts and prayers.

Wagner says peer counseling is being offered to officers and all first responders who were at the scene.

If you or someone you know are having suicidal thoughts, the National Suicide Prevention Lifeline is available 24 hours a day. The number is 1-800-273-8255.