Sushi Thai is now closed on Mondays while they search for staff to fill the positions that were lost during the pandemic. 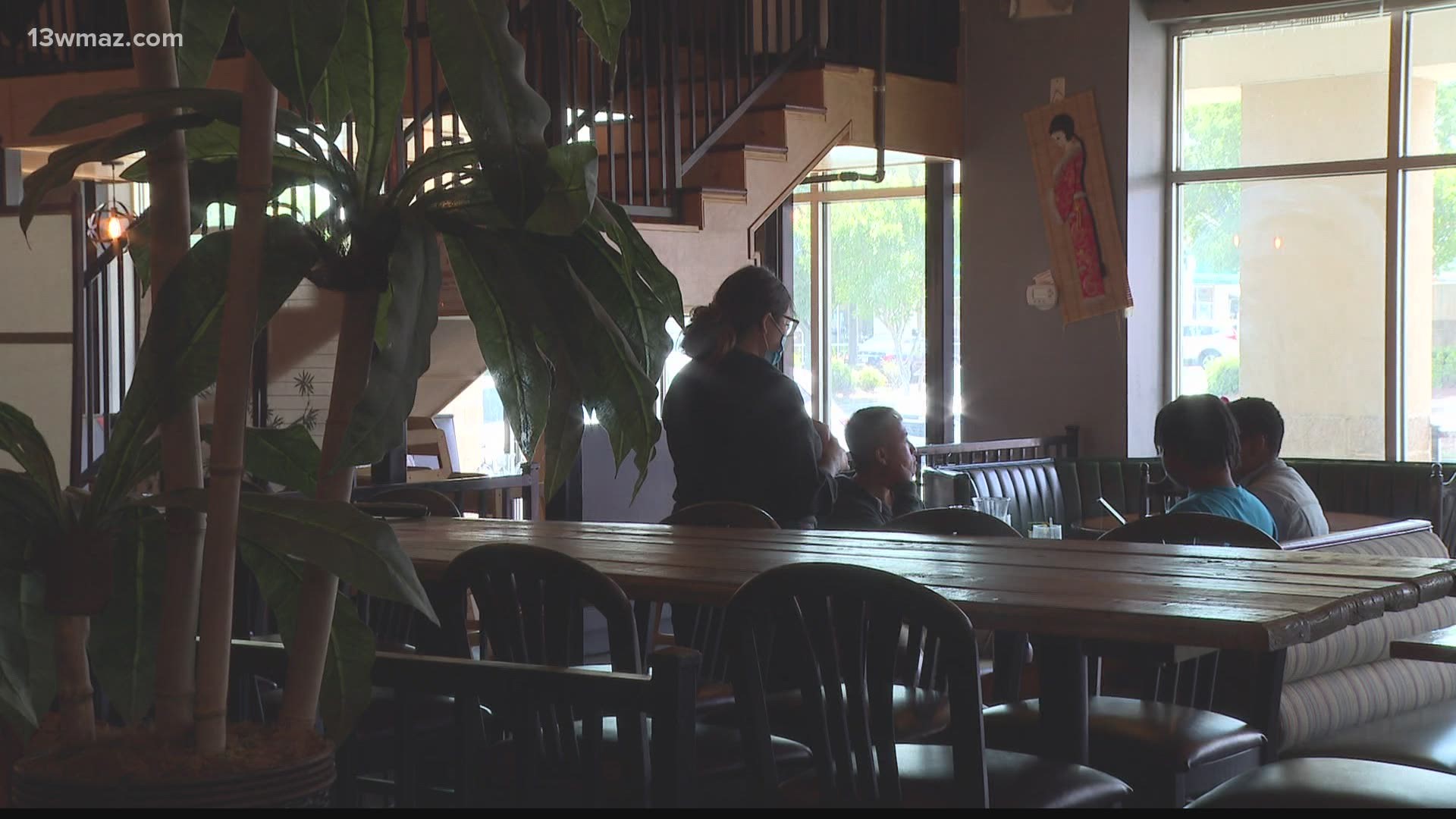 WARNER ROBINS, Ga. — Despite a recovering economy and more job opportunities than a year ago, 40% of restaurants said they're "severely understaffed.” That shortage is having an impact on where and when you can eat out in Central Georgia.

Until about a month ago, Warner Robins restaurant Sushi Thai used to be open seven days a week. They're now closed on Mondays.

“Everybody's tired, they're just too tired, not a lot of breaks – that's because we don't have enough people,” said Managing Director Gigi Tebbe.

She said she’s lost more than half of her serving staff during the pandemic.

She just hasn't been able to refill the openings.

“I've been posting. There's a few but not a lot that want to work,” said Tebbe.

“We have seen a trend particularly in the restaurant specific sector of our community,” said President of Robins Regional Chamber April Bragg.

“We've seen at least locally, some businesses are even operating take out only.”

The short staffing has caused longer wait times, which have led to secondary consequences.

“They're getting more and more bad reviews on social media, which is just another blow to an already-struggling industry,” said Bragg.

Tebbe has also seen the increase in these online reviews.

She hopes she can hire more people soon.

“I'm just crossing my fingers more will come. It's going to get better.”

Bragg said they started a Facebook group to help employers connect to people who are seeking work in Warner Robins.