'He was the light': Veteran Warner Robins skydiver killed in accident

Nick Esposito started skydiving in 2011. His wife, Kristina, says he loved that feeling of freedom you can't find anywhere else 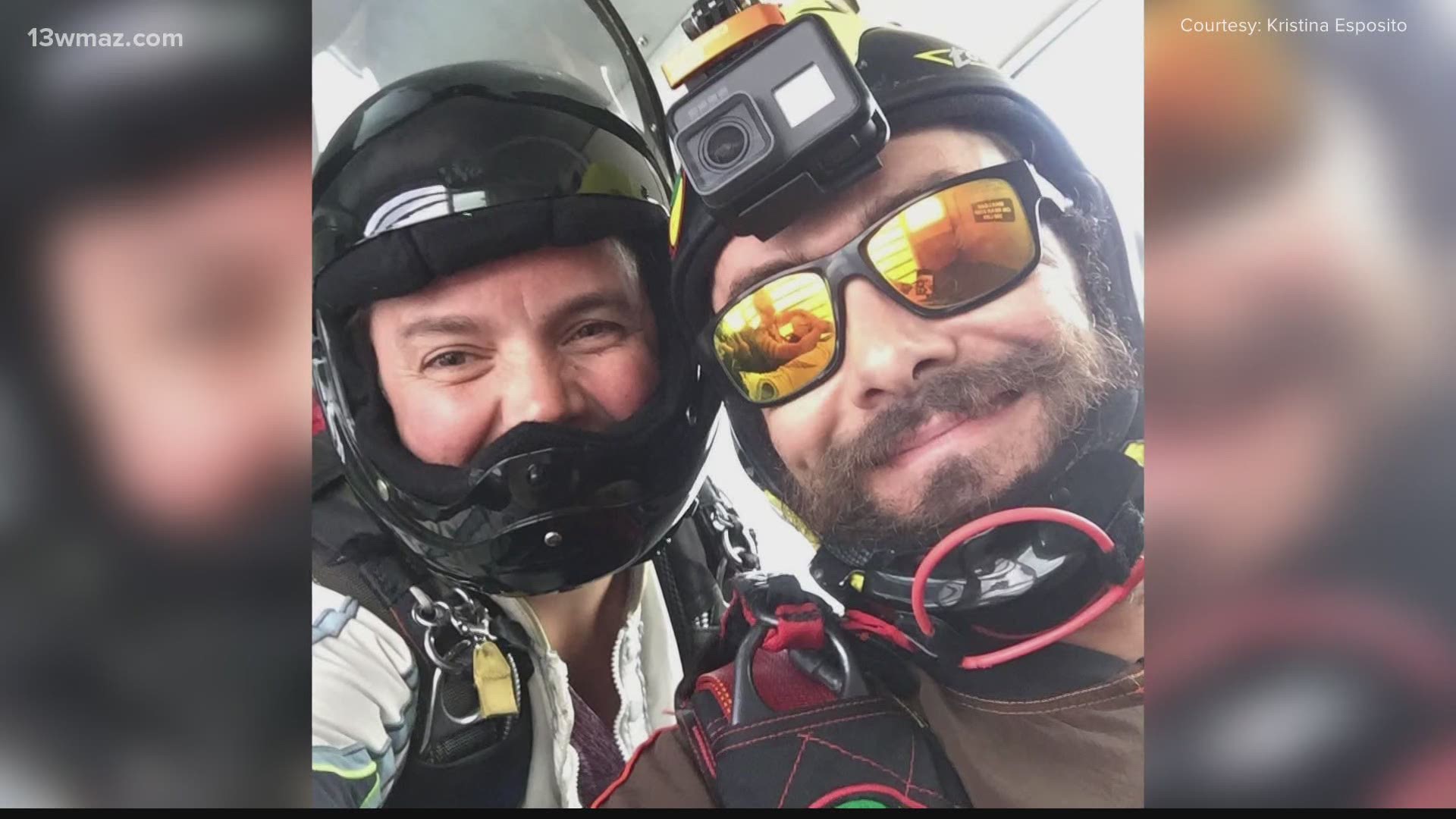 WARNER ROBINS, Ga. — What was supposed to be just another jump for one Warner Robins skydiving professional ended in tragedy.

Nick and Kristina Esposito met 10 years ago in Hawaii.

"We met on an airplane, ironically enough. Airplanes play a big theme in our life," says Kristina.

She says Nick started skydiving in 2011 and trained to be an instructor in California.

"He had that signature 'chee-hoo' he would say at the end. He'd have a little shout when the plane took off and you could just feel the pure joy."

And it's something the two of them loved doing together.

"We did a lot of tandems together," says Kristin. "We have a lot of Christmas cards of us dressed as Santa and Mrs. Claus or some other holiday theme."

But on Sunday, the 35-year-old died while doing a tandem jump with 18-year-old Jeanna Triplicata.

It was the high school graduate's first jump.

"Something went really wrong you know, because he was a professional," says Kristin. "It was not savable because he would've saved it."

"He would do anything and everything the make sure that you had an awesome time in the only safe way possible."

She usually goes out to jump with him, but this time, she stayed home.

"Of course, it was the one weekend I didn’t go jump, so I didn’t actually get to see it or be there with him."

Kristina says her husband was so full of joy and brought enthusiasm to everything he did.

"Amazing. He's a good good soul, Nick. He's one of those people whose whole lot in life is to just take care of you and to take care of others and to have a good damn time."

In the photos, you may notice Nick's bright orange shoes. Kristina says growing up in Hawaii, he always loved bright colors.

She says he bought those shoes a few years ago and they became his signature look. He was on pair number five of the same shoe.

"You could always tell when Nick was in the sky with you."

Kristina says Nick could turn anything into an adventure.

"He made even the least fun situations, like trying to help a buddy find his canopy in a thick brush, a really good time. He was the light."

Skydive Atlanta says the accident was caused by a parachute malfunction and they say they are working with the FAA to find out exactly what went wrong and caused the fatal accident.

RELATED: Employee at Byron sand plant dies after being electrocuted