Adapted bikes are not covered by insurance, but can enhance a disabled child's therapy sessions. 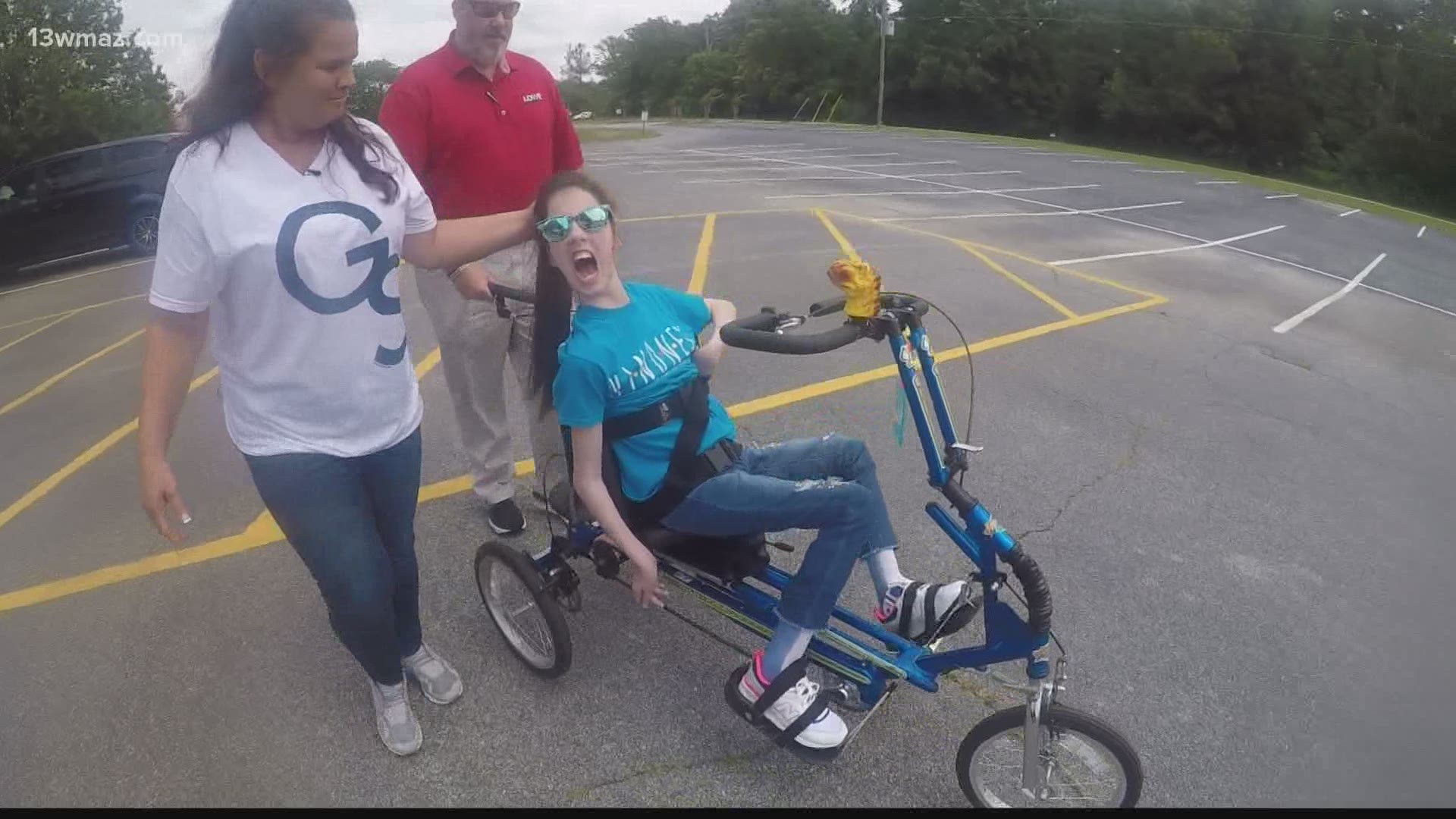 WARNER ROBINS, Ga. — Riding a bike for the first time is a milestone for most children, but for one 15-year-old girl, it wasn't even possible – until now.

Mikalah Wood has a lot of similarities to any teenage girl. Her mom said she loves football games, going out to eat, and shopping.

“She does get out, she's normal teenager in that sense,” said Mikalah’s mom, Jill Wood, but unlike other teenagers, Mikalah has Glutaric Acidemia Type 1, a rare genetic disorder that limits her mobility and requires her to use a wheelchair.

The idea of Mikalah ever riding a bike seemed near impossible until she tried an adapted bike.

The first time she got on the bike, Beth said she was actually pedaling by herself,” said Wood, “So that just melts my heart.”

Beth Bryan has been Mikalah's physical therapist for several years.

“The first time we put her on a bike, her face just lit up,” said Bryan.

The adapted bikes are made custom fit for each rider's need. Bryan said the use of them can provide a multitude of physical benefits.

The problem -- the bikes cost an average of about $4,000, and medical insurance won't cover it.

“Typically we'll evaluate five or six kids, and maybe one gets a bike,” said Bryan, which is why Wellspring Wellness Center in Warner Robins is hosting a raffle fundraiser to help children like Mikalah.

Bryan said  they have six bikes paid for.

“We're just looking for funding for the last two bikes, because, like I said, every kid deserves a bike,” said Bryan.

For Mikalah's parents it goes beyond just the physical gains that could be had.

“It would give them a chance to feel like every other kid to get outside and ride bikes,” said Wood.

The raffle winner will receive a Blackstone griddle and Cajun Bait gift set.

You can click here to enter for a chance to win.