A council meeting, a closed session, and a 'surprise' retirement: Brett Evans is out as Warner Robins Chief of Police

Councilman Tim Thomas confirmed Evans would be retiring, and Evans himself confirmed it, by text 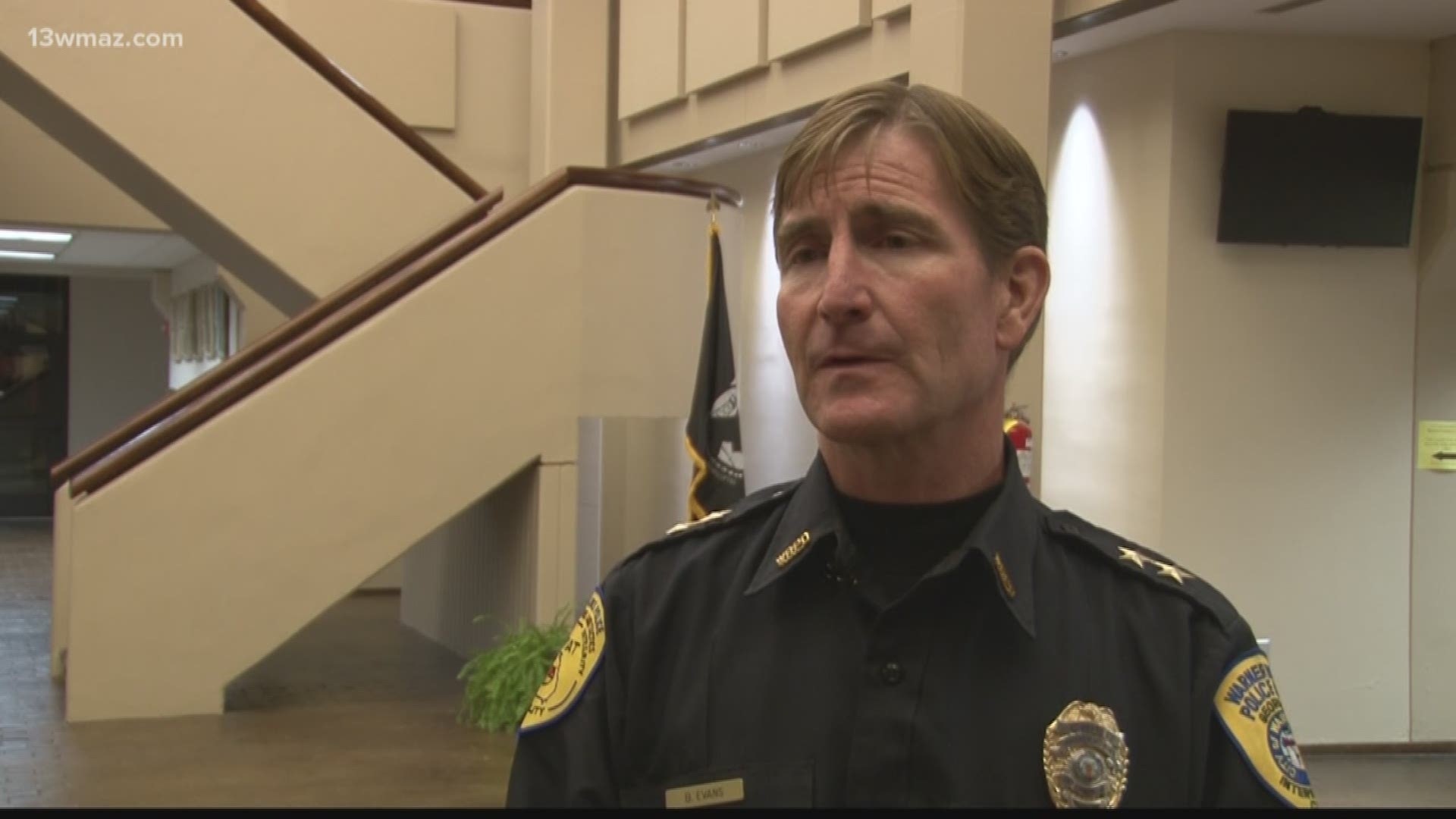 Thomas verified on Monday Evans would be placed on administrative leave, effective Tuesday.

"Anytime you lose a good leader and a man of service who has given a lot to the city," she said, "I think that they should be honored and appreciated."

When asked if she thought Evans was honored and appreciated in the way his time with the department ended, Parson said "no."

Parson would not confirm if the decision was made during a closed session for personnel held at Monday night's city council meeting, but suggested it was likely.

She said as far as she knew, there was a pre-council meeting and then a closed session that Chief Evans went into, and then Chief Evans sent an email to the department saying he was on administrative leave.

Parson would not say if Evans' retirement was forced--or in any way tied--to the department's longstanding hiring challenges.

However, when asked she said "you guys covered a story from June" referring to a specially called City Council meeting where Evans' future was rumored to be on the line.

Evans remained in office at that time, but two weeks later, some council members said Evans had been given an ultimatum to hire more officers.

Thomas says an interim chief will be appointed on Tuesday as well. He would not say who the interim chief would be or what Evans' reason to retire was.

Parson said she also did not know who the interim chief would be.

This is a developing story, stay with 13WMAZ for updates.