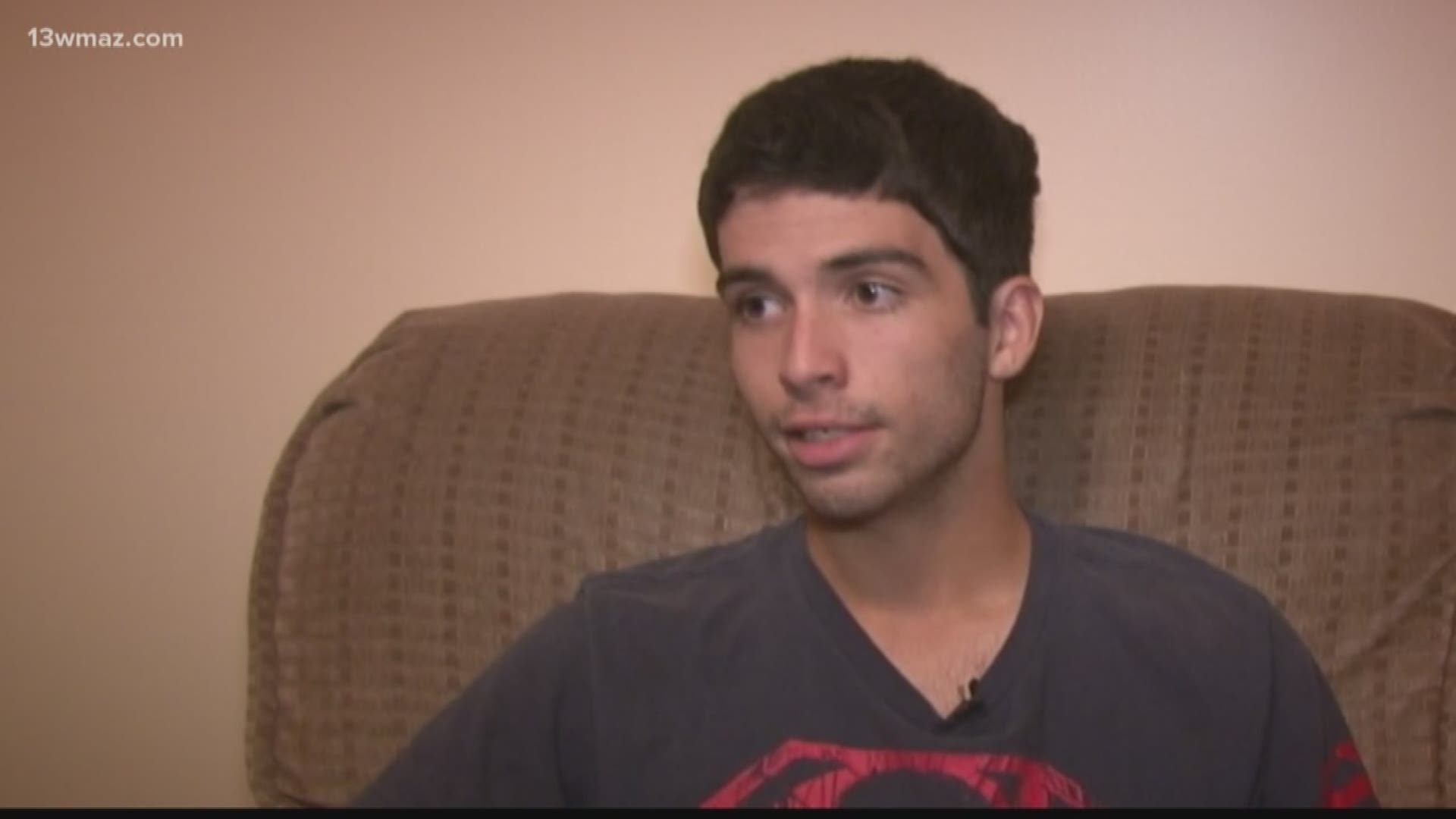 WARNER ROBINS, Ga. — As Northside High School senior Nick Ramirez gets ready to walk across the graduation stage, he can't help but reflect on how far he's come to get to this point.

Nick not only had to learn the same curriculum as his peers, but he also had to re-learn many of his basic math and reading skills as he started high school.

Nick buckled down in the classroom and spent hours after school trying to get back on track.

"I always had to be five or six steps ahead, so if I get set back, I can come back from it and still have something to work with," he said.

All of that hard work paid off with a little help from his service dog, Teddy, supportive family and friends, and new medications.

"I got my driver's license. I've gotten a job. I got accepted to college," Ramirez said.

Just three years ago, all of those accomplishments seemed out of reach, but Nick will head to Tulsa Welding School in Jacksonville this summer.

"After Tulsa, I'll be going to commercial diving school to get my diving license and do underwater welding," he said.

His goals are endless, and he is on a mission to achieve all of them.

"To show that even if you're going through something hard, you can still make something of yourself," he said.