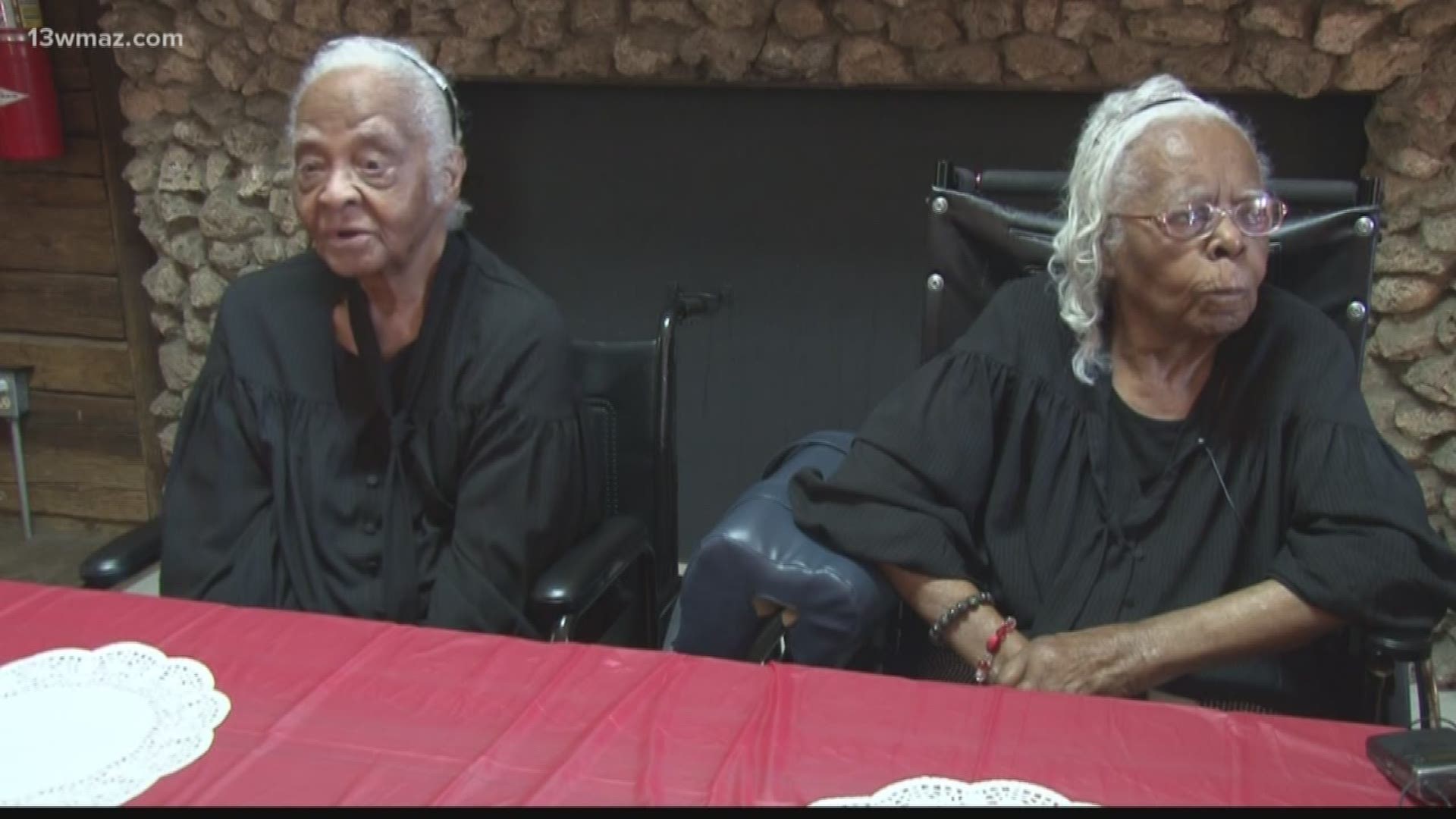 Turning 102 is pretty special, but doing that with your twin by your side is remarkable.

Ann and Gussie Crumby turned 102 back in May and on Saturday they got to celebrate their long life with family.

Age is but a number to these twins.

They say those 102 years would mean nothing without each other.

"When I look around I see her and when she looks around she sees me," they said.

They even match from head to toe.

The Crumby twins grew up in Hancock County, raised by their grandmother.

"We grew up on the farm, we worked on the field, we went to a little school. It only had one teacher," they said.

Both were seamstresses. Ann never had kids and moved away to New York when she got married, while Gussie married, had children and moved to Washington County.

They were separated throughout the years, but found their way back to each other in the late 90s. Since then, they haven't strayed too far apart from each other.

"We haven't been apart so much. We just mostly stay from one place to the other but we mostly stay together," they said.

Through the Crumby twins' 102 years on Earth, family has meant everything.

According to a study from researchers in Denmark, identical twins survived longer than the general population.