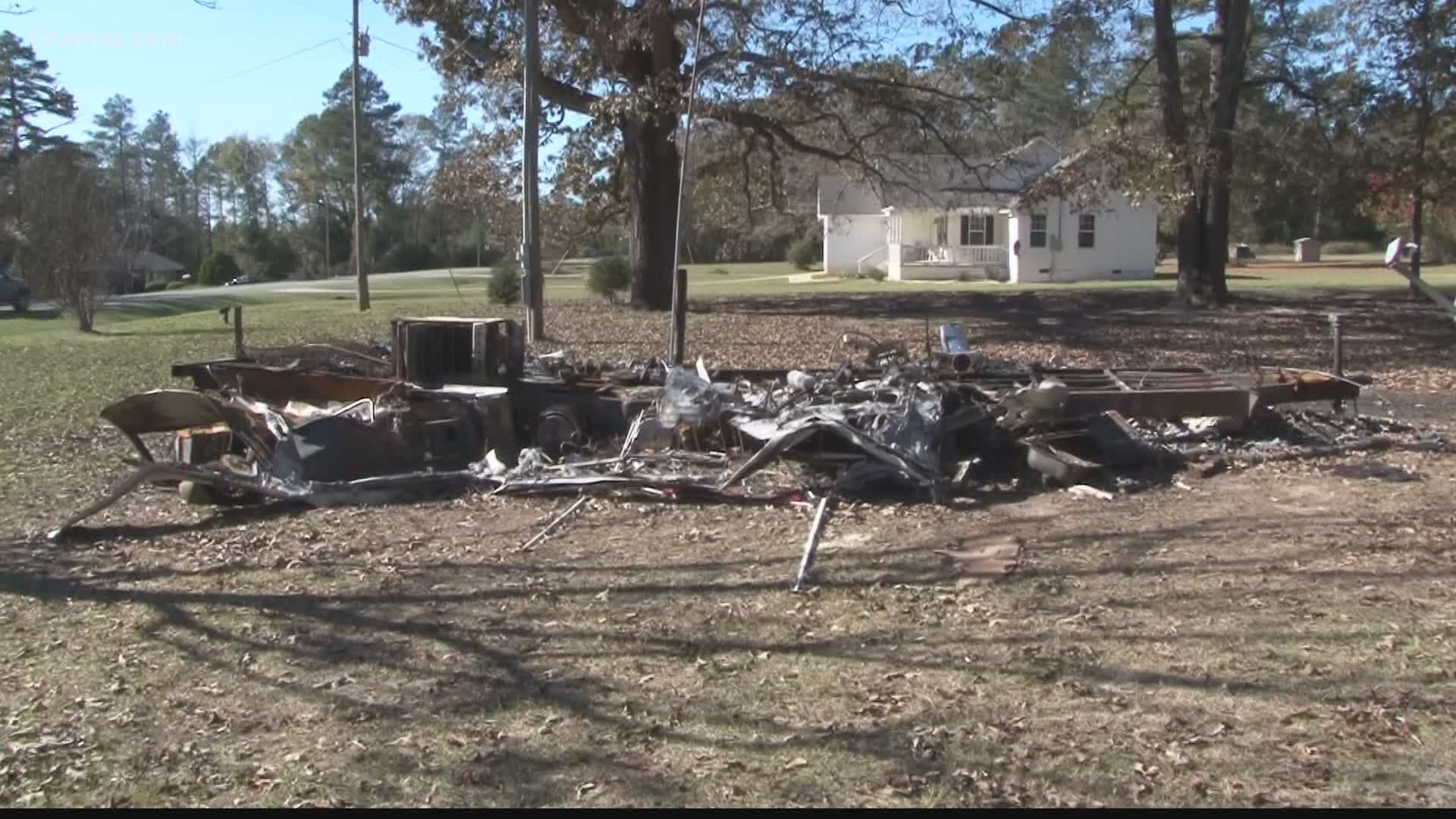 WASHINGTON COUNTY, Ga. — On November 8th, Tiffany Waters got a call from her landlord saying that her home burned down as she was dropping her children off with their babysitter.

The fire was caused by a gas heater.

"I thought my landlord was joking at first, really," Waters said.

She rushed back to go see the damage and everything was gone.

"I started freaking out, really, because I didn't know what I was about to do with all the babies -- they didn't have any clothes or anything left," Waters said.

Sophie Lundy is the owner of Warthen RV Park.

"She was already really nice letting us stay there because I've had a really rough time this year with three babies. When I saw that, I felt bad for her instantly, too, because I know she was probably upset," Waters said.

Waters, her boyfriend, and their children are staying with a friend until they can find a new place to rent out.

"I'm just kind of in a homeless kind of position because I have to stay with someone else and be in one room with three babies and stuff. It's pretty rough," Waters said.

Her fourth child is expected to be here in April, which makes makes the need for a new living situation greater.

She says one of the hardest parts is trying to explain to her kids is that their home isn't there anymore.

"I don't know if they fully understand it, but my little boy keeps asking me, 'My Paw Patrol burned up?' He's just kind of trying to get it," Waters said.

Since the fire, people have chipped in to donate items to help Waters and her family get by.

Waters says she's received so many clothes for her babies that she can no longer fit anything else in her car and that her next step is finding a new place to store these items.

The family is accepting donations including women's clothes and children's clothes.

You can drop off all donations at 9470 South Sparta Davisboro Road.