'We have a lot of togetherness:' Smarr community paints town's history on mural

The town came together to create a mural, where each detail carries a special meaning. 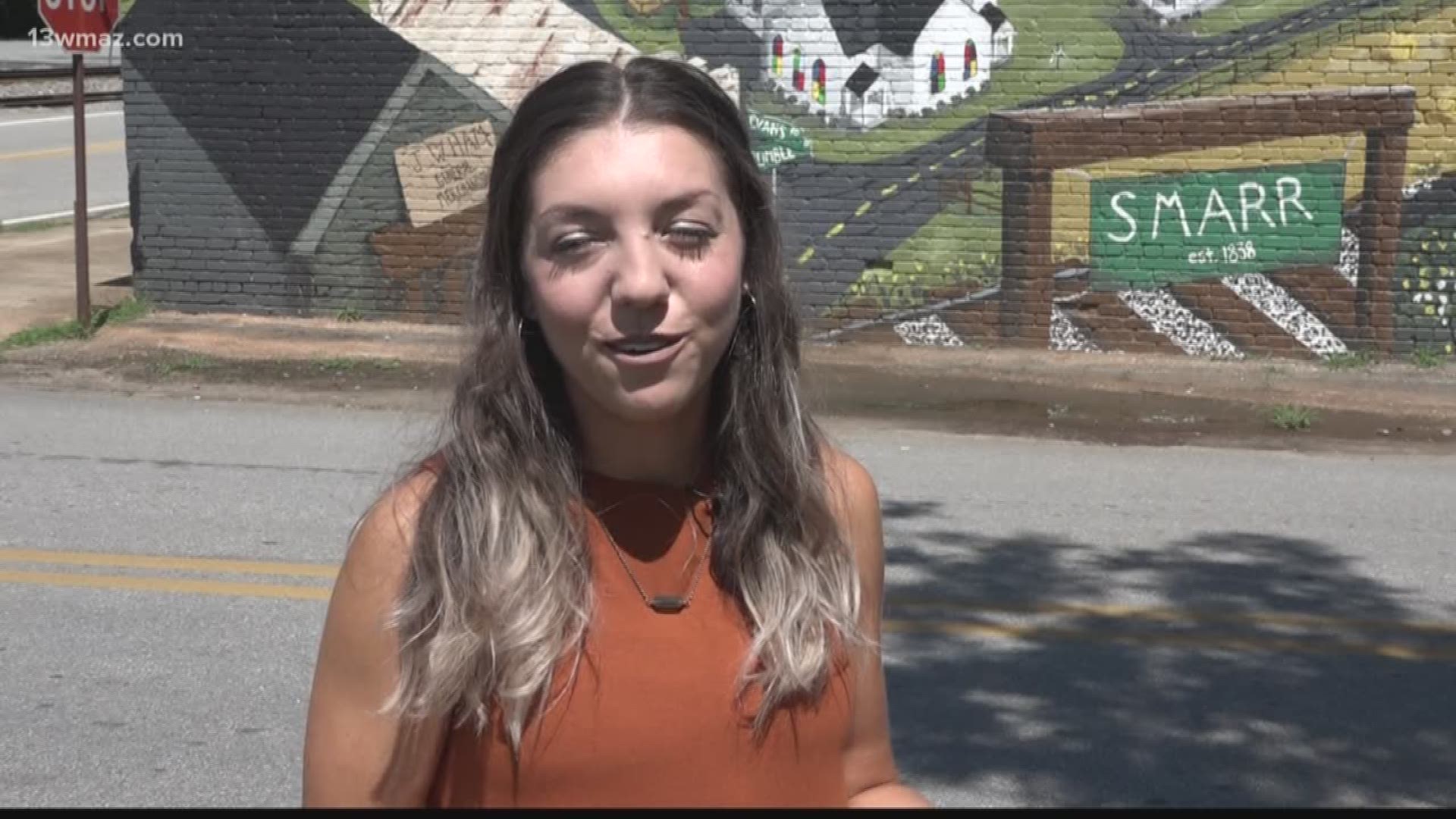 SMARR, Ga. — "To press all of the paint in -- that was quite difficult," says Katie Rowland.

Katie admires the now-dry paint on a brick wall. Two years ago, Katie painted a picture of her home, Smarr, in Monroe County.

"My dad had been telling me ever since I painted it, he said, 'Man, that would be really cool on a mural,'" says Katie.

That's exactly what it turned into.

Katie's name is signed on the wall as the artist, but a few others fall alongside.

"We actually had a couple people pull over, and I offered to let them paint," says Katie.

They did -- people in the community grabbed a paintbrush and got to work, including families, young children, the elderly. Why? Because they love their town.

"Smarr is just a wonderful, small farming community. We don't have a lot of stores or anything like that. We have a lot of togetherness," says Eddie Rowland.

If you look at the mural, you probably don't know a lot of the places on it, because you aren't a "Smarr-tian."

The mural features a 100-year-old church, old convenience store, and homes of ancestors that created Rumble and Evans Road.

The paint strokes encompass the history of the town.

"It's like restoring, I guess, the community from the way I knew it growing up," says Frances Davis.

It's the small details that only a true "Smarr-tian" could interpret.

"My dad comes up here every year and we go dove hunting. We put him in there," says Eddie.

What about the 3 little girls riding bikes down the road on the mural? They ride every Sunday from home to church, a tradition worthy of the town's mural.

"We just like to have some fun while we go to church," says Sophie Evans.

These are tiny features that matter and bring the people together because, "I don't think there's another one anywhere," says Davis.

To them, Smarr is one-of-a-kind, and this mural represents home.

RELATED: Here's the 'Good News' that happened in Central Georgia: May 26 - June 1