'We have to start all over again:' Eatonton couple's home crushed by tree

Altravius Carey had to crawl out of the house to get help after a tree fell on his home. 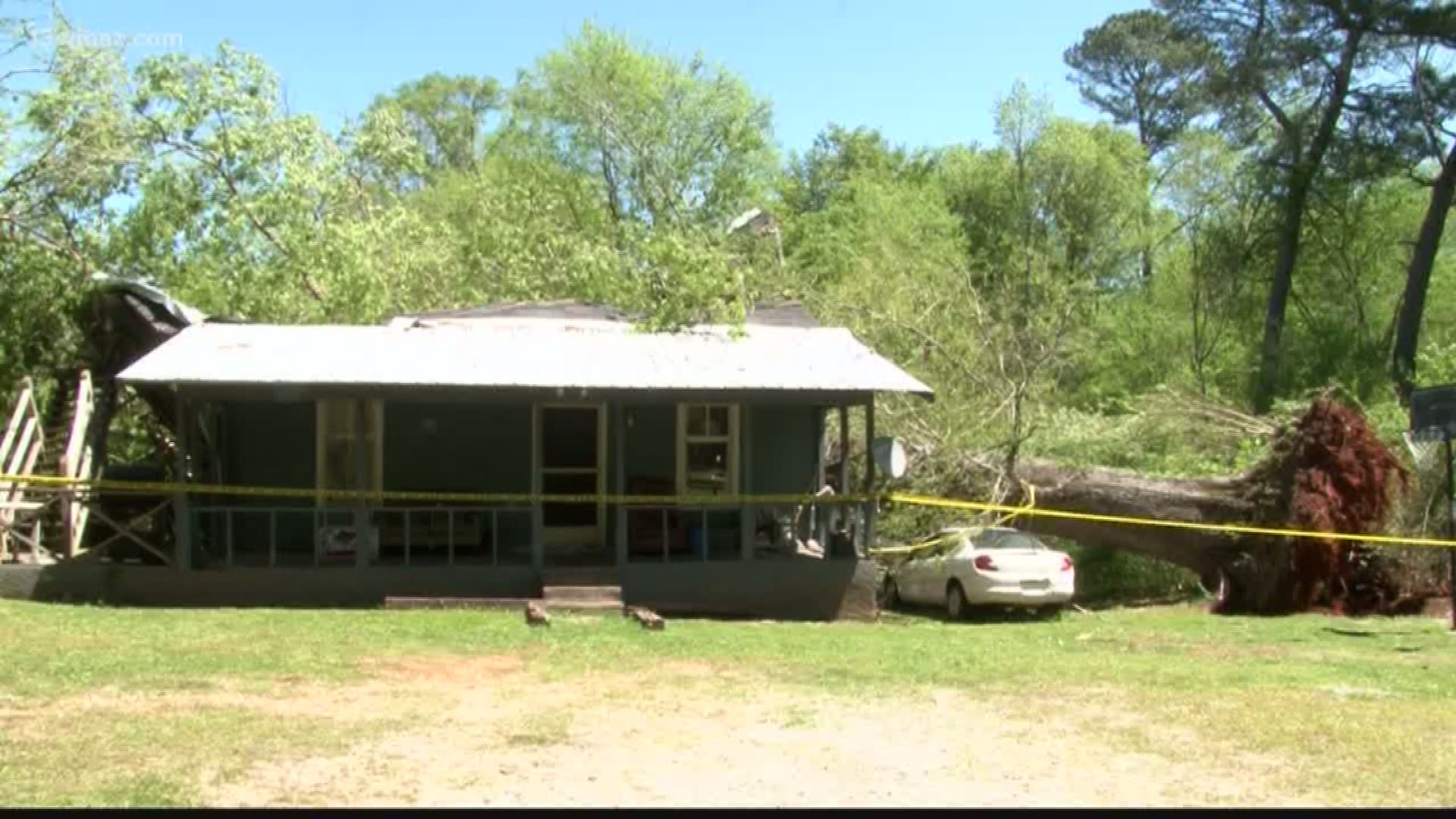 EATONTON, Ga. — An Eatonton couple is spending their days in a motel after a tree crushed their home during Sunday's storms. Altravius Carey had to crawl out of the house to get help after the tree pinned his girlfriend, Natasha Roberts, under a beam in the home.

RELATED: Power lines, trees knocked down as storms move across the state

"Shock, pure shock," Carey said. "You have to go through it to understand it."

Heavy storms toppled the tree into the home, splitting it around 1:15 p.m., according to Putnam Fire Rescue chief Shane Hill. Hill said it took crews over an hour to pull Roberts from the wreckage.

The pair was sent to separate hospitals to have injuries evaluated. Carey says he has a fractured collarbone and a broken rib. Roberts says she sustained bruised organs. Roberts' mother, Janet Summerlin said she's just glad the pair is okay. "It's almost like a nightmare, it really is, and we're just grateful because they could have been killed in this," Summerlin said.

On Monday, the couple rummaged through the remains of their home just trying to salvage anything they could. Carey said the couple began renting the home about six months ago after leaving a tough neighborhood. Roberts said she had eyes on the home since she was 12 years old. "To see it like this is just heartbreaking because now we have to start all over again," Carey said. "It's a blessing to be alive."

RELATED: 'When I see that there, I know God is real,' says man who was at church when tree fell through roof