An algae specialist explains how algae is tested and what people should look for before going in the water. 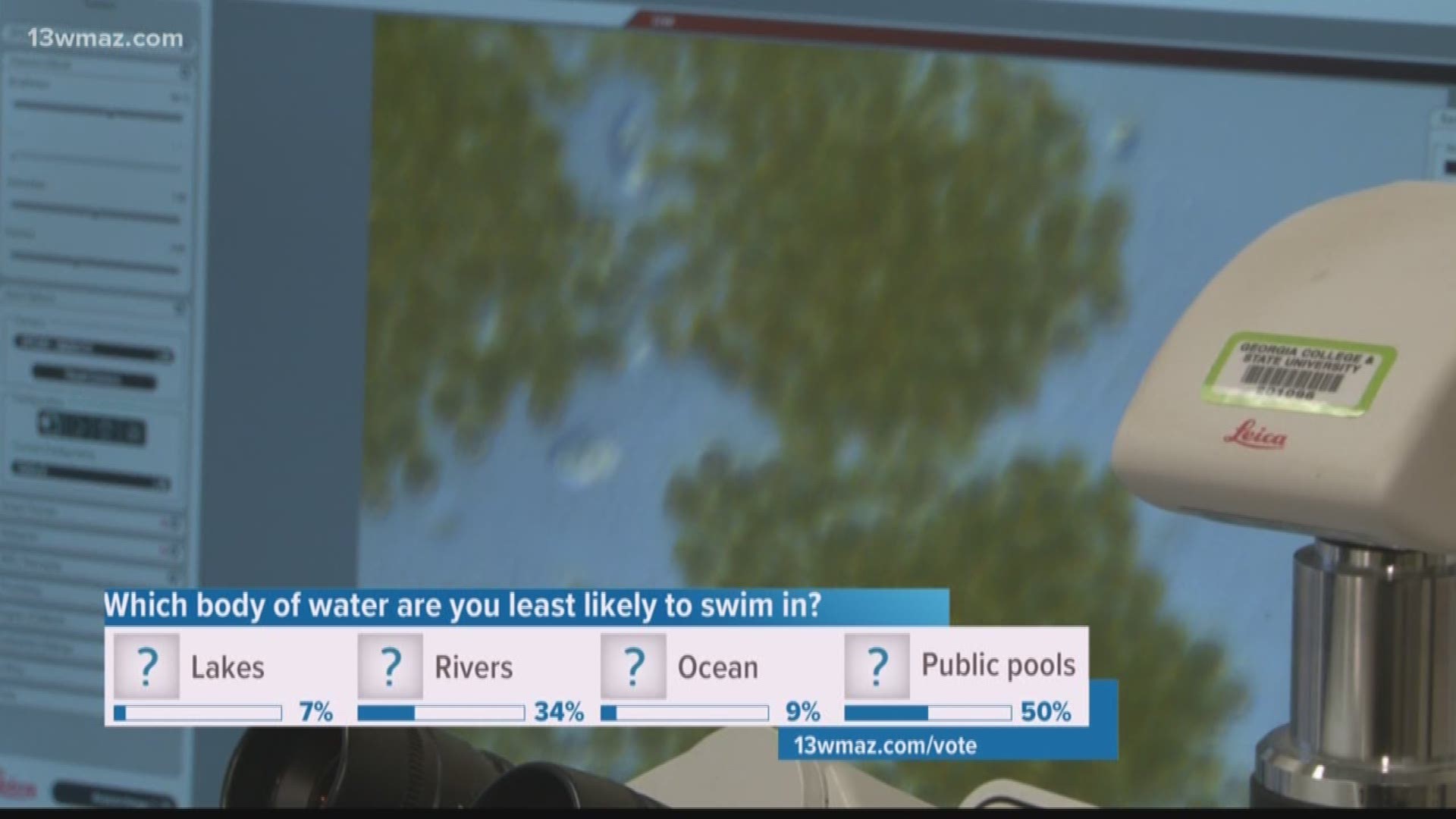 MACON, Ga. — Many algae samples from lakes and rivers across the state are sent to Central Georgia for testing to see if they're dangerous. Georgia College biology professor Kalina Manoylov works with the state and Georgia Power to collect algae from streams and rivers. She looks for what kind of algae is in the sample and what kind of toxin it can produce.

Her team tested the cyanobacteria or blue-green algae suspected of killing a dog in Lake Allatoona about a week ago.

"There was definitely toxicity that we reported there, but the algal population was not at the highest level when I got the sample. It's a timing issue because the death happened on the weekend and I got the sample collected on Monday," said Manoylov.

She says the algae typically thrives in high temperatures, high light, and still water that has increased nutrients from fertilizers in surrounding yards.

"We just have perfect conditions in some of those coves and lakes," said Manoylov.

According to the United States Environmental Protection Agency the algae will look like scum or a green mat on top of the water. The agency says despite the name, the algae can be blue, green, brown, or red. Testing reveals if the bloom is toxic.

"Typically, we run the strips and we want to make sure we are correct, so we always run at least double." said Manoylov.

Tests can take 30 minutes to an hour depending on the depth of test. After several tests, her team takes the average of the results.

Manoylov says all bodies of water can have algae blooms, but says you'll typically find the toxic producing algae in shallow ponds and coves rather than deeper lakes and rivers.

She says the toxins can affect people and animals differently depending on their size and exposure. People usually have flu-like symptoms.

RELATED: What causes blue-green algae, and how can you tell if your dog swallowed it?

RELATED: Blue-green algae: What it is and how to spot it