'We lost a good one': Bikers mourn the loss of Warner Robins motorcyclist killed in accident

Bikers across Central Georgia say they're still searching for answers in a weekend motorcycle accident that killed Cynthia Abdur-Raheem. 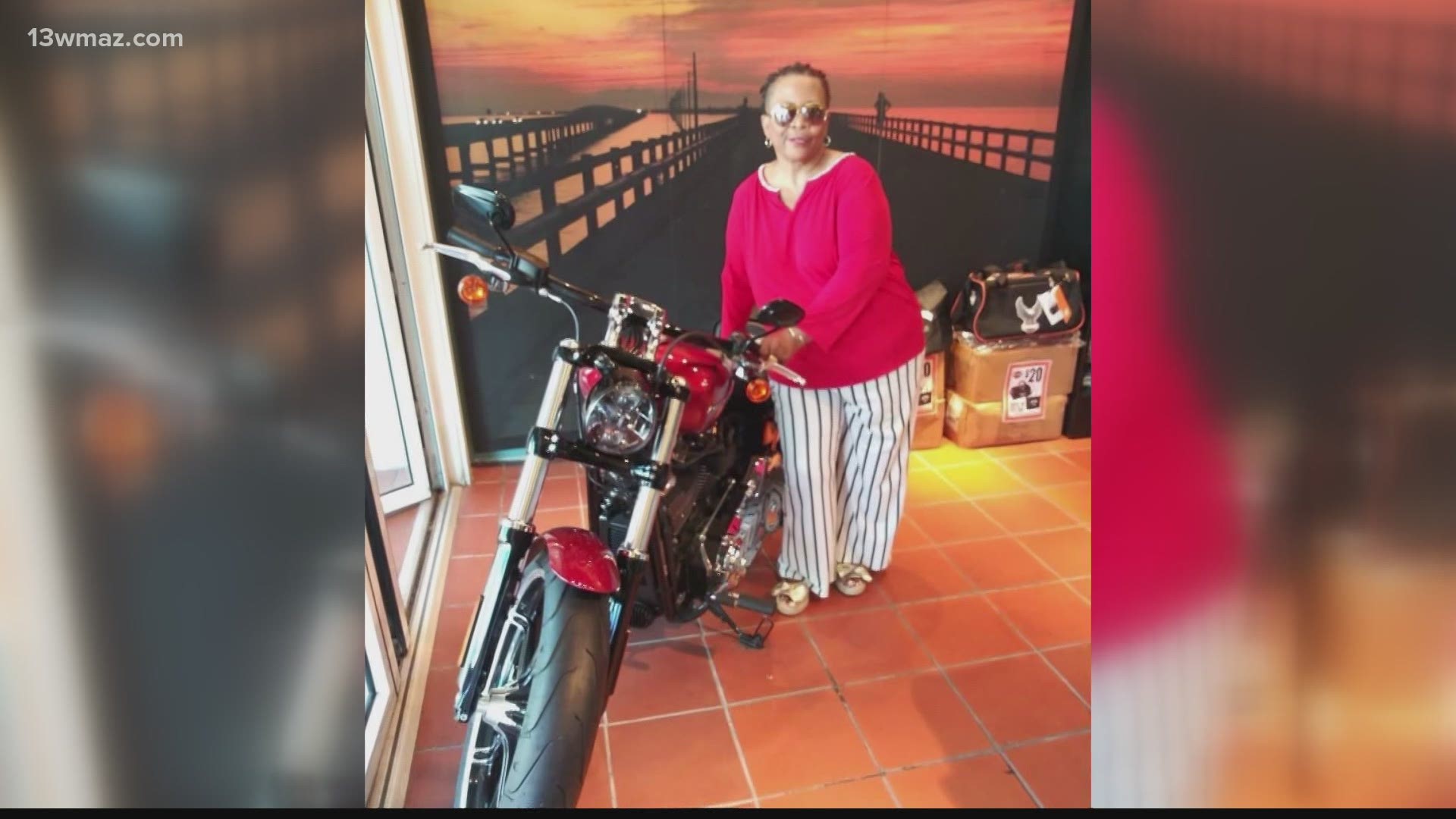 According to friends, Cynthia Abdur-Raheem was newly-retired and she spent a lot of her free time with two motorcycle clubs in Warner Robins -- one with the American Legion Riders and the other, the Tuskegee Airmen Motorcycle Club

"I'm kind of still in a numb state, you know? Kind of shocked," says Darryl Mercer with American Legion Post 594.

For the last decade, Mercer says Abdur-Raheem became more than just a riding buddy with the American Legion Riders. She was his friend.

"She liked to joke around and she took a good joke as well as knew how to give out a good joke. A really fun person to be around," he says.

Mercer says she was also active in the community, working with the American Legion and any other service project she could get her hands on.

Vincent Garrett, president of the Tuskegee Airman Motorcycle Club, says she's been a member of the club for the last five years.

"We got a lot of young guys, too, they call her 'Mama,' everybody gives a hug. She was about preserving the legacy of the Tuskegee Airmen and riding a motorcycle," says Garrett.

Garrett says he was one of about 20 bikers riding down I-75 south on Sunday, the day Abdur-Raheem died.

He says the accident shook up the whole crew.

"It was me in the front, whole lot behind me, then guys behind her, and they witnessed everything," he says.

Garrett says this is the first motorcycle fatality for the nationwide clue, and it's going to weigh heavy for a long time.

"We loved her so we lost a good one. She was real active in the community and we were proud to have her in the club," says Garrett.

Garrett adds that Abdur-Raheem was the last active woman member of the Warner Robins chapter.

Mercer and Garrett say most of Abdur-Raheem's family lived up north, so she considered the bikers her family.