'We made it happen': Mercer University holds annual Bearstock Festival

Two Mercer seniors say senior year during the pandemic was difficult, which is one of the reasons why this years festival meant a lot to them. 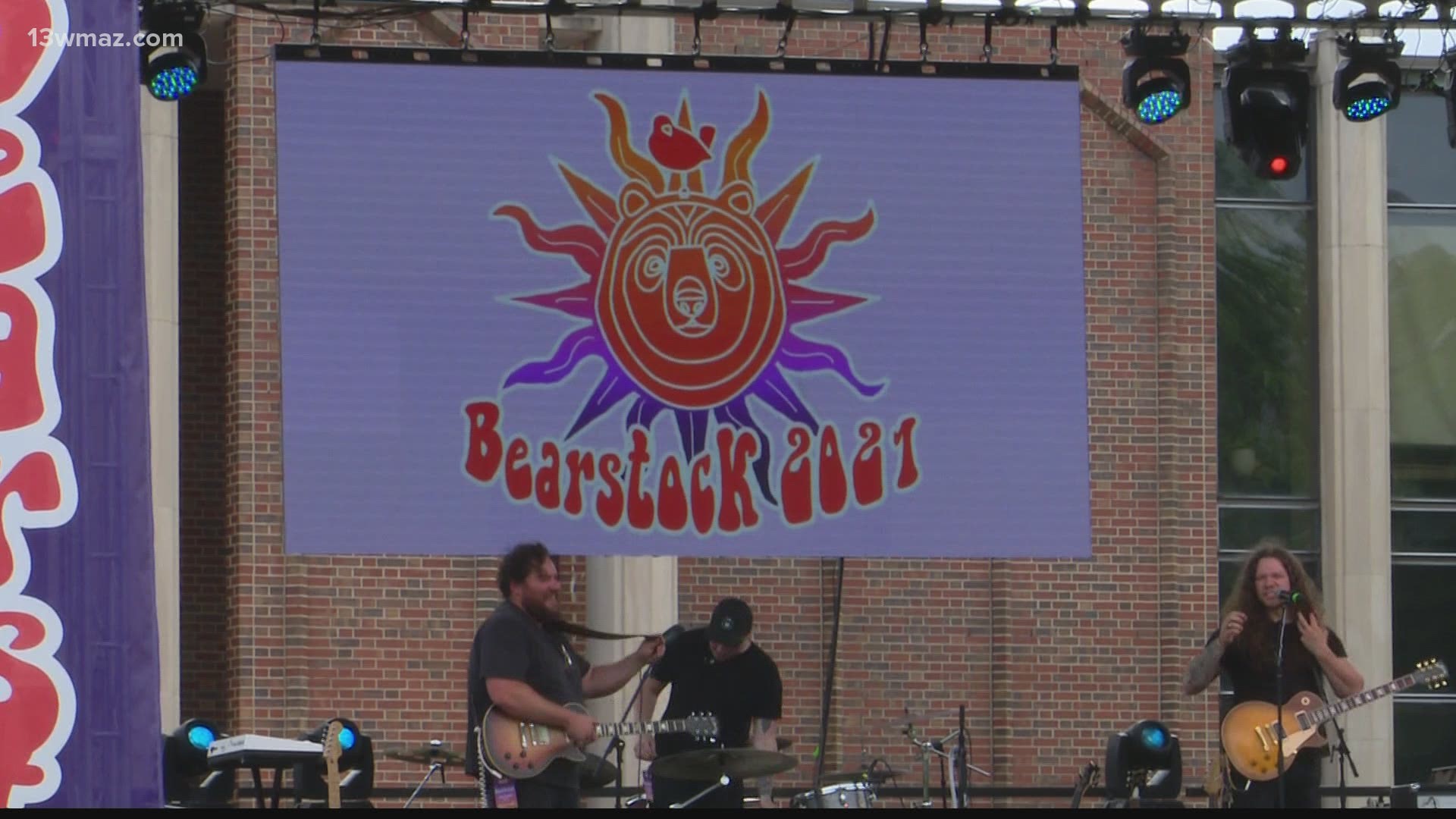 MACON, Ga. — Friendship, music and fun is what Mercer's Bearstock Music Festival is all about.

"I love it, it's so fun to see everyone out here enjoying the music," Myla Swint says.

There was a lot of uncertainty around this years festival, because of the pandemic.

"We weren't sure for a really long time, but we made it happen," Savannah Jones said.

Myla Swint and Savannah Jones are seniors at Mercer University.

Swint and Jones played a big part in making this years Bearstock festival possible through their involvement with Quad works and the Mercer Live Committee, after the festival was cancelled last year.

"I'm very excited about it, but it was definitely a very stressful process," Swint said.

Which is also how they described experiencing senior year during a pandemic.

"It put a different twist on it. I couldn't do the things I wanted to do, like I couldn't go downtown. I turned 21 and wasn't allowed to go anywhere," Jones said.

"It's also been a difficult one because you have to deal with things outside of school that kind of just get in the way of everything," Swint said.

A big reason why this years festival is a big deal for them, as it's their last big event at Mercer before they walk across the stage next month.

"I'm very emotional because I'm a nostalgic person, and this is my last bear stock, it's an end of the era, the end of my college experience," Jones said.

Despite the changes that came along with the pandemic, Both Swint and Jones say they're happy with the way their senior year went.

"I am very lucky to have been at Mercer these four years," Swint said.

And even happier, about the turnout at Bearstock.

Jones says a lot of COVID-19 precautions were put in place this year to ensure students could gather safely.