We will never forget: Central Georgia honors the lives lost on 9/11 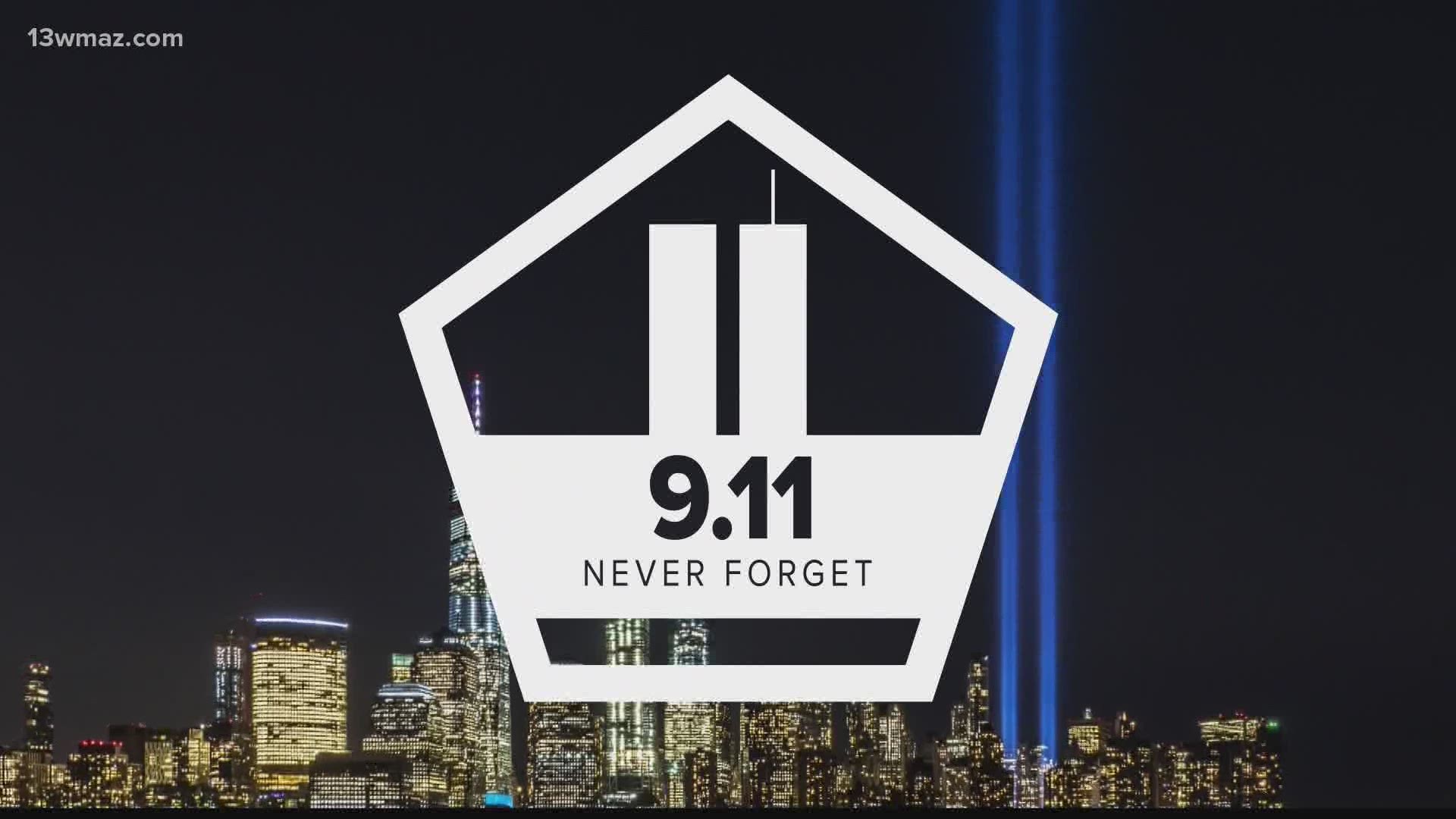 On Friday morning, local officials and first responders gathered in cities around Central Georgia to remember the lives lost 19 years ago.

During Macon-Bibb County’s 9/11 program, speakers prayed and remembered first responders killed in the line of duty in Bibb County.

It opened with the Pledge of Allegiance and a performance of the national anthem, and concluded with Amazing Grace being played on bagpipes.

“Yes, we remember those firefighters and public safety officials that ran into a 100-story building on September 11. We see that same courage, bravery, and devotion to duty when a firefighter runs into a one-story house,” said Reichert.

In Houston County, leaders and first responders gathered at the Museum of Aviation to honor the lives that were lost.

Warner Robins Police Chief John Wagner recalled being in a staff meeting at the police department when they found out about what happened.

“Back in our office was one of the few spots that actually had a cable TV and had a TV working, so we went back into our supervisor’s office [and] turned it on just in time to see the second plane strike the building. We were all awestruck by it and glued to the TV all day,” he said.

The Cochran Fire Department is holding an event at 6 p.m. to remember those like Stephen Siller, who lost his life during the September 11 attacks.

All firefighters who participate will wear their structural personal protective equipment and walk one mile.

The event will start at the Cochran Fire Department with a brief ceremony before they start walking. It will end at the East Gate Plaza on Dykes Street.

13WMAZ viewers also shared their memories of that tragic morning on our Facebook page. You can read them below:

Tomorrow will mark 19 years since the September 11 terrorist attacks. Do you remember where you were that day? Your answer may be shared during our Friday morning newscast.