What does Georgia law say about moving Confederate monuments?

Petitions and protests across the country are calling for the destruction or removal of Confederate statues and markers. 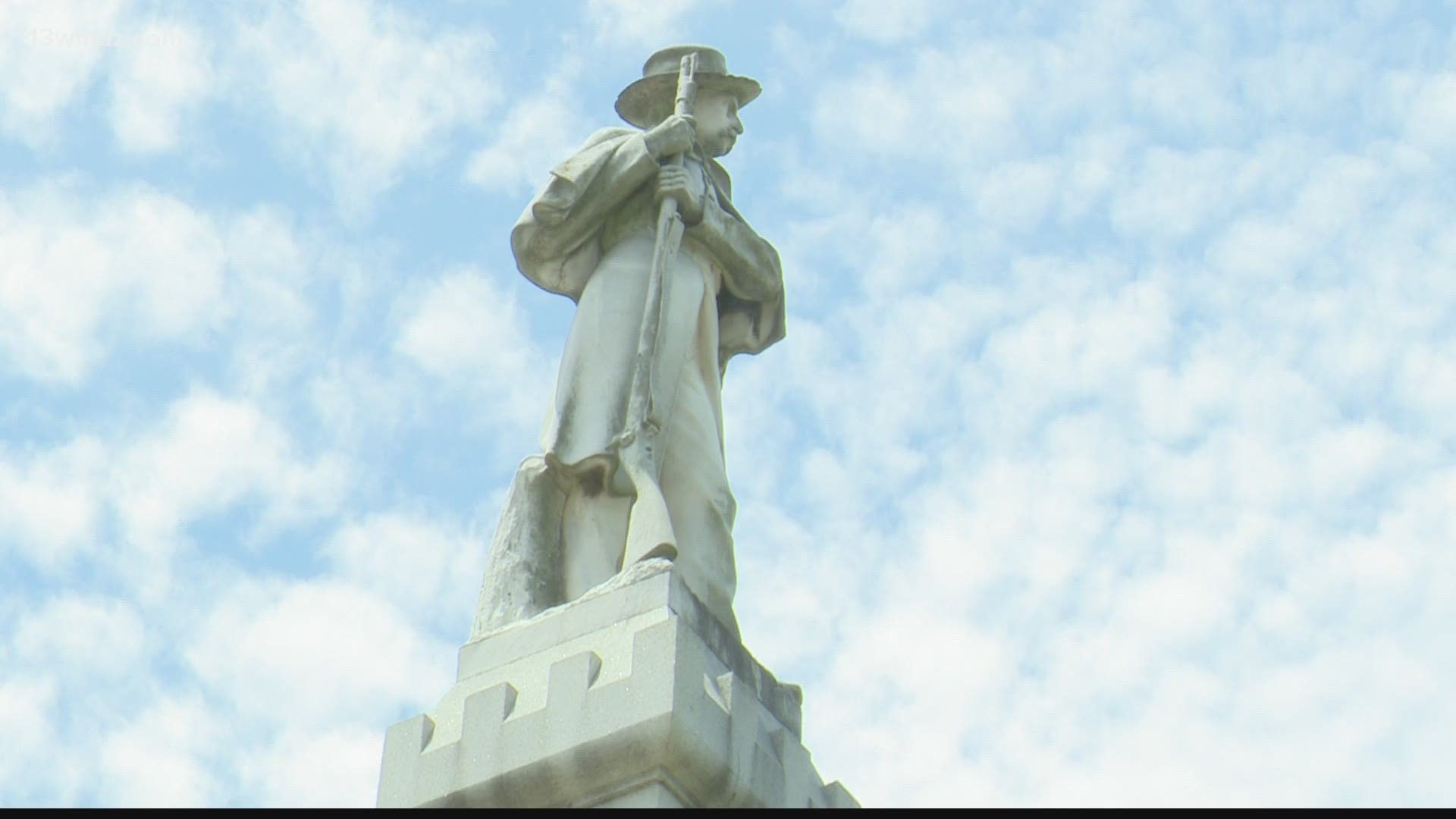 PERRY, Ga. — Petitions and protests across the country are calling for the destruction or removal of Confederate statues, including in Perry.

The statue was placed in downtown Perry in 1908, to honor the Confederate soldiers who died during the Civil War.

Now, many in the city want it moved somewhere else like a cemetery, but Georgia law makes that difficult to do.

Driving through downtown Perry, Deitrah Taylor has passed by the statue all her life.

"People did die for that cause, but I feel like the cause was not just, being a descendant of enslaved people," says Taylor.

She says she thinks the statue should be moved.

"Since it is for the dead, to me, it belongs in a cemetery."

Two petitions are circulating in Perry -- one to keep the statue where it is, and one to have it moved.

Each one has around 2,500 signatures.

Perry Mayor Randall Walker says the city is aware that many people want it relocated.

He says to do so would be very difficult.

"The law is very, very restrictive and being able to move or relocate would take a great deal of work and we really haven't investigated that yet," says Walker.

Mercer History Professor Doug Thompson says if a statue is moved, it has to be placed somewhere with similar prominence and visibility.

Mayor Walker says the statue was a gift to the "people of Houston County" from the United Daughters of the Confederacy.

It sits on the Old Perry Courthouse lawn, which is now county property.

"Not owning it, not owning the property that it's sitting on and also, you know, the restrictions that are on us by the state, we take all of that into consideration," says Walker.

Former Warner Robins City Attorney and current adjunct law professor at Mercer, Jim Eilliott says a statue can be moved for its preservation and protection, as the city of Decatur did recently.

"It deals with publicly owned memorials and there are many around the state, probably around the nation, that are actually owned by organizations," says Elliott, referencing organizations like The Sons of Confederate Veterans and the United Daughters of the Confederacy, but both Elliott and Thompson agree that moving a Confederate marker on public property is very difficult.

RELATED: 'That flag is coming down': Dozens call for Confederate memorial, flag to be moved from Eastman courthouse