Gates will open at 4 p.m. and President Trump is set to take the stage at 7 p.m. 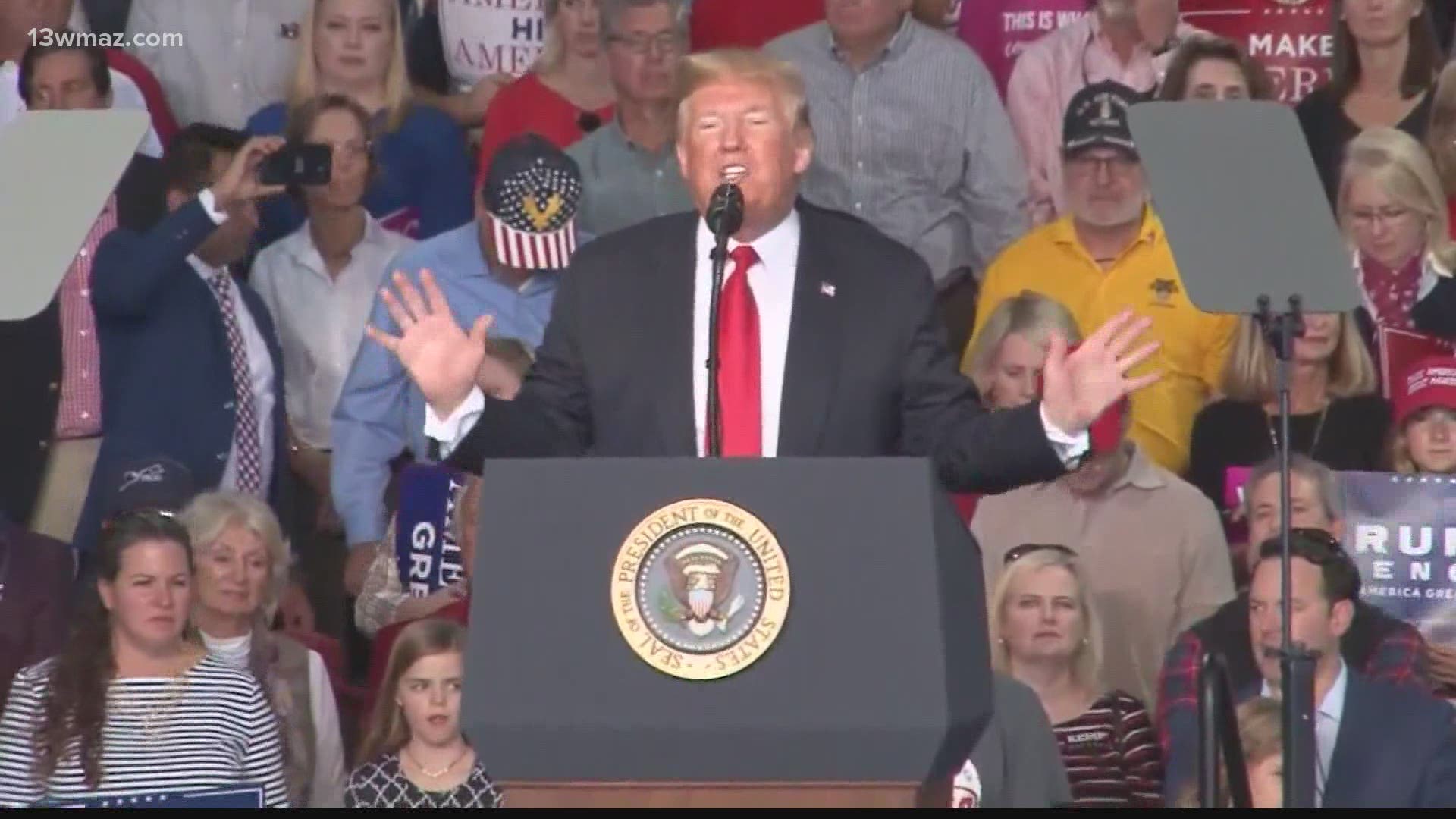 MACON, Ga. — Some people are already gathering at the Middle Georgia Regional Airport where President Donald Trump is scheduled to speak to his supporters on Friday.

Rick Frazier drove overnight from Ohio to see President Trump and he says this is the 30th rally he has been to.

"I'm just a country boy and you get to see the President once, that would be a dream come true, but to go and see him like 30 times, that's pretty awesome," says Frazier.

If you're planning on heading to Friday's rally, the Bibb County Sheriff's Office says ticketholders should enter the designated parking areas from Industrial Highway to Grace Road.

Once you're parked, you will be bused into the event.

From there, you will pass through metal detectors and a bag check.

There will also be temperature checks, hand sanitizer and masks will be provided.

Sharon Anderson and her daughter Jessie Blankenship arrived on Wednesday and were first in line.

"We want to get as close to the President as possible," says Blankenship. "He's one of the best speakers I've ever heard and the whole entire experience is phenomenal with excitement, loud speakers. It's just a movement that I've never experienced before."

This is Anderson's 12th rally and she says she's made a name for herself by being first in line.

As for any COVID-19 concerns, Frazier says after 30 rallies, he isn't too worried.

"They're going to screen you, take your temperature, they're gonna give you a mask and recommend you actually wear it. Not everyone does. A great deal do, a great deal don't," he says.

No weapons will be permitted in the event and as for protestors, the sheriff's office also there will be heavy law enforcement presence to make sure everyone stays safe.

The sheriff's office predicts traffic around the airport will be affected from 11 a.m. to 10 p.m. and they are urging people to avoid Avondale Mill Road,  which will be closed.

The sheriff's office is also warning if you do not park in one of those designated areas you may be towed.

There will also be no foot traffic allowed along Avondale Mill Road.