The businessman faced charges in a federal fraud case, but a Macon jury acquitted him last year 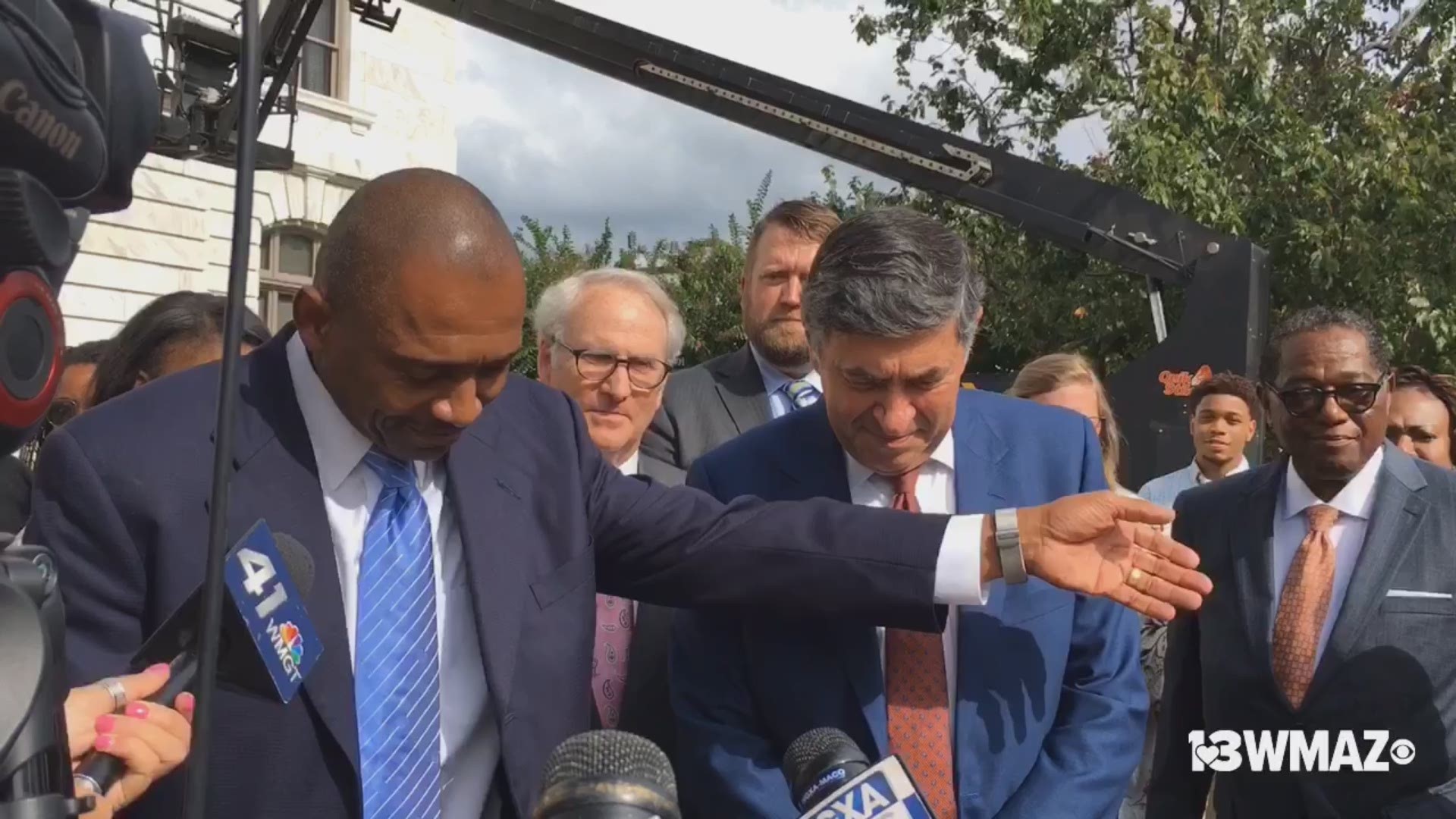 A Macon businessman and former county official who was acquitted of federal fraud charges last year wants to be Macon-Bibb's next mayor.

Cliffard Whitby has scheduled an announcement Friday on his political plans.

Although his news release doesn't say what he's running for, his website --Whitby2020.com -- is labeled "Powered by Whitby2020 for Mayor of Macon-Bibb."

So far, eight other people have taken out papers at the Macon-Bibb election office to raise money for the 2020 mayor's race.

RELATED: 2020 Macon-Bibb mayor's race: Everyone who's announced they're running

Whitby, a contractor, is also a longtime civic activist and public official who served as chairman of the Macon-Bibb County Industrial Authority. He's also been active in community-building and charitable groups.

But in recent years, he's been in the news for allegations of fraud, bribery and money laundering.

'JURY DID NOT DRINK THE KOOL-AID'

In 2018, a federal jury acquitted Whitby on all charges after a week-long trial.

Dallemand testified against him and is now serving time in a federal prison for tax fraud. He admitted failing to report that money to the IRS.

But Whitby's lawyers argued that the tape was inaudible and that it wasn't clear that they were discussing anything illegal.

They also called Dallemand a crook who schemed to fatten his own wallet and blamed Whitby when he got caught.

Celebrating after the verdict, Whitby said, "In the end the jury did not drink the Kool-Aid."

The Bibb County School District also named Whitby as one of the defendants in a massive civil lawsuit.

They accused him of conspiring with Dallemand and others to defraud the school district of $7 million.

He paid $22,500, his Whitby Inc. company $45,000, another company, Positiventures $157,500 and his non-profit, the Central Georgia Partnership for Individual and Community Development, $10,000. The settlement agreement states that Whitby was not admitting any guilt in the case.

Whitby resigned as chairman of the industrial authority after being named in the fraud case.

After he departed, the authority said three companies billed them for nearly $2 million for work that was never done -- sometimes on buildings that didn't exist.

The fraud allegedly happened from 2015 to 2017, during Whitby's time as chairman.

The three companies were all owned by people connected to Whitby, the authority said.

And many of the invoices -- like the ones for $97,000 in payments for demolition of a building that was never demolished -- were apparently authorized by Whitby and marked "Approved -- C.W."

But Whitby denied any wrongdoing.

So did the three companies, which refused to pay back of the authority's money. They blamed poor record-keeping and confusion at the industrial authority.

'CLIFFARD HAS BEEN PART OF THIS COMMUNITY'

Whitby's 2020 website says "Cliffard has been a part of this community for many years, working tirelessly to make it a better place."

It continues, "Cliffard knows the value of being connected. That's why he's building a coalition of concerned citizens like you to help Macon-Bibb win again."

A ninth candidate, East Macon activist Stanley Stewart, has not taken out papers, but has scheduled several campaign events in recent months.

RELATED: 2020 Macon-Bibb mayor's race: Everyone who's announced they're running

Qualifying for the race is in March 2020.