There's a freeze warning in effect Thursday night, but why don't they get issued all winter long? 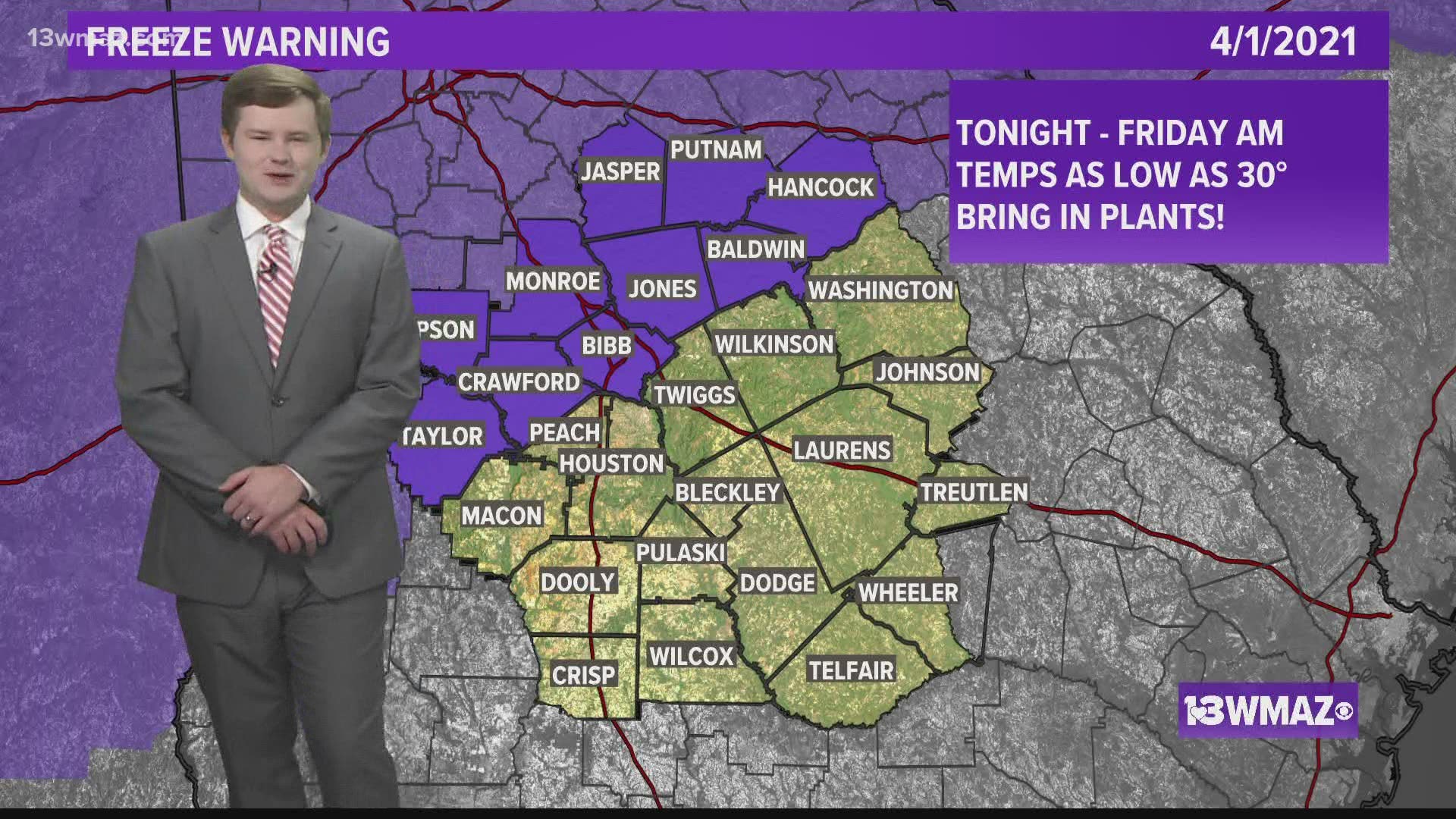 MACON, Ga. — Parts of Central Georgia are under a freeze warning Thursday night through Friday morning, and temperatures are expected to fall to around freezing.

That seems logical given that temperatures will be near freezing, but why don't we see these alerts all winter long?

The National Weather Service reserves freeze warnings and frost advisories for the times when freezing temperatures overlap with the growing season, so these alerts are only issued during the early springtime and late wintertime.

In late March or early April, we'll occasionally see these alerts. Freeze warnings and frost advisories are more so designed to get people's attention so they can protect their plants. This is why we can get temperatures in the teens in the dead of winter, but have no freeze warning to go with it.

In the fall, once the entire Central Georgia area experiences a hard freeze, the National Weather Service assumes the growing season has come to an end, and they will not issue a freeze warning again until springtime.

As it stands now, there is no frost advisory south of the freeze warning like we often see. This is due to elevated winds.

Wind helps prevent frost by mixing that really cold air that's typically a few inches above the surface with the rest of the cold, but not freezing air.

If winds were forecast to be lighter, much of the region south of the freeze warning would be under a frost advisory.

Brood X cicadas set to emerge in Georgia this summer

Atlantic hurricane season may get an earlier start in future years