Why is Walter F. George disappearing from Mercer's law school?

The Mercer Law School is formally named after prominent former United States senator Walter F. George, a known segregationist, but the university says that's not why the name was changed 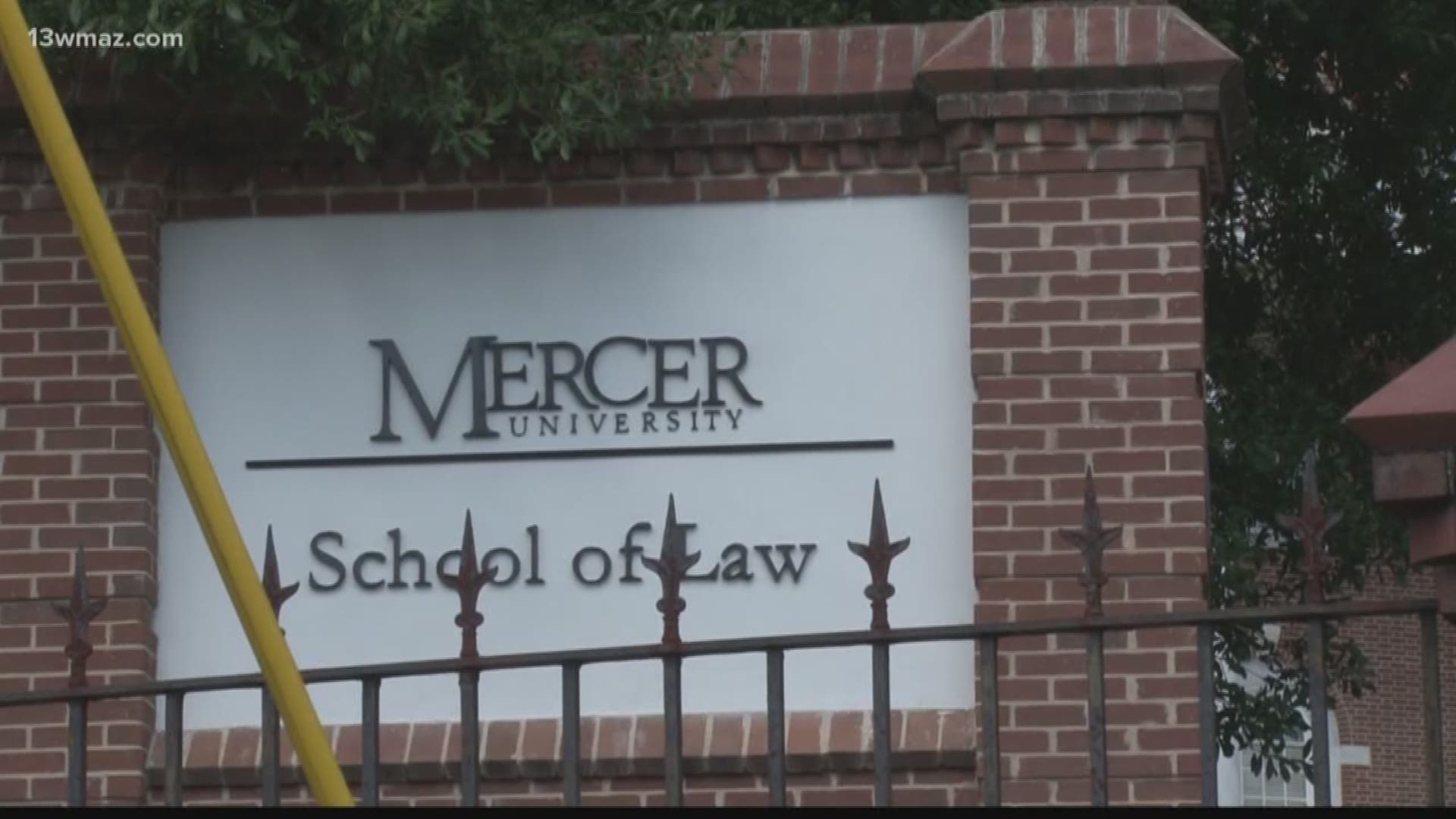 Over the summer, the Mercer Law School made a small cosmetic change -- they altered the name of the sign on their front lawn.

That decision has prompted a big discussion on the legacy surrounding its namesake.

Mercer's law school is formally known as the Walter F. George School of Law, named after the prominent senator who held a spot in Washington from 1922-1957.

He was also a segregationist and is the first name signed on the document known as the Southern Manifesto, which opposed Brown vs. Board of Education -- the Supreme Court decision that determined the segregation of public schools was unconstitutional.

The law school's new sign left off his name.

When asked about the change, Mercer University said the decision was based upon rebranding its schools named after individuals.

"Mercer University had decided with all of its different schools and colleges to emphasize the Mercer brand, which has a greater national name than the individual school names, which can be confusing on a national level," said dean of the law school, Cathy Cox.

Cox said that the sign change was a decision years in the making, decided by the Board of Trustees at least three years ago.

Abriana Horton, a third year law student and president of the Black Law Students Association at Mercer, heard rumors about a possible change since she first started, but she said she never thought it would happen.

"I know there had been talks about it being gone and the school has discussed it and the diversity council had discussed it in the past, but like to actually see it actually taken down was a shock to me," Horton said.

She said she and many students are happy to see it gone.

"I think people are generally glad that it’s down. I think to match that they also want the degrees to say the same thing," Horton said.

Cox said that may be something that the administration could accommodate as an option rather easily.

George held a spot in the senate for over 30 years. He was also a Mercer Law School graduate, Georgia Supreme Court Justice and ambassador to NATO.

As a senator, he acted as chairman of the Senate Finance and Foreign Relations Committees, and his tax legislation efforts helped to fund World War II.

Jamie Cockfield is a retired Mercer professor. He's also writing a book on George titled "A Giant from Georgia."

"Walter George was a giant, not just in Georgia and what he did for Georgia. He was a giant on the world stage. He walked with kings and presidents," said Cockfield.

While he admits that George was definitely a segregationist, Cockfield said that George could be considered a moderate for his time.

Mercer professor Chester Fontenot said he is glad to see the sign changed despite the school still formally being called the Walter F. George School of Law.

"[It] makes me happy. Any time I see markers of this inglorious past of racism being removed, taken down. That makes me happy. I don’t care where it occurs," Fontenot said.

And to him the rationale does not matter, nor does the lack of fanfare surrounding the decision.

Mercer made no formal statement that the sign was being changed or that any kind of rebranding was happening.

George's name was also taken off the Mercer Law School website, besides in one spot and removed from school letterheads. His name can still be seen on the outside of the school engraved on the side of the building facing Georgia Avenue and a parking sign on the same road.

She said that the law school will continue to produce quality, but sometimes controversial graduates.

"The graduates today are going to represent views that we don't stand for, but they're also going to do good things and I think that's how we have to reflect on Senator George and the name that's attached to this law school," Cox said.

13WMAZ asked Mercer University chief of staff, Larry Brumley, when other Mercer schools like the Tift College of Education or Stetson School of Business could see changes, but he said that there was no timetable on changes at this time. He said the changes depend on a "variety of factors."