You likely won't see a huge change, just not as many colossal or jumbo onions on the shelf and possibly a slight price increase 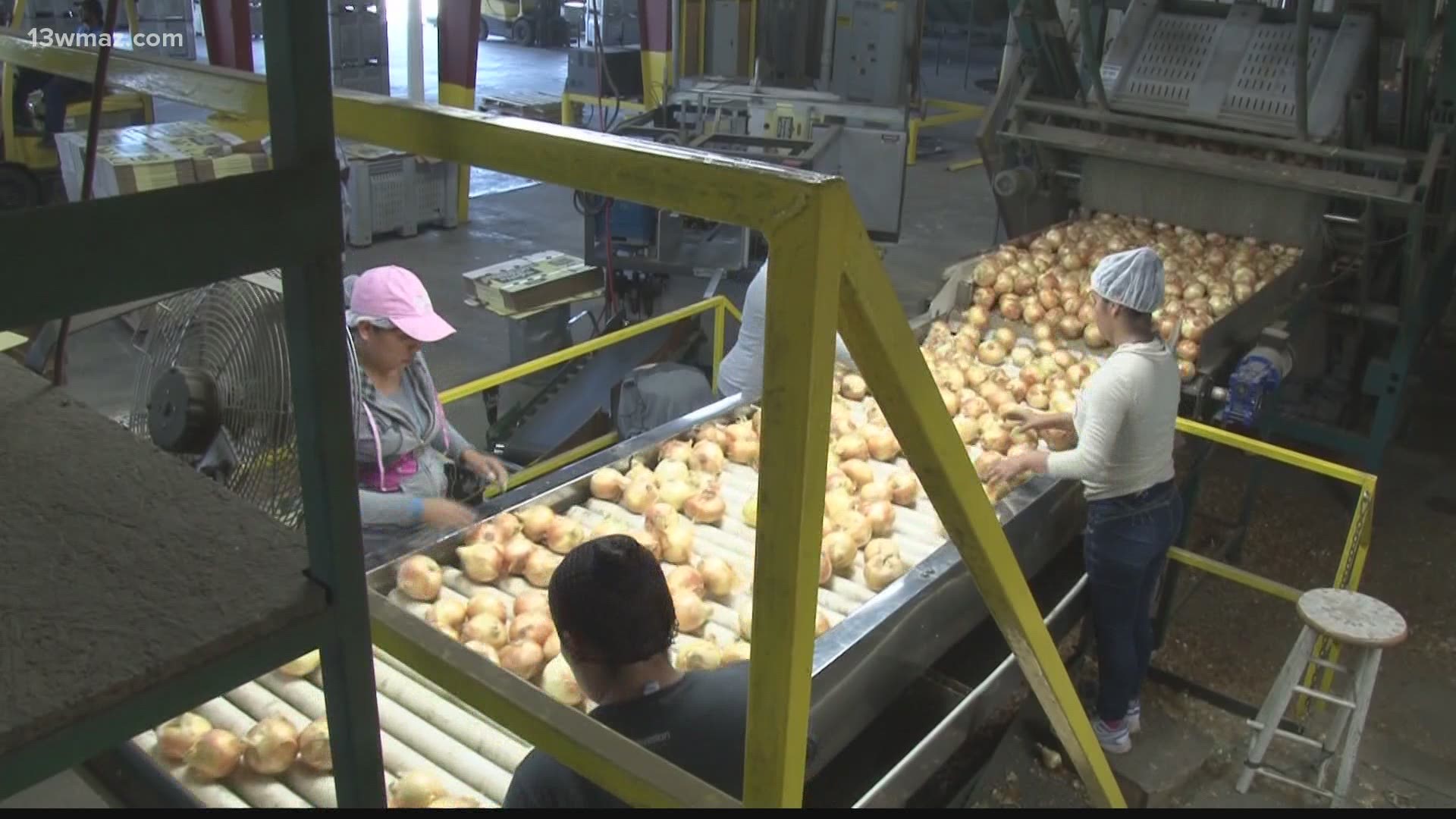 VIDALIA, Ga. — When springtime rolls around, the official state vegetable -- the Vidalia onion -- comes rolling through many kitchens.

The shipping date is April 19, which means you should get them in the stores by April 20-21. Farmers like Aries Haygood say they're a little bit smaller this year, but there will still be plenty of onions.

"I'm excited! I'm ready to get it going," said Haygood.

He oversees 375 acres on his farm and he's also the chairman of the Vidalia Onion Committee, so he's got tabs on the crop that's known throughout the country.

"This year we would check the box on it being cooler than normal," he said.

The green stems don't like that, which he says has stunted the growth.

Only folks in one of 20 counties can grow Vidalia onions, but Texas is a big competitor on the West Coast with their sweet onion.

Haygood says the monster winter storm this year hurt the Lonestar state. It could translate into a price increase at the store this year in Georgia.

"If the total demand of the product goes up, you may see a change at the retail level," he said. "Usually you're talking nickels and dimes per pound."

So you will get the onions right on time, but you may have to chunk out a little more change for the Georgia specialty.

Haygood says Vidalia Onion Festival is a go this year with country singer Rodney Atkins set to perform. This year, the event will run the weekend of April 22-25.

Vidalia is located in Toombs County off I-16 about 90 miles east of Macon.

'An opportunity for our community': New $18M hydroponic greenhouse coming to Peach County