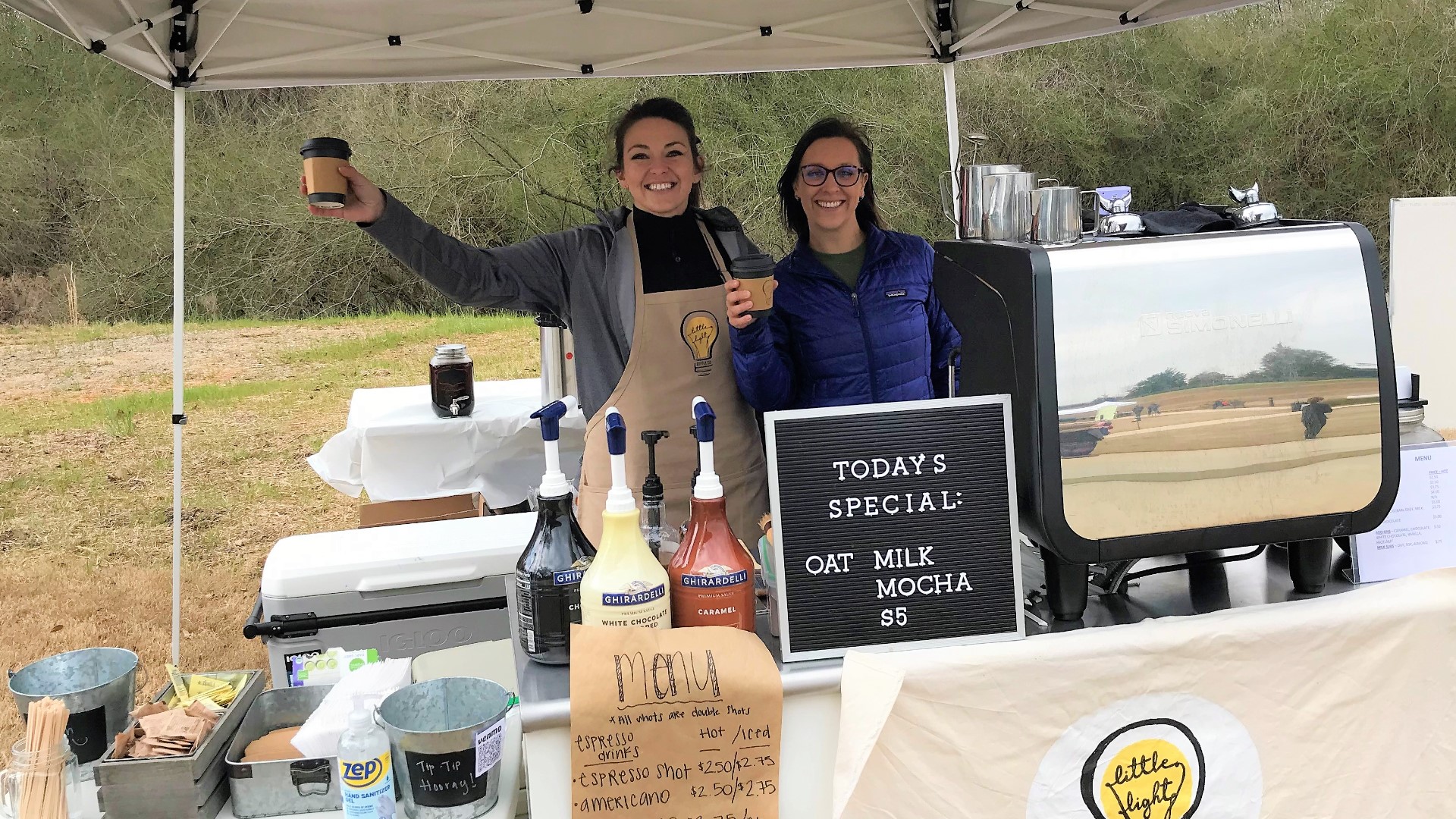 PERRY, Ga. — A new mobile espresso bar is making its way to Central Georgia events near you. Sophia Gargicevich-Almeida is the owner of Little Light Coffee Co. in Perry.

“Everything from simple catch-ups to business meetings to life-changing moments happen in coffee shops,” she said. “I just like the idea that you can bring so much joy off of something super simple.”

She says Little Light has espresso-based drinks that people can add flavors to, like vanilla and mocha. They also have chai lattes and teas.

“That’s basically like the bread and butter. It’s essentially like if you walked into a coffee shop...if you wanted to order something off the menu that’s brick-and-mortar. This just brings that experience to an event,” she said.

“We’re pretty new,” she said. “The planning and stuff has been in place for quite some time.”

Gargicevich-Almeida says owning a coffee shop has been a dream of hers for over a decade. The California native says she fell in love with coffee shops while trying to switch gears from her college sports career -- she played D1 softball at Georgetown University.

“When I was in college, I had kind of a rough time probably my junior year. I played sports through college. That wasn’t going well, school was kind of struggling, so I started going more and more to coffee shops,” she said.

That’s how the mobile espresso bar’s namesake came to be because that’s when Gargicevich-Almeida started to see the “Little Light” at the end of the tunnel. She says she found something to look forward to in coffee shops.

She later moved to Central Georgia to be with her boyfriend, who’s stationed at Robins Air Force Base.

“I needed to, for myself, kind of pursue this as well as have something that’s adaptable to that lifestyle,” she said.

Then the pandemic hit and Gargicevich-Almeida decided to take a new route by starting Little Light Coffee Co.

“I just feel like I’m doing what I’m supposed to be doing,” she said.

She says it feels “awesome and exciting” to start a new business and accomplish a milestone that’s been years in the making.

“The best part now is just kind of taking the leap and being okay with the outcome, but also kind of having that athlete mentality is really just kind of carrying through like, ‘Okay, let’s get scrappy, let’s roll up our sleeves,’” she said.